The big boys of Infinity can turn a game, but should you take them and which one is for you…

TAGs! Big suits of death dealing destruction, that are sometimes manned by pilots or controlled via remote presence. Which ever kind you run, they are sure to play a central part in your strategy and often dominate your order pool. They can also cause your opponent serious headaches if they haven’t prepared for the big boys.
TAGs are also very cool models and can form the centerpiece of a collection, letting you go crazy with paint and conversions. Most factions have one or two options, with a few exceptions like Ariadna with less and PanO with a bucketful.
Lets run through the some of the more interesting choices.

Pano – The big bad TO Cutter The rich boys of Infinity have a wealth of choice when it comes to TAGs. But worthy of note is the Cutter, known and feared mainly for being able to use TO Camo. It feels like cheating, I mean a TAG is hard enough to deal with when visible, but one that can be totally invisible? Yeah, that’s why folks hate the Cutter. getting mauled by a camo attack from a unit with such devestaing wepaonry is just plain nasty.
It’s TO camo is the big trick here, but it will be hitting you with a BS 15 Multi HMG, or a toasty close up heavy flamethrower attack.
So how do you cut down the Cutter? Well, burning off that TO camo is a good start, leaving it with average TAG defenses including a very hackable BTS of -6. Does what ever a spider TAG does. Which in this case is carry other units around, and have the option to pop a pilot out. Yes, a TAG that has standard big boy guns but also plays crazy taxi thanks to having the braces special rule.
Being able to carry a dude is definitely a bonus to this TAGs trick bag, but it also has the heavy grenade launcher option, which means it can lob pineapples of doom your way all day. Then drop off a nasty passenger to finish you off.
Look to hack it if you have some whizz kids in the ranks, otherwise it has average TAG stats. Just be very aware of what unit it is giving a ride too. And watch out for the bonus pilot when you do down the beast. Nomads have a decent range of TAGs, from the light Geko to the Lizzie with HMG toting pilot. But the Szalamandra is highlighted for it’s rare weaponry. The HMC has the highest burst rate, meaning this guy will be rolling 5 dice, with armor piercing rounds at str 15. That’s going to take down most things, or several things in a row. Being a Nomad TAG it’s also not easy to hack with a BTS of -9, and then it has a pilot to keep the order pool healthy. It’s also a ‘cheap’ choice at only 90pts.
When facing the HMC, be sure to avoid grouping units, specially link teams. Look to take it out with big guns or/and camo surprise attacks from behind. The aliens have access to four TAGs, one that drops in with an explosion, another that has TO camo and bounds around the place, and one with a freaking huge gun. But it is the Avatar that is the most fearsome, and the most expensive. You will learn to respect this one.
The Avatar has a wealth of deadly options, from taking control of the enemies units with a sepistor to playing mind games at deployment with strat level 3. When that fails it will just beat face with a BS of 15 and hit you with one of many heavy weapons. If you want to hit it back you will ned to beat its armor and optical disruptor (-6 to hit).
How do you face such a monstrosity? Well, unless you have some very dedicated tools you are looking at starving it of orders. At such a high point cost the support is likely to be low, so go for them and restrict what the TAG can do. Glue guns and evo repeaters will also come in handy.

Mercs – A TAG with a little friend, Scarface & Cordelia Scarface and Cordelia are the merc team of light TAG and engineer. While officially limited to a few sectorials, they get a mention here as the wildcard. While not as durable as some other TAGs, this team comes with a few handy rules and can fill a gap in a list. It’s also a very cool model.
Scarface is quick, and his loadout packs a punch with twin Mk12s and a Panzerfaust for good measure. He’s cheap and also has Cordelia to patch him up when things don’t go to plan. The light TAG is a nice choice when you don’t want a point sink but still want something with a bit more firepower.
Scarface will run at you, and that means it will be in healthy range bands quite often, and with a light armor it can be taken down easier. Just watch out for Cordelia putting him back in action, and Joe himself ejecting to hit you with a shotgun blast. There are many other cool options across the factions, and i’ve just picked out a few here. In general, taking a TAG is a big chunk of points, so you are betting on it doing a lot. To do so they will need orders, and this can relegate other units to a cheap support role in order to fuel the big guys rampage. This can heavily focus a list and deny you options, specially for missions which require specialists. But then a TAG can be extremely destructive, and hard to take down without the proper tools. Your opponent will be forced to deal with it, in one way or another.

TAGs are also good with spec fire due to a high BS, so often they can sit back and pepper your lines with heavy grenade fire. This means unless you have high terrain (and you should!) they can take a game by the scruff of the neck. Facing them in ARO is also dangerous if they have a multi HMG which can return the right kind of ammo to win the face off and do serious damage.

Hacking is often a cool way to take them down, or even control them in some cases. Risky, but with an EVO repeater you have better odds at succeeding. Failing that, hit them with a glue gun and turn them into sticky statues. In contrast, protecting your TAG with a solid hacker and engineer is a good way to protect your investment.

Overall they are fun, and really do add a lot to the game, both in spectacle and strategy. Play around with them if you haven’t used them yet, and also share your TAG tactics if you’re a veteran.

Do you run a TAG often?
What’s your fave?

Author: John Archer
John is a tabletop wargamer with over a decade of experience. His area of Expertise is Corvus Belli's Infinity. He began writing for BoLS in 2013.
Advertisement
Editorials Infinity The Game Miniatures Rules
Advertisement 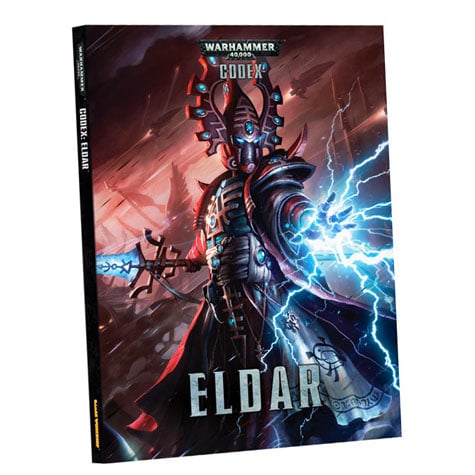