Want a dash of green for your city? Or maybe a whole jungle board for Paradiso? Well here is how you can make really cheap and easy trees for your boards… In a quest for foliage to fit in with my Infinity terrain I looked high and low. While I could have taken the expensive […] 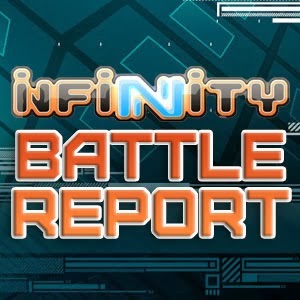 Time for another must-see battle report, as MascisMan brings his freshly painted Haqqislam to tussle with the fury of my Japanese Sectorial Army in a 300pt showdown.  With the wrapper just off the new Infinity Tournament System 2014 missions, we decided to test one out. We randomly rolled between a few missions we liked the look […] 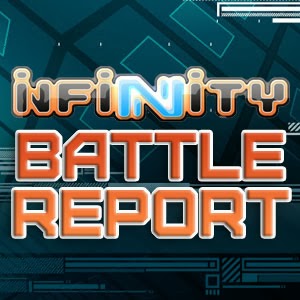 Yu Jing tussle with my Nomads in a real thriller with vanilla! Check out the future violence in this custom scenario ‘Weird Science’… with LOTS OF PRETTY PICTURES! Editor’s note: You REALLY want to click on the pictures to see them in full detail. MascisMan and I decided to throw our fully painted armies into […]

The much anticipated Iguana arrives, along with some Aleph, Ariadna and PanO goodness… Look for these to be hitting shelves in OctoberNomad fans have waited a long time for the Iguana, and it’s finally here… While their rivals Aleph get a new character… Ariadna sees the heavily armored Caledonian Mormaer get a new addition with […]

Infinity – How much terrain do you need?

Terrain plays an extremely important part in Infinity, but how much do you need and how should you set your table up? Lets take a look… How much terrain do you need? If you are new to Infinity then there is one aspect of the game that you really (really!) need to wrap your head […]

Putting aside my vanilla ways, I take a look at the pros and cons of making a sectorial list in Infinity… What is a Sectorial Army? Sectorial Armies were introduced in the second book, Human Sphere, and give players a more focused approach along with a few new toys exclusive to sectorial lists. The Sectorial […]

The big boys of Infinity can turn a game, but should you take them and which one is for you… Tactical Armoured Gear TAGs! Big suits of death dealing destruction, that are sometimes manned by pilots or controlled via remote presence. Which ever kind you run, they are sure to play a central part in […]

Infinity – A look at Tournament Play

Levitas here to take a look at the Hacking mechanic in Infinity. It’s not just a keyboard in a gunfight… Hacking Info war is a big part of the Infinity future combat universe. Often you don’t need to fill a heavy infantry with holes, you can just turn it off instead. Teams can send a […]

Levitas here, Lets take a look at those elements that pull the wool over opponent’s eyes, and steal their lollypops… Over the last few articles we have looked at the overall picture of Infinity, and the basic mechanics of the game for new players. Now lets dig into a few of the games cool features, […]

“I’m putting together a team…” Levitas back for new player list building, and how it differs from other systems… It’s what you do with it that counts “Its not your list, it’s you” is possibly the unofficial tag-line of Infinity. It’s certainly one us players like to proclaim in sigs, banners and tattoos (maybe). But […]