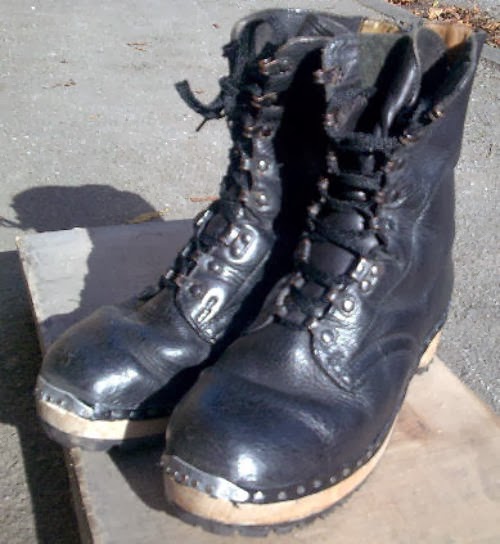 “Blogosphere, this is Houston.  It’s a Terrible Tuesday and your host is a go.  Good luck, maybe goodbye.  It’s a Grim Dark Future out there.”

As an aside, I wonder if any of the Emperor’s Finest will ever run into space junk from the various ages of man.  Voyager?  Or a commercial satellite from the Age of Strife?

Confused yet?  Don’t be.  This is just the internal monologue of yours truly, Brent, your Terrible Tuesday host and a Strictly Average sort of hobbyist.  None of what you read has anything really to do with the question I’ve gathered you here to answer, which is:

Would you support a one-month media blackout of Games Workshop products?

Before you read on, realize I speak only for myself and not for Bell of Lost Souls.  BoLS is a collection of hobbyists and gamers… but BoLS is also the business property of Big Red.  I have zero control over what he may choose to do.  He’s read this article maybe an hour before it’s reaching the Blogosphere at large…

…assuming he chooses to publish it.  There’s always the chance I’ll go too far, I suppose.

Here’s my thinking.  Games Workshop has done a pretty admirable job of blacking out information to us, the purchasers of its product.  It wasn’t always this way – once, GW leaked like a sieve and it seemed everyone was only too willing to spill the beans on all the good stuff heading down the pipe.

What I like to refer to as the good old days.  But were they?  Apparently Games Workshop believes there is some adverse monetary impact in being decent to its legion of fans who just want to chat about its products in early release of rumors or images.  They must, right?  We all know they’re ever ready to ship out Cease and Desist letters.

I suspect that’s what Andy Chambers is doing these days.  Just stamping them along like license plates in some monstrous machine that belches smoke and is greased with Bacon Buddies.

What’s that you say?  Games Workshop had to tighten up based on its contractual agreement with New Line Cinema over the Lord of the Rings and now The Hobbit, so it can continue to license the product?

Except who, exactly, is talking daily about that game?

This rant editorial is a bit off the rails; I realize that.  In order to work, a Games Workshop blackout would have to include all the major blogs and forums.  While not impossible, since we’re a fairly small community (all things considered), it’s impractical.  All it would take would be one scab to break the line.

Because the point would be – in my deluded thinking – letting Games Workshop realize that the Blogosphere promotes the hobby and therefore promotes sales.

Maybe they would lighten up on us a bit, right?  Hey, this isn’t my first choice – just how often have I written about anything other than Warhammer 40K?  But like the beaten boyfriend I am, I can’t help but wonder if GW appreciates me.

Do you appreciate me, G-dubs?  Do ya?  Because I can pull a month of quality Infinity, Confrontation, Malifaux, and Privateer Press articles out of my hat, no problem.

Why can’t we kiss and make up?  Your website alone doesn’t cut it, and it doesn’t do it better than Bell of Lost Souls or Dakka Dakka.  But I love you I do.

I’m just tired of the neglect.  You don’t appreciate me the way you used to.

That’s that, boys and girls, Unicorns and children of all ages.  Your turn.  Would you support a ban on talking about Games Workshop products?  I don’t mean a ban on purchasing their products; that’s the kind of thing that causes people to lose their job for no good reason.  No, I mean a month of content other than Warhammer and Warhammer 40K.

What would be the impact, if any?  As always, this article isn’t finished until you add your thoughts and comments.  And, of course, hugs and gropings are never amiss among consenting adults, am I right?