Dr Denzarklove, or, How I Learned to Stop Worrying and Love the (Escalation) Bomb… 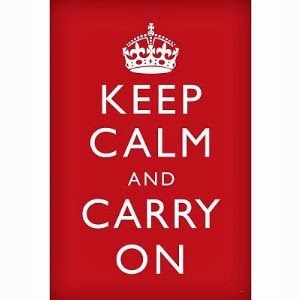 I’ve got to confess, I’m not worried in the slightest piece about Escalation. I thought it may amuse/distract/enlighten people to know why.
A guest editorial by Denzark
1. Firstly, The underpinning basis for what should (yes I said should not does) is the points system. I have posited before that the points system is like latin for 19th century doctors – it is the system which gives common ground the world over; 1500pts of 1 army should equate to 1500pts of another army. That being the case, a player must have faith in the points system. If you don’t, then you must surely think you will never have a game that is fair ever. And why would you play like that? Unless you and your opponent take identical armies. I know in reality various forces represent better economies of scale than others, but unless you have a basic faith in the points system, you must therefore acknowledge you will play handicapped at some time.

2. Next, if you have faith in the points system as described above, then you would see that the points for SH units are high. These represent a significant chunk of your force – which can always get whacked by a lucky single shot. If you think the points are roughly balanced, that includes that the inclusion of a SH is a fair chunk of points. So you have a force with 8+ scoring units (combat squads) – you ignore the SH, kill the 2 minimum squads of Dire Avengers which is all the opponent can afford after the big boy, and win the game on the objective you placed solidly behind LoS blocking terrain. On the subject of points there always seems to be the UK/US split – 1500/1750+. Across the Atlantic everything is supersized and all that. At 1500 the ability to push in a SH is heavily limited.

3. Another point is an interesting post which can be found on the Warhammer World Facebook Page, where a player asks if the Escalation and Stronghold rules will be allowed in the GW flagship tournament, Throne of Skulls. The answer was that Escalation was viewed as an expansion similar to Spearhead, City Fight or Planet fall, and would not be included in their Tourney. Now, this was caveated with the fact that the WW boys had not sent the books at that time. But a more relevant point perhaps, is that the TO of any given event is well within their rights to include or exclude anything from within the rules. I personally dislike removal of rules from within the BRB – I want to play ‘standard’ 40K but I can vote with my feet if I don’t like.

4. The last point links to the above. Free will. If you don’t want to play against SH, then don’t. Pick ups, friendly’s, pre-arranged in your man-cave – just don’t take part if you don’t like. No-one can force you to and, as the rule is not within the BRB I think you have the option to not go with it. I can’t see why people think escalation must always be allowed if you don’t want to. I’ve played a game with no units with AV allowed. I’m sure I’ll play games with no SH to be allowed. So quite simply, do I think the sky is falling? Na. A 20-man necron blob will still glance these big buggers to death whilst 6 croissants kill the 2-minimum kitted troop squads that are all the player could afford after buying big-boy. MCs are still harder for me to kill without poisoned weapons, than a box of metal that will go boom with lucky dice.