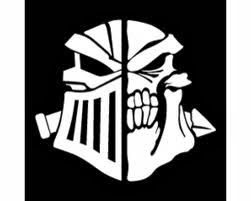 Last week I tried to write a positive article about Games Workshop and Warhammer 40K.  At the end, it was sorta positive..?

Today’s article is a different beast entirely.  I’m really keen on WarmaHordes right now so I thought I’d take a stab at telling you why.  We’ve got other Privateer Press writers on BoLS; my take is that of a complete newbie, so for those of you who haven’t contracted the bug started playing, hopefully this is an accessible article for why you should consider the investment.

As an aside, yesterday my pal Goatboy took a shot at me in his article, saying he wrote a ‘Brent-like” introduction.  Not sure what that means.  Anyway, my impulse is to type for the next fifteen minutes but I’m on a deadline, so let’s get right to it. Era of the Collector

The price of miniatures becomes more and more important with every year that passes.  Not so long ago I knew a number of people who were able to support a “One of Every Army” ideal, but with modern pricing and the desire to support more than one game, that kind of player is becoming a rarity.  I’ve been calling it the Era of the Collector, when someone chooses to collect either the models that appeal to them the most or simply choose the armies or ranges to support.

WarmaHordes has almost embraced that concept.  First, let me say the support Privateer Press offers its players online is great… and probably the absolute minimum a large wargaming company should support.

I mean, forums!  What a novel concept!  Yes, I know Games Workshop used to support forums.  Yes, I know why they stopped.  No, I don’t think that’s good enough, though places like Dakka Dakka, Warseer, and the BoLS Lounge benefited. Interesting, the forums are divided into Communities – and gamers often talk about “our faction,” which means to me they take pride in supporting, collecting, and playing their preferred WarmaHordes faction.

Me?  I’m a Circle of Orboros player, though not really a very good one.  (Story of my life, there; when I really love a game I tend to suck at it, Warhammer Fantasy being the decades-long example.)

Still, online support and a thriving digital community has given me the opportunity to lurk and do my homework.  My next goal is to start playing in tournaments.

This is going to be the longest section of the article, simply because it’s easiest explained with pictures.  Anyway, Privateer Press supports an App called War Room, and within the last week there has been an update that’s significantly improved the ease of use.  I include this because I see it as an example of longterm support. These are screen shots from my War Room.  Until the last week, I only purchased Menoth, Circle, and Minions, but I opted to pay the $60 bucks to open them all.  I see this as an investment in the game, since it’s fairly important to understand what your opponent can bring to the table.

Point is, the app itself is free, but with minimal content.  It doesn’t cost much to purchase access to the card set of the faction you’re supporting, and it allows you to create army lists and look at the card set till your heart is content. This is a copy of “Kaya Prime” or pKaya.  In the game, Warcasters have different versions based on the fluff, so in a sense the game isn’t stagnant just for ease of development.  The card is offered in the free version of the App, so I don’t think Privateer Press will be all that upset that I’ve included an image.  If they are, we’ll be happy to take it down.

But this is the card you get with the miniature – having access to a digital bank of updated cards is just awfully nice. Did I mention a rules reference?  I own the basic copy of the game and my faction army book, but I don’t need more than War Room when I’m playing.  It’s incredibly easy to reference the rules during a game, and it’s a complete version, straight from the rulebook. At its most basic, War Room is great for building your army list and referencing rules during a game. There is a feature called Fight that’s also supported, where you can keep track of models during a game or even sync with your opponent should he or she have a copy of the App.  Good stuff!

We all know Games Workshop has publicly stated time and again that their game isn’t intended for competitive play.  Personally, I don’t get it:  a game by its very nature is usually played against something!  Further, with so many people wanting to embrace the more competitive aspects of the game, it would seem to me good business to encourage it with some level of design support, if only minimally. Privateer Press has thrived, at least in my opinion, by embracing the concept of competition.  It’s not designed so every option doesn’t have a hard counter; far from it.  Rather, the tournaments use multiple army lists so players can try to avoid that type of bad matchup.

(As an aside, that’s WarmaHordes’ way of dealing with balance issues, and Magic the Gathering has a sideboard:  why is it the community can’t develop something similar for Warhammer 40K or Fantasy?  But I digress.)

Anyway, I’m not suggesting the game is universally balanced; I’m far to new to it to have an educated opinion.  Still, it seems the developer support is there – that makes all the difference to the future of this game.

Play like you got a pair!  (I don’t see this as excluding our female players; I’m pretty sure my wife has a pair – mine – so there’s got to be something to it.  I live in a benevolent dictatorship, I do.)

Page five is infamous, and if you haven’t given it a read I suggest you do your homework – it’s worth it.  It’s a short refutation of everything that can be wrong with playing a game, but Privateer Press just isn’t having any of it.  No whining!

That’s it again, this is another Terrible Tuesday article in the bank.  Your turn:  any thoughts or comments?  Hugs and gropings?