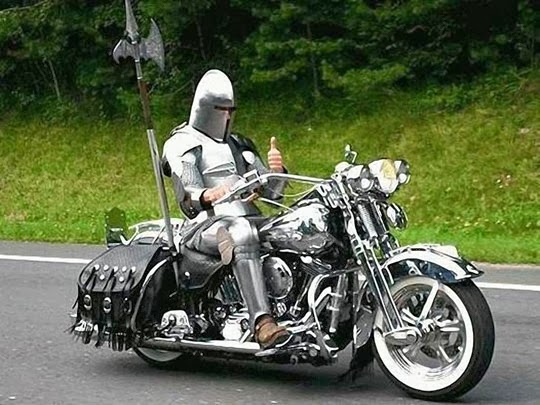 I think the only thing that would have gotten me more jonesing for some plastic crack would have been those rumored Greater Daemon resculpts.  Alas those haven’t paned out so instead I look forward to creating my Barbarian Knights (aka GOAT KNIGHTS!).  Muahhahaha!

So with that in mind I want to showcase some list breakdowns I have sent to buddies.  Will start with the terrible ones that most groan at looking at.  I don’t play these as I feel they are just math tests to see what might be “broken” by the lists.  It is always a way to gauge what people think the power levels are and to see what might be a pain in the arse.  So with that in mind – all of these lists are dealing with Marines as the counterpart.  Right now I think the Knights help out the Imperial side of things and give the Marines a nice bit of power to help them out.

This list might be illegal due to the nature of how the Knights will work as part of the army.  If it just an Ally then the White Scars part will dump out – it is like the Inquisition well – yeah then this works.  But yeah – I kind of hope it doesn’t work heh. It looks a bit all over the place but I want to have variation in the units and think it gives you a lot of options to hurt all sorts of units.  Plus – you can do some crazy looking knights.  Obviously the ability to create a Super Friends unit in there with the two Chapter Masters plus having 5-6 scoring units will be a big help.

I think Marines get the most out of the Knights because it allows a unit that takes a lot to remove, thus saving your marines and adding durability to the army.  While this list has a lot of what I feel is wrong in 6th edition (Battle Brothers and IC nonsense) it at least doesn’t have a crazy reroll, insane psychic powers, or flying things.  Still I think it has merit and is worth a look at when building new lists.

But this isn’t the list that excites me.  I wrote another that just screams insane to me.  I wrote it for my buddy Nick as he wants something decent with Marines.  I know it needs work but hell it sounds goofy as all get out.  Plus you get to play with Super Marines. This is a go big or go home list.  You are rushing the enemy, getting involved, and hopefully playing some of that Dirty D.  The two 4 Wound pain in the butts are coming in, you have enough combi-gravs to piss someone off and then you can hopefully get involved in some power fist love.  The Amount of 2+ saves will be a pain too.  I am not sure if the Tech Marine is worth it – but getting a 4+ cover save on those knights with some terrain might be good if you are fighting a large army with multiple threats where your shield might not help.

So far I have only been thinking of Marines and feel the 2 Knights is the most you would ever need.  I like them as a single choice in a lot of basic lists too and think they will help a lot of those Imperial armies that need a crazy strong Scoring unit mixed with an offensive threat.  The lack of air ability hurts and this makes me thinking just having one is what you need in most lists.

But here is my final Marine list.  Just a random thought – trying to use a Full Drop list with one Knight Paladin Next week I want to talk about some things that annoy me during events.  We’ll see what people think of that – and it isn’t losing :).  It’s more the idea of what you are wanting when you pay the money, travel, and take up your time when you go to an event.

Until then – watch out for those Knights! Who already bought some and who has already drawn blood with them on the tabletop?