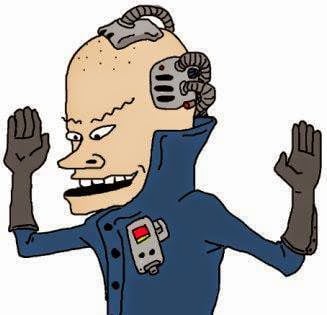 If there is one single thing about seventh edition that’s completely different most people agree psychic phase (and it quite possibly become the biggest focus for angst here soon)!

So I figured I’d kick off the Spikey Bits series of 7th Edition Boot Camp articles with that phase to help everyone (including myself) learn what changed, and more importantly how to apply it in game.
Good or bad it seems like the psychic phase is here to stay, and since it makes up 25% of each turn it seem like a good idea to focus on that first!
Here’s my part one notes from this new phase with my interpretations.  This is by no means a comprehensive all encompassing exposition on the new phase, it’s just an attempt by me to share what I’ve learned after studying the book and playing a few games with one of the best players in the game itself, Ben Mohile.
Feel free to use this list with your games, or even to repost it to help others with their games! MBG’s 7th Edition Boot Camp – The Psychic Phase Part One
Psykers with weapons that have the Force rule have Force Power (Mastery Level 1), and can cast to make all weapons in unit with the force special rule grant instant death.
Psychic Focus – Choosing all powers from save discipline grants primaris for free (even if you just made one roll, lol)
Casting Psychic Power
To generate warp charge, active player rolls d6 then both players add their master level on the tabletop to that roll to determine their determine Warp Charge Pool (active player), and Dispel Pool (defending player)
To cast a power, declare how many dice will be rolled to attempt to manifest said power, each roll of a 4+ makes a Warp Chage Point.
If the number of Warp Charge Points generated is equal to or greater to the charge cost of power (after dispel attempts) it works.
Two or more 6’s cause perils and some disciplines cause perils on just a doubles result. If the caster perils, roll a d6 and consult the new perils chart. It’s like 50/50 something very bad happens, and almost certain something unfortunate will happen. Dispeling Powers
To deny, opposing player declares how many dice from their Warp Charge Pool they would like to use to attempt to dispel.
Each dice roll needs a 6+ to cancel a successful Warp Charge Point.  If being targeted specifically the following bonuses apply: +1 if psyker/brotherhood, +1 if higher level, +1 if Adamantite Will etc.
Psychic Hoods now allows a Psyker to deny the witch AND give bonuses above if applicable) to a unit within 12” of a Friendly? Model (RAI)
**the same spell can not be attempted more than once per unit, regardless of success or failure**
Types of Psychic Powers Section (Changes)