How to Bring Sexy Back? – Banning Battle Brothers in 40k 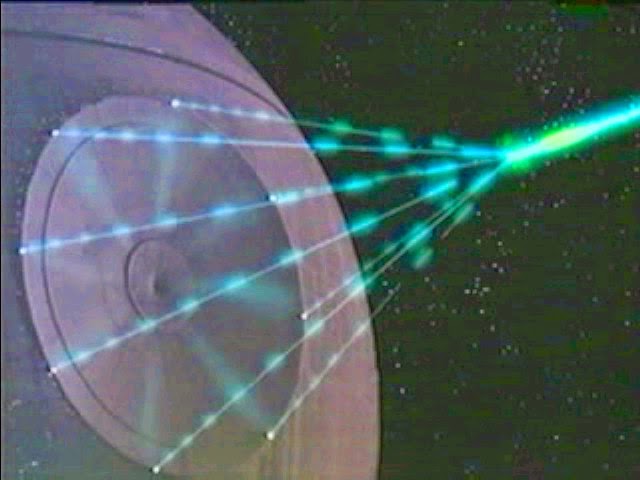 Slow, stagnated, and dying Warhammer 40k seems to no longer be a game of skill or tactics anymore.

It has, depending on who you talk to, morphed in less than a year to become a game of how do I make this squad do everything, and win.

And win those squads do, but the cost may be too much for the community to bear.

First Step is Admitting it.

When something seems to stagnate or plateau it will require outside stimuli to correct the issue. Normally new codex books usually do the trick, progressing the game forward and shifting the meta.

However there seems to have been no big meta shift since last fall, despite the attempts of Game Wokshop and Warhammer World introducing / enforcing Escalation respectively.

Even the so called “Super Friends” Space Marine bikers list that we came up with on Forge the Narrative, while being a great alternative to playing Eldar plus “X” army, hasn’t been able to defuse the Death Star situation fully.  Tyranids haven’t made a respectable dent yet either.

We’re Not the Only Ones?

While searching for gaming comparisons to our current dilemma, the only similarities I could personally draw on were from Magic the Gathering.

Wizards of the Coast (the maker of Magic the Gathering) puts out a banned list that adjusts the meta of a variety of magic formats via bannings.  Their ban hammer seems to come down quite hard when a majority of the same deck archetype consistently places highest at major tournaments.

A huge change hasn’t happened with them for a few years since Caw Blade ran the Top Sixteens at most events a few years ago, and when action came several of that deck’s key cards became banned.

Perhaps an eerie parallel can be drawn between a card Wizards banned more recently, and Allied Detachments / Dataslates in 40k.

Mental Mistep was a card that ANY player could play regardless of color, that countered another spell with a low casting cost.

Long story short players were sideboarding this card, just to counter their opponents from playing Mental Misstep’s themselves.

The problem escalated until at one major tournament the top 32 decks had a total of 128 Mental Misteps (the total legal limit each of the 32 decks could have) which resulted in an emergency banning by Wizards the week after.

So Whats the Problem?

One of the major problems currently is there is no Wizards of the Coast calling the shots in our hobby. Games Workshop pulled out of 40k “Organized Play” in the US a few years ago, leaving a loose fiefdom of Tournament Organizers loosely working together to interpret rules, and run events all over the United States.

While it’s great that these guys stepped up to keep the game moving forward (thank you very much gentlemen), and issue rulings about things Games Workshop can’t or won’t, it also means that nearly every major 40k event will be just a little bit different when it comes to certain rules etc. That’s both good and bad, as while each TO knows what’s good for his event, it may not jive with whats good say in North Dakota for instance.

Another major problem may be Death Stars in general.  Finding a way to make a super unit get every special rule that it needs to become nigh invincible hearkens back to the Hero Hammer days of Second Edition, and creates a feel bad experience for your opponent who can seemingly do nothing.

Not because he didn’t go first, or roll bad etc, but because from set up he never had a chance to win based on the interactions of the Death Star unit vs his army (or any other army save another like one with a similar Death Star unit).

One other factor may also be an issue, missions.

Currently some armies will just excel at certain mission types. Eldar for example have Jetbikes that are super good at hiding and moving last second to scoring objectives for only fifty some points. Plus they have a 3+/4+ cover save to boot! Daemons can make tight armies that excel at taking kill points, while not giving up that many in return.

The point is, the current mission types may contribute to making it easier for certain army builds to secure win conditions easier than others.

Can We Fix It?

I wouldn’t get you all wound up if I didn’t have some ideas on how to help fix what many see as a problem.  I really loathe being negative or giving the appearance of negativity about the hobby, so I jumped a chance to help with this issue. Over the last month or so I’ve been talking very seriously with a lot of people in general about the issues I touched on above.  We’ve talked about about some of them on our podcast Forge the Narrative as well, and I had a ton of 11th hour discussions with Paul and Kenny among others before writing this article.

I’m not saying I have all the answers, or even that this is how YOU should play. All I’m saying is I think there is a problem, and I am in a position to help the hobby that I’ve participated in and grown to love since the late 1980’s.

The suggestions I’ve outlined below are actually being put to use for tournaments my store FTW Games in Richmond, VA and have received a lot of positive comments about their effects on the game thus far. (I’ve also heard that Drop Zone Games in Glen Burnie, MD has similarly adopted a no allies rule recently for their tournaments)

Theses suggestions are by no means set in stone and not subject to tweeks and/or updates as well.

To encourage more interactions between players, I think changing Battle Brothers to Allies of Convenience would cut down on the amount of Death Star issues currently “plaguing” the meta.

Checkout the new allies matrix below where Battle Brothers have all been changed to Allies of Convenience. Keep in mind all normal detachments such as Inquisition or Imperial Knights would still be legal for play, however if they were Battle Brothers with an army faction, now they are Allies of Convenience.

Plus Tyranids get a fun little boost that is really just for our local scene here at FTW Games, and can easily be reverted back to Come the Apocalypse for major events elsewhere.

But I think it’s kinda neat and can be used to represent Genestealer cult lists (with ‘Guard or Tau), or just faction(s) either entrancing or enslaving the Hive Mind or vice versa.

There are of course a few restrictions with Tyranids and the new Allies chart previous.

1.     Tyranids armies will now use our new allies chart with the following exceptions;
·         Tyranids are considered ‘Allies of Convenience’ with each other
·         Wargear and Special abilities that affect your Tyranid detachments (or your opponent’s army) DO NOT stack, unless specified by a Codex, FAQ, etc. (Shadows of the Warp for instance, will not stack from two different detachments to make psykers -6 to casting psyhic powers).
·        Synapse is universal for all Tyranid detachments, as there is only one Hive Mind. Conversely any negative effects of Synapes affect all Tyranid models as well, including but not limited to things like Synaptic Backlashes, etc..

I also feel that running the Forge the Narrative mission pack with this new Allies Chart allows for even more interactions between armies as well. It’s quite possible that missions with progressive style scoring help to keep games even tighter, and therefore keep the players invested in the game both socially and mentally longer.

Well if you like my suggestion, get playing. Try it out in your club, or store and see what YOU think. Sure it does not solve all problems, but it’s what I feel like is a good start. Yes it still allows for some weirdness like Screamerstar still, or even snap Chaos /Dameons and Tyranids Flying Circus builds, however there are solutions for both of those issues.

I’m not going to get into a huge meta rant here, (see Goatboy’s No Battle Bros Meta article here) but first off Screamerstar has a ton of vulnerabilities (even more now so with Astra Militarum), not withstanding Space Wolves just turning off their powers on a 4+.

Plus Flying Monstrous Creatures are a little easier to deal with these days too with a slew of dedicated Anti Air units as well.  Thankfully we have two years worth of games to draw strategies to fight flyers now.

Sure Eldar may also be the normal go to in this type of environment, but with FTN missions they loose a little of their natural (some may say overpowered) edge.

Me and the guys from the FTN Podcast think playing the new Allies matrix with the FTN missions should give a great experience for both players, allowing for tighter games, and better experiences overall.

Then again Games Workshop may just fix everything with a new edition this summer, but hey at least we tried right? -MBG

Hey but for real though, a lot of dedicated hobbyists put some time into coming up with this “fix” please try it out and let us know how you feel.