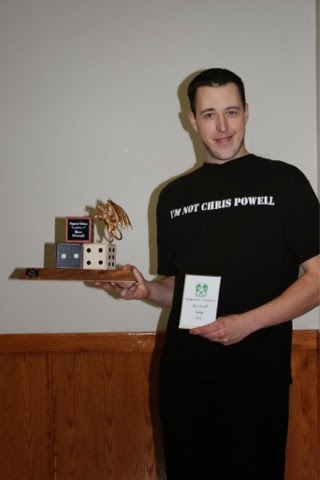 Scoring in Fantasy is really quite simple: each scenario has a section called “Victory Conditions” that tells you who wins. Sounds simple right?
It isn’t always so cut and dry though. I run tournaments and grand tournaments and I found it very interesting how I let the scoring of each be so very, very different. As usual, though, there is a big difference between casual games and tournaments of any size.

In the rulebook you find the “Scoring” section on page 143 and is actually called “Victory Conditions”.

That last one is frequently forgotten and so is the wording of some of the others.

A big problem of gaming for a long time is getting set in the rules of an old edition.

In 7th Edition you simply got points for killing the enemy BSB, it didn’t matter what the circumstances were.I find it rather interesting to re-read the Victory Points section and realize that my BSB dying from shooting or magic does not award Victory Points to my opponent.
Another one people frequently forget is that table quarters do not matter anymore. That was another 7th Edition rule.

With any score system there are three options: you Win, you Lose or you Draw.

Have you ever had one of those rare but terrible games where you are just not enjoying yourself your there are just too many problems and you would rather just quit and end the game? It happens very rarely, but that situation and any games you have where you get to a point where you realize there is no chance to win or recover so you just “call it” have a Victory rule of their own. On page 143 of the Rulebook it is clear: “…if one player concedes the battle, the game ends and victory goes to his opponent...” You might be surprised by how often people argue that.
In most game situations after you calculate your Victory Points the spread is quite thin: the person who has the most Victory Points wins right? Nope. To win you actually need to have at least 100 Victory Points more than your opponent (you’ll need to see the Errata to find the actual rule stating that fact). Anything less is a draw.
100 points….Its not much and it is easy to give up by letting your opponent kill too many chaff units (I know because I tend to lose that way a lot).

So when it’s not Victory Points what is it?

There are two scenarios in the rulebook that give you a specific thing that must be accomplished to win. Oddly these are also the two most hotly contested scenarios in the rulebook as being “dumb”
Blood and Glory–page 148–specifies “the first army to break the enemy wins the battle”
Watchtower–page 150–specifies “at the end of the battle, the side that controls the watchtower is the winner”
I would say that is very clear as to who wins and who does not.

As I said a tournament can be very different than a casual game. I run two rather different score systems for my events and would love to hear how other organizers score their events.
As a tournament is an accumulation of games through a set day or day that means you have to figure in wins, losses and draws into an overall system.

The monthly tournaments I run are simple. You can see the results of various events I run on my blog. Each game is scored as a Win, loss, draw and I instruct to figure out Victory Conditions based completely on the Victory Conditions in the scenarios in the rulebook.
On the score sheets I provide they then mark whether they won, lost or drew and I have a points value assigned to each.
After each game I add up the overall points and at the end everyone votes for their favorite opponent of the day. The Winner of that tournament is the person who scored the highest and is usually the person who wins all 5 games–especially if they also received any favorite opponent scores.

Kippers’ is in its third year and I developed a series of scenarios based off those in the rulebook and developed an event scoring system that I thought worked will. I might have a few tweaks this year but for the most part it will remain the same. In my system under Game Points I have adjusted the Victory Points spread so that to be declared the Winner there had to be a minimum of 350 Victory Points between players. A Win was worth 15 points to the tournament overall score.

We also included Special Missions. There was a set of missions provided, players rolled off to determine which mission they would have to accomplish that game. If they succeeded in their mission they received 10 points. If they stopped their opponent from completing theirs they received an additional 5 points.
Objectives. In addition to the Special Missions every game included 3 Objectives. Each Objectives was worth 5 points.
The last 5 points I assigned to General points. I included this section because in other events I saw players (myself included) being lazy about following tournament instructions. Simple things like being able to provide your opponent with a physical copy of your army list, having your own templates and tape measure. I even gave a point to making sure you showed up on time for a game. They seem simple but for some people that is the most frustrating part.
So each game in the overall score was 50 points. The neat part about how I divided points compared to other events I’ve been to is that the person who wins every game may not win the event. I have always felt that an overpowered army simply meant to crush your opponent didn’t make for a very fun event so threw in these other components so that the real winner is actually someone who can general their army effectively and succeed in a variety of situations. But it also opened up the possibility that people with weaker armies could still accomplish the Special Mission or hold Objectives without having to actual win the Game and still be in the running for Best Overall.

I was not let down, people who might be in the bottom scores for other events were in the middle or top scores. Under dog armies stood as much chance to win as others. This method of scoring made it so players had to think about how they were going to play and not just throw down and wipe out their opponent.

No matter what your event: whether casual or tournament play you will always be told what you have to achieve to win. The rest will be decided by the roll of the dice and the decisions you make about what you bring and how you use it.

Remember: Warhammer is a game so win or lose the most important thing is to have fun and play fair.

As this article comes to a close I realized there is not much left to say about the actual basics of game play, the rest is tactics, and helping answer your questions.

This series will remain as an ongoing with discussions about the game, answering your questions, tactics with various armies, builds, and terrain so we’re not actually done talking. I am not a master tactician so I will be drawing on interviews with people that do have more knowledge than I and looking forward to receiving your questions, comments and requests for discussions. 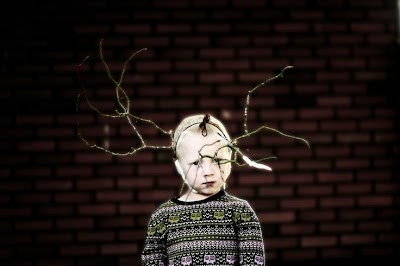