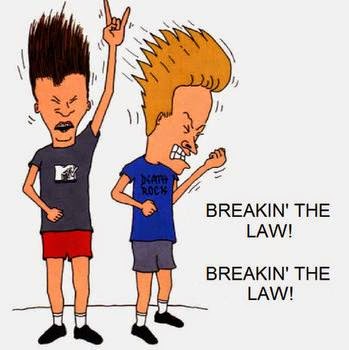 Hey everyone, Reecius here to wax philosophical on breaking the law!…er, rules, in a game.
So what do I mean by that? Breaking the rules is bad, right? Well, as a wise man once said, we have a moral obligation to break unjust laws. Now, I would be more than a little hyperbolic to claim that the rules for any game are that meaningful, but, our favorite pastime does matter to us. How we choose to play it as a community impacts our leisure time and that is meaningful. So, we debate (endlessly, at times) what the best way to go about this is.
Tip-toeing Through the Rulebook
7th edition 40K has forced us to choose what rules we use when we play, even if that choice is all of them. However, now unlike ever before, we cannot simply show up to the table to play without some type of discussion as to what type of 40K each of us is expecting. That communication will facilitate a fun game for all parties which after all, is the point.
In order to achieve this end in an organized play format, those decisions have to be come to in advance so that everyone is on the same page. As everyone varies in their opinions as to what those decisions should be, conflict inevitably arises as folks feel that other points of view are being pressed upon them.
However, I challenge everyone to think about the commonly agreed upon rules not in how they impact yourself and your list. So often people argue against a potential change only thinking about their specific list and not the bigger picture. I challenge everyone to think about the rules not in the term of whether or not you can overcome any “net” list, or find a counter to any problem. You may be a very good player and able to overcome a tough list, but that doesn’t mean everyone else can. I challenge you all to think about the rules in terms of how they impact the community. Why It Matters
I can say that since 6th ed dropped, we have been watching a steady stream of players leaving 40K for other games. Often 10+year veterans with a lot of time and energy invested into the game, leaving. It saddens me and seeing the enormous inequities in the rules at present mean that without some outside influence, we will continue to lose players to games that cater to those who want a fair, balanced rule set.
That is where 40K is, now. The gap between the skilled and unskilled player has always been there, for sure. But now, that gap is wider than ever before. You can builds lists now that make the power lists of editions past look like child’s play. In order to curb this, we have to agree how high we set the bar for power. Every competition has rules meant to create fair play, and our game is no different. However, our game was not written with unbridled competition in mind, it was written to create cinematic moments. We have to take it the rest of the way.
Rolling Up Our Sleeves
Imposing only those limitations deemed necessary will create a more level playing field that will encourage more people to come and enjoy themselves. No one wants to limit anyone else’s ability to create the army they want to play and have fun (trust me, we really, really don’t like telling people no), but there must be limits. If we go too far down the path of unbridled competition with a toolset never meant to be used in that way, we cut our own throats and our events will dwindle. Who cares if you have the ultimate list when you are the only one playing?
We don’t seek to punish success by imposing limitations or rules changes, we seek to encourage variety and tactical play. Taking an invincible army does not mean you are good at 40K. It might mean you are clever in list building (if you designed it), but a good player it does not make.
By imposing some well thought out limitations on rules that create imbalance, we level the playing field and make tournaments more accessible for more people. We also increase the variety of lists that we see at an event. The goal is to curb the truly crazy rules without stifling creativity too much. It isn’t easy to do but I am confident that the community can come to general agreements about what is fair and fun for as many people as possible.
What is your stance on imposing limitations on competitive play?

40K: Ten Vehicles You NEED To Pull Off the Shelf 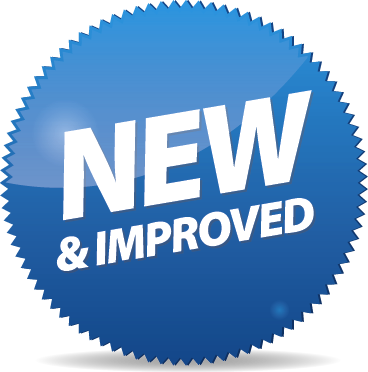