EDITORIAL: The End of GW GamesDay With no official news and it being only a month away from when the US Games Day normally takes place I think its safe to assume that, sadly, it will not be held. Lets take a look at what that means.

I know that many people here disliked Games Day, but personally I always looked forward to it. One day every year I got to talk with my favorite authors, game designers, sculptors and painters. I got to see all the wonderfully painted studio miniatures in person, which if you haven’t seen them in person you are missing out. I got to see a bunch of sneak peaks of upcoming models and most of all I got to enter into the Golden Demon, the premier painting competition for anything GW.

Now all of that is gone. Although there is still a small chance there may be a UK Games Day, it seems to be effectively dead in the rest of the world. So what does this mean? Let me put this into perspective, the very first Games Day was in the UK in 1977, there has been a Golden Demon competition every year in the UK since ’87 and in the US’ since ’91. Thats almost 30 years straight in the UK and 23 years straight in the US! For the sake of this article I am going to focus on the US side a little more, which I will explain more why in a bit. For 23 years we have had a competition that has cultivated some of the greatest miniature painters of our time, many of the techniques that see wide spread use were first introduced at a Golden Demon by some enterprising individual. Its kind of like the designer fashion shows, you get to see all the cool new painting ideas which then trickle their way down into the mainstream painting style. Now there are many other conventions out there and painting competitions, including the Crystal Brush, which offers a $10,000 grand prize so you may wonder why we even need something like the Golden Demon anymore. Well first off, its an institution, a staple of our hobby and the high water mark for what can be achieved in painting. While Crystal Brush usually has an outstanding top 3 winners that blow anything else out of the water the rest of their entires are very hit or miss with quality. Remember all of the cool (and sometimes not as cool) Games Day exclusive miniatures, well no more. For me Games Day was like a giant nerd holiday where I got to geek out over my favorite hobby with a bunch of other fans and the creators for an entire day.

Now this is a much larger deal for those of us in the US, and Australia for that matter too. It seems like recently GW has been retreating within their shell of the UK. Unfortunately the UK is not the world and they are a world wide company. There are no venues to meet the GW creators and authors anymore outside of the UK. Its just unfeasible to buy a plane ticket to head over there for a Black Library Weekender, Forge World Open Day or, if they end up still having it, a Games Day. Having recently travelled in Europe I can say, while it may be inconvenient for people in mainland Europe to travel to the Nottingham for stuff, it is significantly cheaper then it would be for anyone state side. Its even cheaper to travel internationally in Europe then it was for me to travel within my own country last year to go to Games Day. Some of you may be saying, psh, I don’t care about painting competitions or meeting sculptors and such so whats the big deal. Well now there is no where to buy event only models and books outside of the UK and eBay. With the amount of stuff from Forge World and Black Library that are becoming event only that does not bode well.

The saddest part of all of this to me is that it died with a whimper. Last year they started scaling back the scope of Games Day, limiting it to 4 world wide and limiting tickets and then this year, nothing. No announcements or anything. The single largest GW yearly event gone without a trace. It looks like Army on Parade is still going to take place this year at least at a store level, which is better then nothing, but I don’t know how they will hold the finals for it without a central event. I’m sure in the UK they will have something at Warhammer World but for the rest of the world I’m at a loss.

Lets all take a moment to mourn the loss of this once great and mighty beast, who even in its waning years brought joy to thousands of fans and brought together so many people in the celebration of Warhammer, painting and gaming. What are your thoughts on Games Day, Golden Demon and the end of an era? I can only hope next year I’m clutching my entry ticket waiting in line to get in and wait another 2 hours in the Forge World line. 🙂
Tyler is a life long painter and hobbyist and took home his first Golden Demon award at the 2012 Chicago Games Day with a follow up at the 2013 North American Games Day. More of his work can be found at his blog, Mengel Miniatures.

Author: Tyler Mengel
Tyler Mengel, the man behind Mengel Miniatures. He is a well-known tabletop miniatures hobby and painting enthusiast. Tyler's work has appeared on Warhammer-Community.com on multiple occasions. He began writing for BoLS in 2012.
Advertisement
Editorials Games Workshop
Advertisement 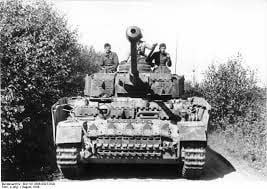