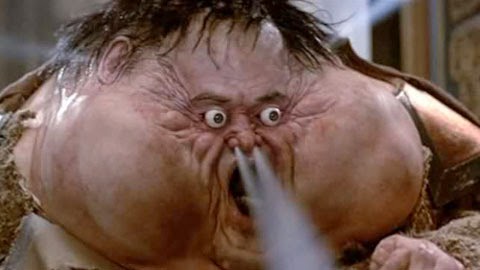 There’s more than one way to fixing the psychic phase.  Here’s how:

Goatboy here again and today I want to discuss some of the things getting thrown around locally with the whole Psychic phase. The more I play it the more I see it as a crack down on powers instead of the broken mess a lot of people are championing.  There is one pretty strong power and then a bunch of others that depend a lot the build to make work correctly.  But that is for another discussion.

I know there are a lot of arm chair generals throwing dirt all over the new phase of the game.  I don’t think it is as broken as people claim and feel that most of the time it has changed from 6+ spells a turn and into 3-4 at most if you are playing a strongly psychic army.  The biggest thing I find from it is that when people bring rather low psychic powers (1 to 2 low level Psykers) and they go up against a much stronger Psyker army they end up not really casting any spells.

This is completely different from before when most of the time you could cast just about everything you had and didn’t worry too much about what your opponent did.  This is what I feel might be the biggest stab to players as it feels kind of unfair based on the army you are playing.  Sure taking a random Psyker might give you 1 or 2 more dice to try and throw a spell but there is no guarantee your Mind Bullet option will actually work.  This cuts some combos out of the game a bit as you can’t rely on them.

Now is this a bad thing?  I don’t know.  As the game keeps moving on I feel will see some list balance as events try and clean things up and create a “balanced” environment.  I don’t know if there is one yet but will see.  Heck the game is what only a month or so old so we have to give it some time to find the good stuff.

So far I have played 4 games of 7th and since I play usually a caster heavy army (1-2 Sorcerers) I would usually cast at least 2-3 spells per phase.  Spell Familiar is probably the best 15 points you can spend right now if you expect to sling spells during the Psychic Phase.  (Remember if you fail to cast it you reroll all the dice again – good for trying to one dice spells)  I would shut off lower level casters pretty easily with my 7+ dice to throw at their spell casting.  I also found the sweet spot is 5 dice for WC 2 spells and would get them off pretty easily.

Heck the craziest thing is trying to stop high WC spells is next to impossible when playing most of the time.  Of course they are a lot harder to cast so don’t expect them to go off.  In fact if the game keeps moving along you will need balance to always be in the game.  But again – another thought for another article.

Right now here are some of the ideas we have thrown around to try and curtail that phase.  Again I don’t agree with all of them and it is always fun to read the comments on other thoughts.

This one is probably the easiest as only the extreme armies get WC pools over 15.  Now is this good for the game?  I don’t know as a lot of these other armies have to use Psychics to fill in holes to their overall design.  Heck I know FMC took it pretty hard and will have to change up how they work to compete.  I still think the list is good but will have to change to more damage output versus denial.

The number we threw around was either 12 dice total or 12 +d6.  I don’t play a ton of 12+ starting dice armies as it can be a headache to run that phase.  I see myself playing 6-7 starting WC armies (dual sorcerers) and it will depend on how Orks work to determine if I think this type of balance is needed.  Locally we just don’t see the Seer Council and would just see the FMC Daemons get hurt more.

Most likely this is the one that will at least be tried at first.  I still think more testing is needed but this idea seems to cause the least amount of issues.

Idea #2 – Limit WC dice that casters can throw per spell.

This one I originally thought might be a good idea.  Something like 2+ the Mastery Level for the caster.  This would mean the Level 1 casters can still try for WC 3 spells and would limit Psychics actually working.

The biggest issue with this idea is that it really kind of invalidates casting.  If you can’t throw more dice to try and appease the dice gods then it means there is no point in investing so much into it.  I would see most casters getting dumped down or at least a better spread of cheaper spells.  If you could throw a lot of Warp Fires around you might be able to make that Psychic phase a true 2nd shooting phase.

This was just an initial idea that I thought up.  As I have spent more time with the new game I don’t think this is the best option.  It just doesn’t work as the game has really moved away from Mastery Levels matter more then just generating warp charge dice.  If it was like fantasy then this would be important but as is there is no need to limit them.  Let them throw dice and maybe kill themselves with a Perils.

This was initially thrown out there to chew on because a lot of people were scared about Invisibility plus Fortune.  Now don’t get me wrong – that combo is as bad as it can get and probably a reason to not play someone again if they bring it for fun.  Still it is in the game and we can either figure out ways to beat it or find some other way to break it down.

The idea of denying easier seemed better but when you started to look at it again it would mean the lower psychic armies who tried to bring a bit of new flavor again to their army would get knocked down by the more powerful armies that could generate a deny a lot easier.  This isn’t that fun and while I love caster battles I think this system is not designed for that like Fantasy is.

Right now those are the 3 things that were tossed around with the first one most likely getting implemented locally.  I think trying to clean things up at the top and producing a limit that doesn’t break/change the rules is most likely the best option.  Players want a rock solid system so they could play a game in Austin and in Chicago and still feel like they are participating in the same battle of Grimdark nonsense we all know and love.

Do you have other ideas?  I know people are saying just ban it as they get mad at their lackluster castings or ability to stop spells.  I do think Marine players got kind of shafted a bit as they just don’t have enough casting to make it work as well as others.  Tigirius is amazing but we really should have had some more Level 3’s to keep up some other armies.

What’s your say on the new phase? 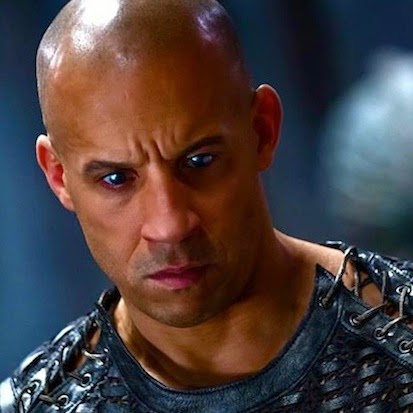