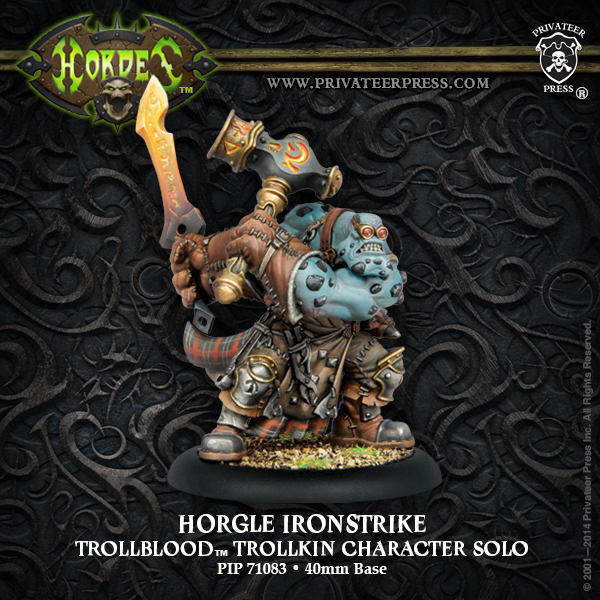 
What’s not to love about a fire maniac?  Horgle is Trollbloods junior.  While none of the junior warlocks are really on par with their warmachine counterparts they still have some great uses.  First off Horgle is no slouch in melee.  Which is pretty impressive compared to some of the warmachine juniors. He has a pow 11 with continuous fire and a pow 12 with crit ram.  Both of these weapons are magical which is nice vs some of the incorporeal units that have been popping up. He has only average mat but, with a pyre troll or dire troll animus he becomes a real threat to some lower defense heavies.

All the fire and slag you can muster.  He can only take pyre and slag trolls.  However, he does get a point discount on these models.  If he manages to set something on fire the pyre and slags in his battle group can charge that model for free. Pyre are really useful light warbeast.  There animus is legit for getting some heavy hits in and the aoe can really be scary for solos and casters trying to avoid fire.  Slags at 5 points are a more reasonable investment. 4 point pyre trolls aren’t to shabby either.  With animus a slag troll is pow 15 in melee so don’t be afraid to charge especially if you can set the model on fire first.

Spells:  Hotshot is really good on either a pyre or slag.  Pyres aoe being boosted is great for trying to kill infantry mobs.  Slag’s shooting at jacks and trees are going to like the fury efficiency to boost to hit rolls.  Molten Metal is actually kinda good on this guy.  This could be an easy 12 damage on a colossal with 15″ threat.  And that makes him a priority to kill for your opponent.

Against Horgle:  Horgle doesn’t have much for defensive stats besides transfers.  By killing his beasts he loses most of his punch and will have to start cutting if he really want’s to accomplish anything.  Throwing a boosted handcannon or melee charge his way will see his beast take some serious damage from transfers.  Try to do damage to him and his battle group in the same turn.

What do you guys think of Horgle?  I didn’t see him much and Lock and Load but, with Dozer and BearBorka out I could see why trollblood players were distracted.Follow me on twitter:@revenanttx See you all at Texas Games Con! 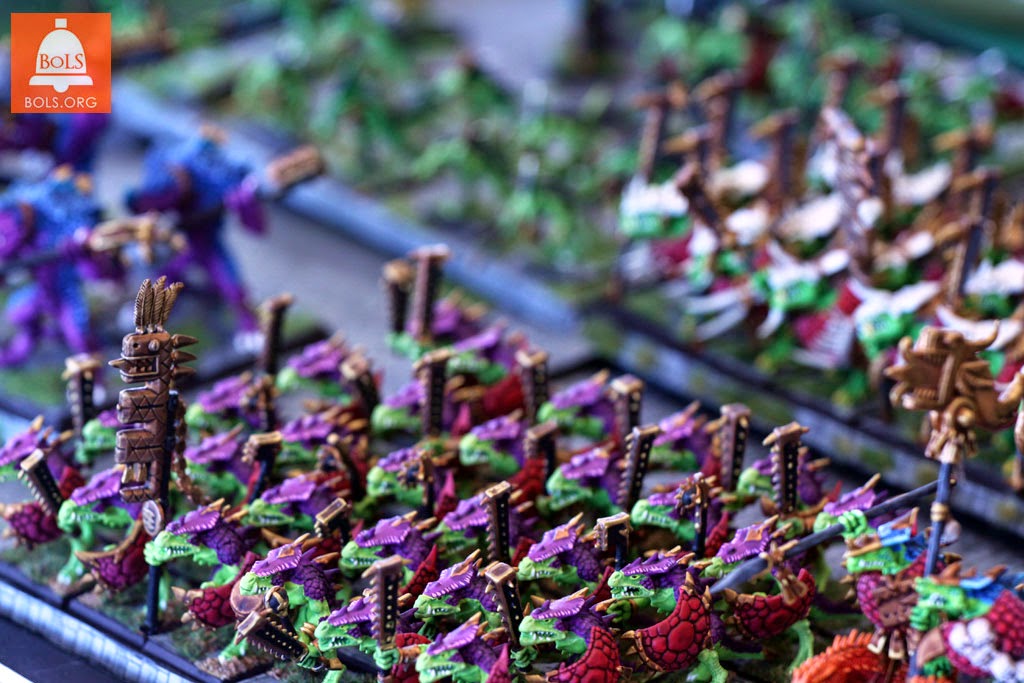