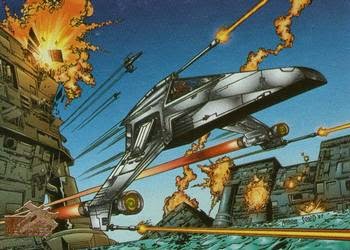 No snappy Star Wars pun in the title this time but that’s no reason not to review the upcoming E-Wing Expansion!

I can put it off no longer, I have written about the 2 ships I was most looking forward to in Wave 4, the Z-95 and the TIE Phantom leaving me with just the E-Wing and TIE Defender left. I decided to jump in to the E-Wing first as it’s the one that I am least excited about in this wave. (Way to start the review Kris, lets all stop reading now…)

OK, let me expand a little, its not that I am not excited about E-Wing, its just that the other stuff has more of an emotional attachment to me and the one thing in the E-Wing set I am most excited about leaves a slightly salty taste in my mouth, but more on Corran Horn later… Starting with what you get, the ship it’s self fits nicely in to the space between the A-Wing and the X-Wing and it has the following Maneuvers open to it. As you can see, the E-Wing is fast, more importantly it retains the option to go slow with the 1 ahead and its only Red Maneuvers are its K-Turns which unlike the A-Wing are at 3 and 4.  The Loss of the Green 4 and 5’s when compared to the A-Wings is understandable and in honesty I lament to loss of Green Hard turns more.  All in, I think the Dial comes out where you would expect for the points, ahead of the X-Wing but not quite on the level of the A-Wing so it will come down to the rest of the package to see if its worth it.

With that said I think the Ship has comes out well in all areas except Hull where the 2 points is on the low side, it’s action bar is good with the Rebel Standard of Focus and Target Lock and the addition of the Imperial Standard Barrel Roll and Evade.

Etahn’s ability is extremely good against TIE swarms or Large ships as you only have to get them in his arch and within his range and then all other attackers can upgrade a single Hit to a Crit result, this really lets you pile pressure on to a single Large ship, or if you are against a Swarm and they are still in formation you should be able to cover a lot of them with his fire arch.

Corran on the other hand likes to do all the work himself, as disappointed as I am to see him in an E-Wing rather than his CorSec Green X-Wing I can forgive him when I read his card text.  Being able to get that extra shot off in the End Phase can do a lot of work.

As you can see the E-Wings don’t come cheap though and looking at that Upgrade bar just invites you to pile more points in to them.  Having the Astromech and Systems Upgrade options does open up some very good combos both defensively and offensively, and while I would have liked a missile option like the A-Wing/Z-95 it comes with the option for a rack of Torpedoes instead.

Both Astromech Droids interact with the Target Lock action, the standard R7 being a defensive option whilst R7-T1 is quite interesting in his versatility as although it reduces the range of your Target Lock from 3 down to 2 it does add a (situation) boost action to your ship for less points than an engine upgrade.

The Flechette Torpedoes, for those who have not seen them in the Rebel Transport expansion are a nice cheap Torpedo option that adds a little control in to a Squad with their ability to add stress to a target.

Outmaneuver, on the other hand makes you in to a quasi Wedge, reducing the evade dice by one is very good and gets even better on a ship that should be seeing use as a flanker.

A couple of the stand out combos if you want to pile the points in to your E-Wings are;

As you can see its very easy to pile the points on to you E-Wing so how do you fit them in to your squad.
At the moment I am thinking of two ways to field them, either as a flanker in a Cheap Z-95 or A-Wing list or as one of  a 3 Ship elite squad.  The 3 man Squad I am currently Considering looks like this;
EXX – Alpha Strike
100 points
Corran Horn (43)
E-Wing (35), Advanced Proton Torpedoes (6), Fire-Control System (2)
Wes Janson (29)
Garven Dreis (28)
X-Wing (26), R2-D6 (1), Veteran Instincts (1)
This list is designed to go in and kill something big early.  With those upgrades on Garven it brings him up in line with Wes and Corran to Pilot Skill 8 making the list versatile in the movement phase.
Garven’s ability to move his spent focus on to someone else is useful in ensuring that Corran has the focus he needs to get the most out of the Advanced Proton Torp’s. Whilst Wes’s ability to strip away an Evade or Focus token helps to ensure that the hits that you do do actually get through.
Keep the formation tight, Focus with everyone as their actions and then once you can get in to range band one unload with everything on something you want dead!  Wes first to strip away their defences, then Graven to (hopefully) pass his focus to Corran and then when Corran fires he gets his a Target Lock from the Fire-Control System, then in the End Phase use Corran’s ability to launch the Torp’s and your target should be history…
This kind of list should work well against Lambda’s and Firespray’s with the Falcon’s being a little harder to take down due to their all round fire ensuring they can line up shots on your way in.
Obviously you need to do everything you can to keep Corran alive so Dropping Garven for Bigg’s is a fair shout if you don’t think you need the extra focus and are willing to have a bit of a loss in pilots skill.  If that is the case I would probably throw even more points in to Corran and give him a Stealth Device too.
Advertisement

What are your thoughts? Have you Guys and Girls got any plans for the E-Wing?

Author: Kris Sherriff
Kris is a veteran competitive tabletop wargamer with over 10 years of experience. His specialty is X-Wing: the Miniatures Game and Star Wars Armada. He began writing for BoLS in 2014.
Advertisement
Editorials Review X-Wing
Advertisement 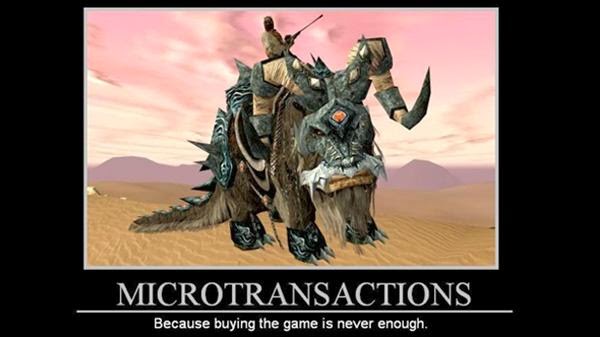