X-Wing Wave IV: Taking a Look at the TIE Defender 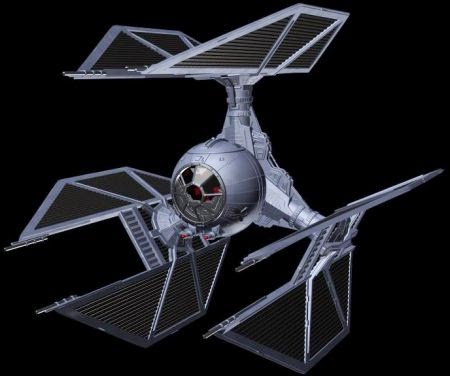 Move over X-Wings, the TIE Defender is on the scene!  Let’s take a look at this technological terror!

Without beating around the bush too much, when I heard what the two Imperial releases in Wave 4 were to be I was most interested to see what FFG would do with the Defender.
I knew the Phantom would get some Cloak Shenanigans but I wanted to see where they would place the TIE/D on the power/points cost scale as I had happy memories of crushing the Rebel Scum with it in Star Wars Supremacy (Rebellion if you were not in UK)

The TIE Defender takes the lessons the Empire learned developing the TIE Advanced and improves on them to provide the imperial forces a fighter platform to rival the best the Rebel Alliance can throw at it. I don’t know about you guys but I am excited to see how FFG translates this in to the table top.

So lets se what you get when you bring one of these babies to the table top. The ship itself is quite distinctive in it’s look and I really like it.  It’s stat line is defiantly worth looking at too, with 3’s across the board it comes out ahead of the X-Wing in its raw stats, having the same fire power but a much better defence.
Action and Upgrade wise, the defender exchanges the evade action that is common on most Imp ships for the more offensively minded Target Lock and has both a Cannon and Missile upgrade slot. The Defenders Manoeuvre Dial is worth some talk too, whilst it retains the TIE’s lack of a 1 Ahead and makes the Hard 1’s and Hard 2’s Red it is the far end of the Dial that makes it something different to fly.

Every Straight is green but this is the only green on the dial so shedding Stress could be somewhat predictable, it is however the White 4 K-Turn that has people talking.

The versatility you lose by lack of green banks should be made up by  not applying stress to pull that U-turn and get back in to the fight.  Whilst I can see this being a bit 1-Dimentional initially I do feel that the dial has enough to let you do more with this ship than your opponent may be expecting.

This is where my only real grip comes in with the defender.  I believe that FFG have over-costed that white K-Turn on the dial, yes I know it is good but I think that the Red that is on the dial is limiting enough to balance the white K without such a high points value.
I just hope that I am wrong and that the inherent survivability of the 3 Evade, 3 Shields, 3 Hull lets it do work, but I would have like to see it at 2 points cheaper for both generic pilots or to maintain its current points cost but have a bump in pilot skill to 2 and 4 (maybe 3 and 5 but I could be getting greedy…) respectively to showcase the supposed elite nature of the pilots selected to fly the Defender.

Personally that points level moves it out of the realms of me fielding multiples and having a functioning list. I have a gut feeling that Spamming 3 Deltas is just a bad idea as an elite 3 ship list that is all pilot skill 1 is going to struggle against a lot of the more popular Pilot Skill 2 builds and moving up to 3 Onyx squadron pilots just does not leave the points for upgrades that I feel a 3 ship list would need to help them get the job done.

Enough of my complaining, lets get back to the Named Pilots!

Once again the named pilots are your only access to an Elite Pilot Talent so that is one reason to punt for one of these guys over a generic, whilst obviously the higher pilot skill is the another.

Card text wise Vessery’s ability is fun, letting you gain a target lock on a ship that already has a lock on it immediately after rolling attack dice.  This wording lets you spend the target lock on the attack you have just made if so desired, letting you focus down a single target quite well.

Rexler Brath’s ability is potentially extremely powerful.  Letting you spend a focus token to flip any damage cards you just dealt over.  This wording bypasses abilities that negate critical hits so can be handy in hunting down Chewbacca or to make your Heavy Laser Cannons do even more work for you.

The pack also comes with the usual up grade cards.  There are 2 Elite Pilot Talents Outmaneuver and Predator, both costing 3 points.  I really like both cards and in honesty they are one of the reasons I will be picking up more than 1 Defender.

Predator I really like as it makes you a mini Howlrunner and even works on Secondary Weapons, re-rolling an attack dice is very nice and if you are lucky enough to be flying against a bunch of low pilot skill guys than it gives even more value.

Outmaneuver is also extremely potent, making you in to a mini Wedge (or a super Wedge if you stick it on him!!!) it does require a little more effort to get the milage out of it but I can see lots of value in this card as I like to try to out fly my opponents and this just makes that even more rewarding.

Both of these upgrades can be used more effectively elsewhere however.  Predators re-rolls are nice but you can Target Lock anyway and Outmaneuver on the Defender could lead you in to flying even more predictably with the limited turns available to you.  Sticking them on an Interceptor though, that could be lots of fun! (I have been messing around the idea of both of them on A-Wing Test Pilots, but more on that another time…)

Other than the two Pilot Talents it is fairly standard stuff, with the Munitions Failsafe we saw in the Headhunter, the Ion Cannon and the Ion Pulse Missile.  The Ion Missile is, in my opinion a better take that the cannon upgrade if you want to keep it on the defender as it adds two Ion tokens rather than one and so can Ion a Large ship in one hit, although it is worth noting that all Ion Tokens are wiped after the 1 Ahead so it will not Ion a normal fighter for two turns.

So that rounds out what you get, so lets move on to how I think it will be used and how it can fit in with your current squads.

As I said earlier, I do feel that the cost for the Defender is high.  It moves from competing with Interceptors and Phantoms and is easily comparable to a Firespray-31.  This is in-fact the type of list I can see the TIE Defender fitting in with best.

This list is fairly bare bones up until the Defender where over 40% of you points sit so it has a relatively poor points spread but I can’t see any other outcome if you want to run a Defender.
The basic premiss is that Howlrunner and the 3 TIE’s do their thing with the Pilot Skill 3 of the Obsidian Squadron letting you shoot before Rookie X’s, Blue B’s and the like, whilst not eating up too many points.
The Onyx Defender is a solid flanker in this force. Also Being Pilot Skill 3 lets it add damage at the same time as the TIE’s with the Heavy Laser Cannon letting it roll 4 attack dice at all ranges.
The Engine Upgrade lets you ensure the Defender gets to where it needs to be and adds a little more manoeuvrability to the somewhat limited turn options on the dial, not to mention the fun you can have boosting after a a K-Turn.

That about rounds up my thoughts on the Defender at the moment, so thanks for taking the time to read it.  If you want to keep up with more of my thoughts and opinions on X-Wing, 40K, Infinity and other stuff than feel free to check out my Blog at The Dice Hate Me – Kris

I am looking forward to seeing what the rest out you have come up with for the Defender as I don’t think I have struggled to fit a ship in to a list since the Lambda Shuttle first came out and I had no idea what to do with it…  So what interesting ideas do you have for your TIE/D’s?

Author: Kris Sherriff
Kris is a veteran competitive tabletop wargamer with over 10 years of experience. His specialty is X-Wing: the Miniatures Game and Star Wars Armada. He began writing for BoLS in 2014.
Advertisement
Editorials Review Rules X-Wing
Advertisement

Lords of War, Are they Worth the Points? 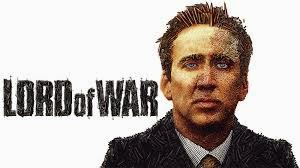