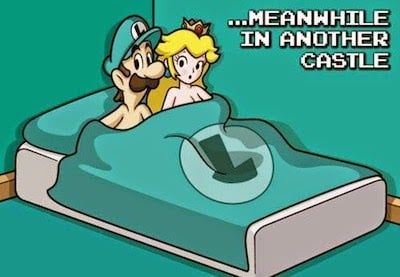 Today we talk about wargaming, cheating, tournaments, and what to do!

I am a tournament organizer (TO) for a small Grand Tournament in Florida – this October will be our fourth consecutive year in a row. I am no stranger to allegations of cheating. My personal philosophy is as follows now based upon my overall experience:

— Everyone attending is informed well in advance that cheating and intentional slow play will not be tolerated. The judges roam the tables and keep their ears open. If a player feels they have been cheated or their opponent is trying to pull the wool over their eyes this must be immediately reported to a judge. We can’t easily go back and change the results if an allegation is made the next day or even later following the event.

— All games must go four turns or else it’s an automatic loss for both players.

The second year of our circuit a player was accused of using a loaded dice at the very start of the third round. This garnered public attention via entities such as the Blood of Kitten blog and was hashed over in a thread in the Tournaments forum at Dakka Dakka. Inspection of the dice in question revealed it was loaded with a metal plate on one side so that it would always roll a six. The dice would noticeably wobble whenever rolled. The player in question claimed innocence stating it was a random dice they picked up at their local FLGS from a dice bucket. The player was allowed to play out the tournament but was made ineligible from any prize support and was always matched against the lowest ranked player in all subsequent rounds. His first and second round opponents were later interviewed and it was discovered the player in question was using the loaded dice during those two games for situations such as cover saves for example. He was then permanently banned and his name was openly provided to other regional TOs that inquired. This was probably not the best way to have handled the situation but some strong actions were taken including a permanent ban as previously stated and the following year we provided all the dice so this situation could not re occur. We have enacted a stronger policy now as noted above… If we are immediately informed and it’s proven the alleged did cheat they are automatically ejected and must vacate the venue.

It’s of utmost importance that the player claiming to have been cheated let’s the TOs know as soon as it occurs so that action can be taken immediately. Any allegation made after the event is over is a no win situation for everyone and puts the TO in an extremely difficult situation. First there must be some proof to validate any allegation of cheating which is much harder to fairly prove after the event is over. If there is no strong evidence available then it’s basically one person’s word against another… Unfortunately there are those that believe whatever they read on the Internet even if there is no strong basis to support the claim being easily swayed by an emotional argument and as a result a witch hunt can quickly ensue. The true victims are the TOs and the accused assuming they were actually in the right.

Current Subject Matter—Bay Area Open
This type of situation very recently occurred following the Bay Area Open (BAO), which is why I’m discussing it now and can be found here following this link:

The writer of this blog claimed amongst other things that while playing the eventual winner of the BAO the following occurred:

The consequences of these allegations have since made their way over to Dakka Dakka in a thread on the BAO which can be found below in the link to the Tournaments forum:

If you peruse this thread you can see for yourself there is no real hard evidence to support any of the claims of cheating other than unsubstantiated venomous statements from others who apparently don’t like the BAO overall champion and there are also plenty of posters that believe what has been said with absolute blind faith. On the flip side there are also some other posters who’ve chimed in following similar reasoning to my own.

CONCLUSION – So What’s a poor TO to do
I don’t think any TO wants to be caught up in this type of situation… As I said above it is truly a no win scenario for all parties involved. To me this comes across as an act of passive aggression commonly referred to as the sore loser with an axe to grind syndrome. Personally I don’t know the BAO overall champion and as such garner no founded opinions. All I can say is I think the situation as a whole would have been much better served if the allegations of cheating had been promptly brought to the attention of the BAO TOs during the GT rather than following it.

Note: that I did speak my mind in the Dakka Dakka thread and was given a one day suspension from posting there for voicing my opinions by an anonymous moderator… Oh well.

So what is a TO to do and how should they best handle such a situation? If you ignore it then some will claim this is an open invitation for others to cheat at future events. On the other hand if an action is taken to quell the witch hunt and there is no true direct proof of said cheating other than a mere claim this is an open invitation for sore losers and other haters who don’t like the alleged cheater to punish them they via ad hominem attacks and character assassination for whatever reason. This is the exact opposite of a win win situation… Nobody wins.

Following my original suggestion how to handle cheating right up front during the event can go a long way towards circumventing these types of messy situations… So really guidelines are needed up front and made aware to all players before the first dice is rolled.

~Tell us what you think is the best way to handle allegations of cheating and how would you handle it if was YOUR OWN event?