Goatboy’s 40K – Orks Are on the Mind! Rokkit Tanks! 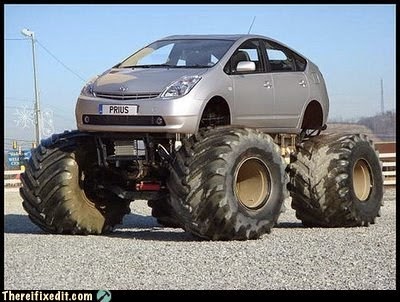 What’s green, has 10 engines, 5 rotors, and a bad bad attitude?  Goatboy has the answer!

Goatboy here again and I continue to think of Ork lists.  It just doesn’t stop as I want to get this book to work.  I’m planning on going full bore into Ork lists after the ATC and hope we get some more formations/options in the upcoming Santic Reach/Stormclaw/New Rando Ork Warboss.  The next idea that might be ok is trying to use some of the other options in the book.

The Formations I am tempted to try next are the Blitz Brigade.  It just screams of a way to make super tanks running around.  The Mega Armored guys are to make sure the Lootas are relentless so you can scoot around – pouring out death as needed.

Da Tactiks
So yeah – the idea is you got the Wagons scooting around and causing problems.  You can join the Big Mek on a bike with the Deffkoptas and scout up behind the Wagons that Scout as well.  This way you should hopefully get a 4+ inv save all around on the Wagons and maybe you will get lucky and they stay alive for awhile.

The Big Shoota Wagons are set up for the Shoota boyz.  You don’t plan on getting out unless you need too – thus why the Nobz don’t have Power Klaws.  The Deffkoptas went with Mega Blastas because it is a free upgrade and we get some much needed AP 2 to remove tough armor and maybe get lucky popping a tank of two.  The Tank Bustas seem to be really good and it might be worth it to get some Bomb Squiggs to run out of the Wagon heh.  Still this lists looks goof as all get out and might work.

When I get back to town I plan on doing some Battle Reports with Ork lists.  I almost have enough Wagons to do this and some Proxing might be needed.  I also want to try out the Green Tide and I have enough painted Orks to at least give that a go.  I do think the book has merit but it just isn’t the same Ork list we thought we had before.  Sorry for the simple write up with a basic list.  I will get more love for the Horde in the coming weeks as the only thing that can take me off the Ork train ride is something really sweet and chaos like.

Until next time – Eat a bunch of Rokkits!

Author: Thomas / Goatboy
Thomas Reidy, aka Goatboy, the ever-evil member of BoLS. I do arts, play 40k, and even paint a lot of stuff. I have been playing Warhammer 40K since the 1990s, and have won multiple national events including Adepticon and GW GTs. I've been writing for BoLS for 15 years. Look at my Instagram to see what I am working on - or working on for someone. I am always doing something hobby related.
Advertisement
Armylists Orks Warhammer 40k
Advertisement