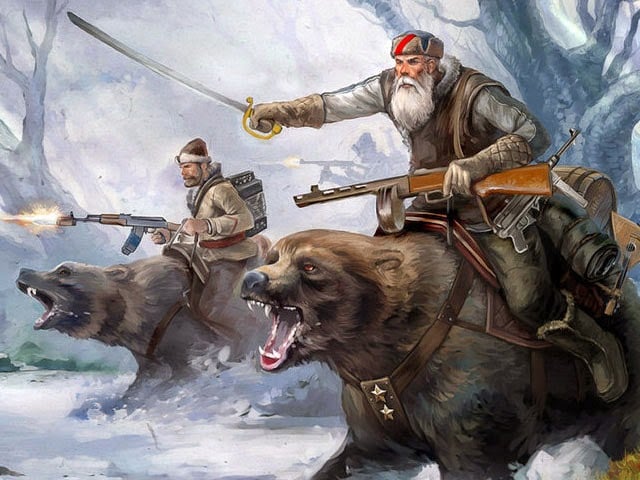 The new Hordes book Exigence has some fantastic new models, including a new Trollblood Warlock riding a bear. And guess what? His stat lines are grizzly! So the last time we saw Borka he was drunk and it was hilarious. This time around he has some amazing background about turning his life around which I care nothing about. Why? Because all I see is a drunken troll with a chain-bomb, sitting on a pissed off Polar Bear. Do I need any more reason to be sold on this model? Let’s take a look at what Borka the Bear-Man has to offer players that like their Warlocks that kill things with their bear hands.

Right off the bat Borka’s stat-lines are pretty polarizing. He has a solid speed–and given he’s riding a pissed off polar bear and wearing all the armor–his ARM and DEF are high enough for most shots to bear-ly scratch him. Even if your opponents get through Borka’s armor, they have a pretty hefty chunk of  health boxes to fill.Obviously, Borka’s MAT is the shining star here, though his RAT isn’t too terrible. Unfortunately it seems that Borka is good at being large and smacking things, but nothing else. His Fury is unbearable, and leaves his seemingly low cost spells feeling like high costs. Yet, it could be that Borka isn’t a Warbeast friendly Warlock, and would rather have a horde of infantry to share drinks and pet his bear.
Borka has Pathfinder and Tough, which is par for the course for Trollbloods.  With Field Marshal: Cold Immunity, he grants models in his battle group jackets and parkas to fend off Sorscha’s razor winds. He comes with Assault, which as a part of a charge, lets Borka make a ranged attack before making his charge attack on the targeted model. Borka’s chain bomb has an okay range, tiny AOE and a pretty solid POW, leaving this weapon in “use it because I can” territory. Borka’s mace, Trauma,  is koala-fied to reign destruction and blunt force trauma onto your opponents. A magical weapon with reach, Trauma on a critical hit triggers the ability Smite. Smite allows Borka to slam the model hit inside of rolling damage normally. The model is slammed d6” away from Borak and suffers a damage roll with POW equal to Borka’s STR plus the POW of the weapon, and any collateral damage just suffers a POW equal to the STR of Borka. Even Borka’s mount comes with a critical hit ability, Brutal Damage which allows you to roll an additional dice during the damage roll for the attack. Borka’s weapons were going to create panda-monium without the abilities, but with the added threat of insane critical strike abilities, your opponents should be wary of Borka’s small but hefty threat range.

Bear with me! I have Spells too!

Borka’s spells are good options, but will require finesse to manage his super desolate fury pool. Battle Charged, which as a range of his control area, is an upkeepable spell that gives models in Borka’s control area counter charge. Not a bad spell with a hefty range that would essentially allow your beefy trolls to both shut down an area of the map and protect their drunken leader. Frost Hammer is a spray attack with an okay POW, that has the potential on a critical hit to cause the target to become stationary. Snow Shroud is a medium range upkeep spell that gives a friendly faction model or unit both concealment and Immunity:Cold. If you haven’t figured out that Borka is a melee based champion, his feat Ice Storm should be a pretty good indicator. Ice Storm gives all models in Borka’s control area Stealth, and when an enemy model without Immunity: Cold successfully melee attacks a friendly model with Immunity Cold–which should be everything–the enemy model becomes stationary for one round after the attack. Ice Storm lasts for one round. Ice Storm grants your melee models the cause to do what they want to do, while protecting them with both with a combination of Battle Charged, Stealth and the threat of making enemy models stationary.
Borka, Vengence of the Rimeshaws is going to make any infantry list or bear enthusiast happy. His synergistic kit, while solid and fun on paper, players should be pre-beared for the skill needed to execute his kit flawlessly. While he is paws-ibly  one of the best looking models Privateer Press has put out, I don’t see  him doing work outside of leagues.
I need another bear pun….straw-bear-ys.
Bear pun count: 10
There you go folks! Let me know what you think of Borka and put your best bear pun in the comments below. If you want to see more from here, click here. 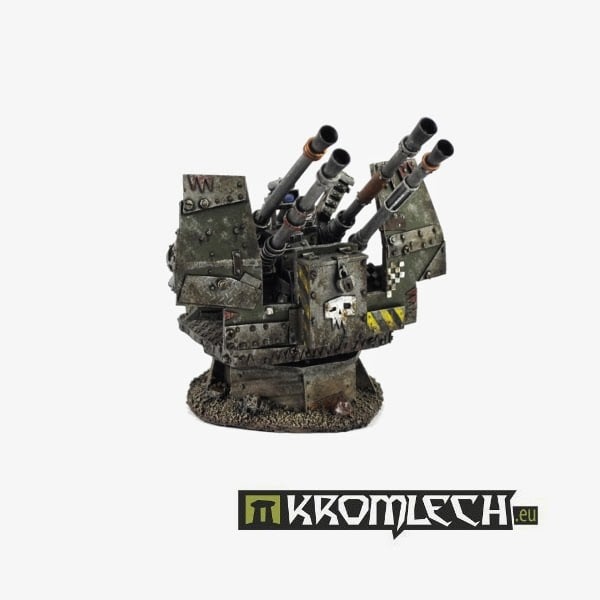