It’s a thorny question – how DO you built a 40K event that will ENTICE new players to come play?

This article is on the topic of tournaments with some thoughts how to grow attendance at the local level. First things first with Mr. Kirby leaving wouldn’t it be awesome if the new CEO actually brings back some real substantial tournament support? I thought GW overall did a fantastic job when they had their Grand Tournaments. They have the funds to support it and staff some very knowledgable people. The end of support from GW though has brought about an epic level of independent events across the country and there is something for everyone… It’s a true meca for 40k.

Coming to Grips with 7th
Just when things seemed to start settling down a bit out rolls a new edition — going from sixth edition to seventh is a challenge for any tournament organizer (TO). At the local level there should be some serious focus on growing the hobby again as opposed to purely competitive events. Probably within the span of a year things will settle back down. While seventh edition is a maintenance release there are some big changes and it looks like the force organization chart (FOC) we all knew and loved is finally going by the wayside. The Imperial Knight is just one example of a big change as it has been widely accepted. Lords of War will gain acceptance as well with the new seventh edition codices featuring some of our favorite special characters now falling into this category. If you are familiar with 30k you might have seen a lot of this coming as those books already had Lords of War including Primarchs and all kinds of super heavies. The formations seem to be a means to help new players quickly put an army on the table which can be a good thing.

If GW wants to ever return to the tournament scene I hope they will focus on re growing the hobby rather than bringing back uber competitive events such as Ard Boyz. I truly believe that the Ard Boyz event was the ultimate demise of their tournaments as it was just too easy to say thing like “Wow look at what a mess that was!” People that have been playing for around a year are just coming to grips with all the many rules and developing a balanced army that matches up well with the current meta. Throwing them into a shallow pool of sharks is a really quick way to turn them off the hobby.

How to Grow the Playerbase?
So how can we design a tournament system that is fair, competitive and doesn’t lend itself well to abusive over the top power gaming? First the TO should be in touch with their audience on a daily basis basis and ask them what they want… This is easy to do via the Internet. They must also be able to sort the wheat from the chaff. Doing so will build credibility and gain support from the hobbyists you really want to attend your events. A TO must be strong but also very understanding… Don’t buckle to the bullies that want to bring the super sick over the top lists. Not everyone goes to a tournament focused on winning best overall — in fact you’ll find the majority want to have a good time, make some new friends and roll dice.

Second a major problem I’ve encountered often are the competitive veteran gamers (CGVs) that still want to play fifth edition and try to impose their will on players newer to the game. CVGs dislike any new change and would much prefer to remain deeply seated in their own comfort zone… They are the ones who want to do terrible things such as limit army lists to only two sources and ban battle brothers outright, both of which are totally absurd. That said with the overwhelming plethora of formations and supplements to choose from now it can be a bit staggering… Most no one is going to purchase every new book or rules released by GW and it’s just not possible, especially from a financial perspective for most of us. So while we want to allow new things there must be some form of composition or you’ll end up with a Wild Wild West scenario. There must be balance to succeed.

A Modest Proposal…
Here is the system I’ve developed for a GT (i.e., BeakyCon4… Yes our forth year in a row now) I’ll be hosting this fall in Tampa, Florida. You can select up to the following:

* Factions can self ally

No Lords of War (this category will be relaxed next year as more Lords of War special characters are released with each new seventh edition codex-let’s face the fact that there’s a big difference between say Logan Grimnar and a Revenant Titan).

You can only choose up to two of the same unit outside of troops. Exceptions are units selected outside the FOC (e.g., Techmarine), Chaos Daemons can field up to four Heralds and Imperial Knights (if fielded as the primary detachment). Note that in general formations are not an exception to this requirement.

—If you take a formation it must come from the same faction as your CAD; note however you may select the formation as your primary detachment (no CAD)
—Forge World 40k approved units are allowed (no super heavies or gargantuan creatures) and you must use the official model from Forge World
—No Forge World armies including their Chapter tactics from the Badab campaign and this restriction includes special characters such as Severin Loth.
—If you field the Inquisitorial supplement this counts as your allied choice
—Imperial Knights and Legion of the Damned count as your allied choice if not chosen as your primary detachment
—Allies can be chosen from Come the Apocalypse

Some fortifications can take upgrades as per Stronghold Assault rules.

These guidelines allow multiple sources while also including some critical restrictions to strike a fine balance. For the most part you can bring what you want but maybe not as much of one thing as you’d like. So far it’s been well received overall by the local community.

~So there you have it all the way from soup to nuts. Have at it ! How do you envision s large tournament should be run? I’d love to see some of your ideas! 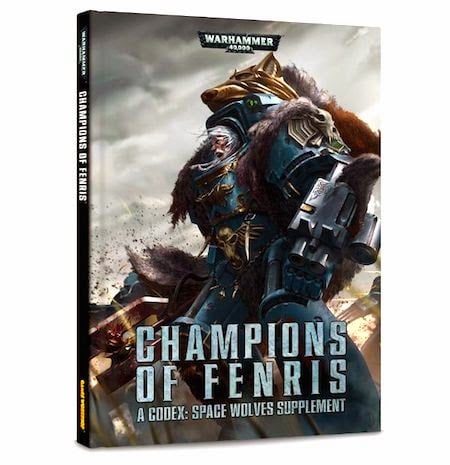