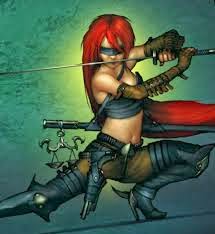 Today Mercer here to talk about one of my favourite ginger melee machines; Lady Justice!

Yo, Mercer here from Imperius Dominatus here, whoops that’s an old habit I mean Malifaux Record.  I’ve hung up my 40k boots for one reason for another and now get my kicks from some gothic steampunk cowboy action in Malifaux – damn it’s such a sweet game.
Today I’m going to talk about one of my favourite ginger melee machines; Lady Justice! I picked up the M2E Guild’s Judgement boxset which contained the Lady J model; my first master in Malifaux
The low down
Lady J has a reasonable df5, which auto includes a ram, this is half a trigger, as a mask is also needed to complete the trigger. The trigger allows Lady J to deal damage to an attacker after the attacker’s melee attack has failed. This is a negative flip,  but can do 3/4/6 damage,  you can’t really complain for free. Add in a strong wp7, wd14 with a fair wk5 joined with a very high cg7 with a normal ht2 and you have a powerful master.
Justice has three abilities:
Final Repose – gives the ability so no markers are placed when an enemy model is killed by LJ. This ability is great against Resurrectionists, which LJ is designed to take down.
Blind Fighter – allows to charge ignoring los.
Inspiring Swordplay – gives all friendly minions with 8″ a positive flip to melee and shooting attacks when LJ kills an enemy model. This ability is really sweet when using Death Marshals, which come in the same boxset as LJ.

Lady Justice is perhaps one of the best melee fighters in Malifaux and is maybe the best melee based master. The reason for this is her greatsword has a ml7 with a ram built in, anyone familiar with the Guild models will know that a ram does +1 damage for each ram in the final duel total. The damage track of the greatsword is 3/4/6, basically that’s 4/5/6, which you can make 6/7/8 with a ram in your hand and burning soulstones – that’s enough to  make a serious dent on enemy masters and punk pretty much any minion out there. If that’s not good enough LJ gets a positive attack flip if she doesn’t charge, which is handy if you’re unable to charge but have enough distance to walk into melee.

A lover and a fighter

LJ isn’t just about being a beat stick, she can be pretty survivable and can add a little buff to your crew:

Restore Natural Order – this is a casting tactical action, which removes all conditions on every model within 8″.  This ability is sweet against Resurrectionists as it can remove pesky poison conditons used by Mcmourning! However,  it is hard to get off as target is 17 and LJ starts with ca5.

Juggernaut – this is my favourite ability for LJ, basically it’s a healing flip which heals 1/2/4 damage and is a 0 action! Add in soulstones and LJ can be extremely difficult to kill off.

Covering Fire – this is a 0 ability which gives Lady Justice soft cover against shooting actions taken within 12″. I really like this ability when rushing across the table on first turn.

Justice Unleashed – this upgrade gives LJ two abilities; Last Rites and Justice Unleashed. The former is a 0 action and removes all scrap and corpse markers within 6″ – another ability aimed for taking out Rezzers. The former is a casting (ca5 tn13) which effects spirit and undead models in 6″, they must succeed on wp13 duel or suffer 3 damage, this ignores armour and hard to wound.

Vendetta – if Lady Justice wasn’t a beast in combat already then with this upgrade she will be on steroids! This upgrade gives the onslaught trigger which requires a ram and mask (remember LJ has a mask built in already) and allows Justice to take another melee action against the same target, which cannot declare triggers. If that doesn’t fill your boots then the vengeance trigger needs just a ram and this gives a positive damage flip. So if Lady Justice didn’t charge she will get a positive flip for both attack and damage!

Implacable – this gives two abilities; Pursuit of Justice and Bullet Proof +1. The latter speaks for itself and really adds some survivability to Justice. The former stops enemy models walking away from Lady Justice’s melee range, so the only way to escape a beat down is by a push.

Last Stand – this upgrade also gives two abilites With Me! and Unimpeded. With Me! allows friendly guild marshals within 6″ to push up 6″ when LJ declares a charge and after the charge has been completed. This is a great ability for getting some free movement and helping melee models I.e The Judge get closer that bit quicker.

All the upgrades are worth taking,  though I think justice unleashed is situational. It’s always worth taking implacable for the bullet proof ability.

Author: Mark Mercer
Mark Mercer has been playing tabletop wargaming for over a decade. His specialty is Games Workshop's Warhammer 40,000. He began writing for BoLS in 2010.
Advertisement
Malifaux Rules Tactics Wyrd
Advertisement 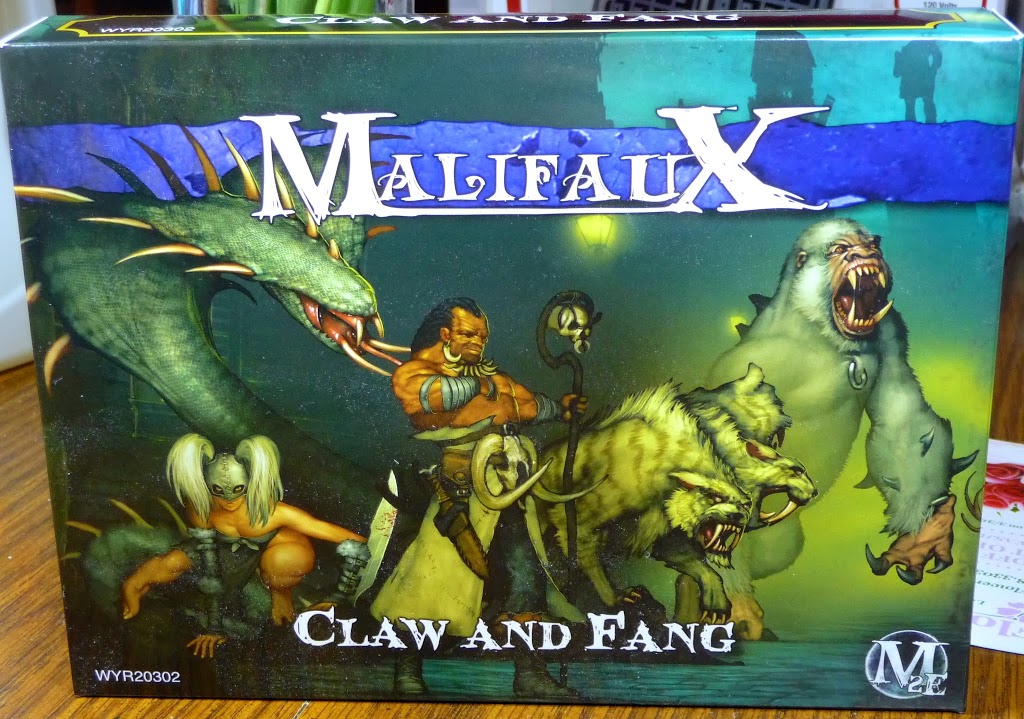