The DiRT – Infinity’s Operation:IceStorm – Everything you need to know! 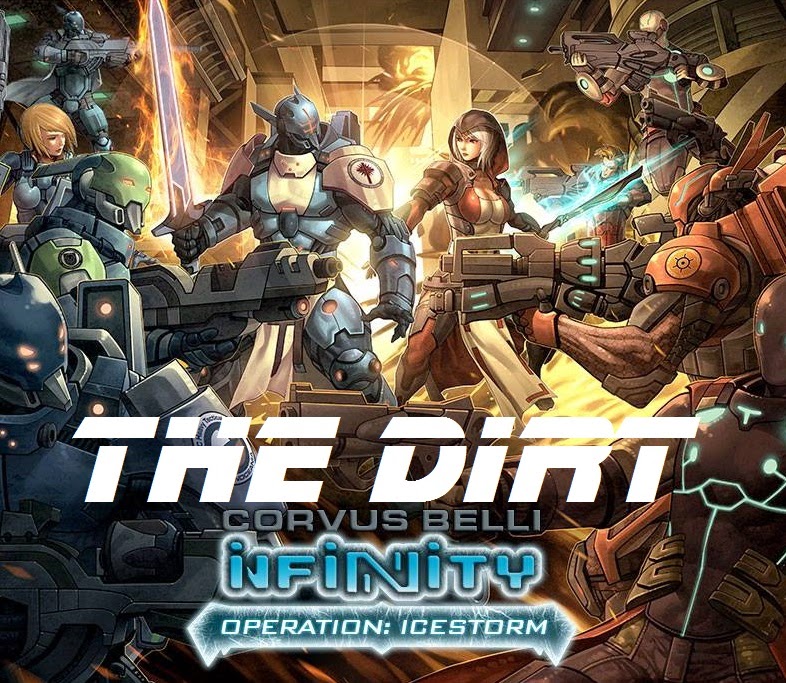 This article deep dives into new Infinity Starter Box – Opeartion:Icestorm.  From what’s in it, and where to go from there.


GenCon is fast approaching, and if you stop by Corvus Belli’s booth for a demonstration, you’ll be presented with 3rd edition (Clarification: the demonstration will be 3rd edition pulled from Operation:Icestorm).  In order to prepare, I quickly got my hands on a copy of Operation:Icestorm.  While the it will be available at GenCon for purchase, Corvus Belli is also taking pre-orders.  SPOILER FOR THE REST OF THE ARTICLE: I think the two player Starter Box is an amazing introduction into Infinity and a solid deal.  It’s unlikely that this article will deter you from buying the set (and one of the reasons that I added editorial to the labels of this article).  If you know that you’re going to want Operation:Icestorm, get it now while you can still get the extra free miniatures with the deal (more of that will be discussed in the article).  In case you are not sure where you can find it: Corvus Belli’s webstore.

Unfortunately, I’m not a painter.  A friend of mine is working on the miniatures right now.  Since I wanted them painted well, I could not get them back in time for this article.  So I will be borrowing images from Angel Giraldez to illustrate what comes in the box.

The NEWS – Operation:Icestorm the Contents

The Nomad sculpts have to be the most impressive sight in this box. This is even more impressive when you see just how far Corvus Belli has come from the initial Nomad Starter box (pictured below).  The inclusion of seven miniatures instead of the typical starter box set of six, sets up both the Nomads and PanO (below) with enough points to cross into 150 points of meaningful models.  You don’t have a fully gamebreaking model or get stuck with a box that forces you to use fewer models early on.  With a smaller model count,  you end up with a smaller order pool.  The models chosen here give you a nice swath of Infinity rules and model abilities without going so far as to making the box too difficult for a new player to use.  A lot of props have to be given to the streamlining of 3rd edition rules that are included in the starter box and the gradual way that the introductory rules step a new player through it.  But I don’t want to get to that just yet.

I’m listing PanOceania second, but the models are mo less impressive.  Again, we’re given 7 models, and these models map nicely to what’s included in the Nomad selection without the armies feeling the same.  And that’s no small feat.  At the time of the writing of this article I have only had a chance to play a portion of all the missions (I used older models as proxy), but the missions I’ve played thus far have felt very balanced.   One word of caution.  The smaller the point game (and really the smaller the order count), the more likely the game may end up looking lopsided.  This is because the game is balanced against the averaging of rolled values.  If you have a handful of freak rolls, and only use 3 models per side, one side may trounce the other.  Regardless, the sides felt incredibly fair.  The later missions which had more models on each side had more narrow margins of victory. Yes, the Father-Knight and the Reverend Healer were shown in reasons #1 and #2.  They bear repeating.  These sculpts are Operation:Icestorm exclusives.  And while the three exclusive miniatures look like they would fit into a Dire Foes box really well, I have confirmed with Corvus Belli that they will not do this.  The CSU (Coporate Security Unit) model is even more limited.  If you don’t pre-order or purchase Operation:Icestorm at GenCon, you won’t get it.  The CSU is used in at least one mission.  If you miss getting the model, the consolation the box provides is a token to represent the model.
4)  Terrain The play mat is a single folded up printed sheet of paper.  The shipping containers and buildings are on slightly thicker card stock.  For veteran players who already have terrain, this will be the least important feature of the new Operation:Icestorm box.  While this may seem like a jab at the terrain, SOMETHING had to be the least important feature and everything else just had more time being dipped in awesome sauce for veteran players.  For new players, the inclusion of nice playable terrain is just amazing and it’s why I posted this as Reason #4. Based on what the buildings are made out of, I did not expect them to hold up a Warmachine Warjack (metal) plus more weight (see photo below).  The buildings have a slot underneath them where you can put in any of the standard Infinity boxes (i.e. starter boxes, TAGs, larger remote boxes).  This will definitively give the structure way more durability.  The durability test with the Warjack was done without the infinity box providing support.  I would not recommend doing this, but I wanted to test the limits of the terrain. So I have to apologize that I did not get the faction dice photographed, but check out the sheer volume of tokens that you get as free cardboard punch outs.  Again, we see that Corvus Belli is trying to make the box usable to new players without any add on product.  Included on the token punch outs are the new to 3rd edition markers for the lieutenant order, the new smoke/scatter template, and the silhouette marker.
6) The Operation:Icestorm 3rd edition Introductory Rules and Missions (see image above)
32 pages of rules, missions, and fluff, so well written that people who had difficulty interpreting 2nd edition rules will have their minds blown.  This is so well constructed that I intend on buying a second copy of Operation:Icestorm at GenCon to send to my brother (who has never played a table top strategy game).  I just want to see if without me helping him in any way, shape, or form if he can understand Infinity.  My guess is yes.  I could devote an entire article to the book, so expect that next week.  So why would I put this as #6, am I saving the best for last?  No.  It’s because it is an introductory Rule book.  Long time players will enjoy seeing this, but not nearly as much as new players to the game or those people who spend a good portion of their day demoing Infinity.  The one thing I was left feeling after playing the first mission was a deep desire to see the rest of the 3rd edition book so I could bring my Tohaa, Ariadna, etc.  But the introductory rules added to this box set is of top notch quality, and speaks volumes to what we might be able to expect from the larger 3rd edition rulebook coming out later in the year.
The Skinny – Making Operation:Icestorm better
Holy cow, we’re this far along in the article and just got to “The Skinny”?
So if you can’t tell from my word choces, I am ecstatic that I bought Operation:Icestorm.  But I also see that there are a few things that can make it better.  I also recognize that who I am as an Infinity player may bias me a little bit, so I want to make sure you know where I’m coming from.
Things that bias me toward wanting this box

Making the Terrain Even Better.

The terrain is a fantastic inclusion.  But as someone who gives a lot of demos and has to bring all the supplies (models, terrain, dice, tape measures, etc), I had some concerns about using this terrain in my demonstrations.  Please note that it’s past tense.  Because I have figured out how I intend on resolving everyone of the issues.

If people want to see exactly what I did, make sure to leave me a comment in the section below and I’ll add more photos of it in a future article.
The DiRT – Should You Order Operation:Icestorm?

The quick answer is yes for anyone with even a passing interest in Infinity.  From a price perspective, it’s a great deal.  At GenCon, the price of Operation:Icestorm is going to be $120.  Again, this includes, 15 models (when pre-ordered or purchased at GenCon), Introductory rules, tokens, terrain, basically everything you (and another player) need to start getting into Infinity.  The only people who would not want Operation:Icestorm at some level might be veteran players who are well stocked in PanOceania and Nomads miniatures, have terrain, their own laser cutter to fashion some new templates, do not want early access to 3rd edition PanOceania and Nomad models exclusive to the Operation:Icestorm box, and are patient enough to wait for the 3rd edition rulebook in its entirety.

So that’s the news, the skinny, the DIRT on Operation:Icestorm.  What’s your take on the new two player starter box?  Next week I’ll be at GenCon.  If you are going, stop by and see me at the Corvus Belli booth.  The article for next week will review in detail the Introductory Rule book, provide some alternate PanO/Nomad add on army lists based on play style, and hopefully include an image or two from GenCon Day 1.  As always find me here, my YouTube Channel, or drop me a line or Infinity photos at my email address [email protected] .

Author: doremicom
Doremicom has been a tabletop wargamer for over a decade. His area of expertise is Corvus Belli's Infinity: The Miniatures Game. He began writing for BoLS in 2015.
Advertisement
Editorials Infinity The Game Tabletop News
Advertisement 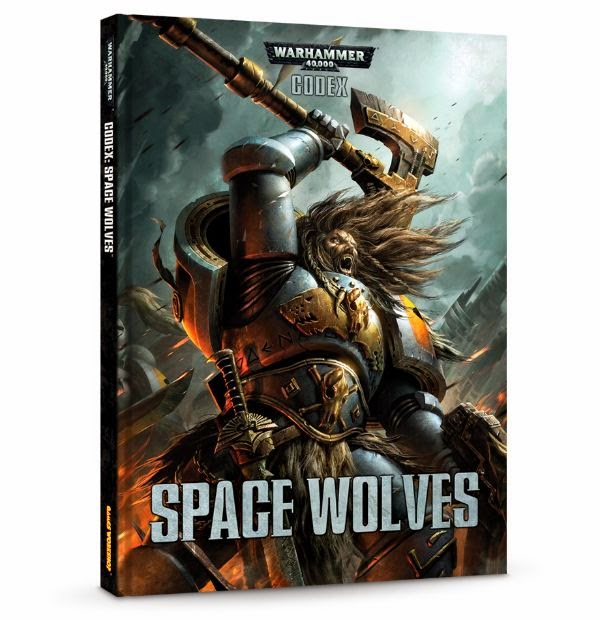