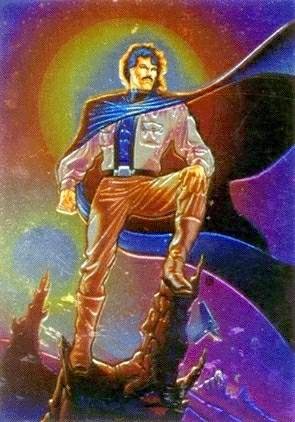 I have been wanting to kick off a new run of posts for a while looking at a single pilot or ship and the different build options. We jump in with the real Hero of the Rebellion – Biggs Darklighter!

So for this series of articles we will be looking at just one pilot at a time and rating some different build options.  Obviously looking at a ship/pilot in isolation is never going to give you the whole story but I want to avoid just posting net lists and to encourage experimentation with different types of builds around the same pilot.

First up we will be looking at one of the Rebel Alliances’ best, Biggs Darklighter. Biggs is a Unique X-Wing pilot who comes in at 25 Squad Points basic.  He has an average pilot skill coming in at PS5 and the standard X-Wing Stat Line of 3 Attack, 2 Evade, 3 Hull and 2 Shields.

He comes with the standard X-Wing action bar and upgrade bar with no access to an Elite Pilot Talent.  His main selling point is his Pilot Ability.

“Other friendly ships at Range 1 cannot be targeted by attacks if the attacker could target you instead.”

So if you have Biggs at Range Band 1 of any of your own ships than the enemy has to target Biggs if they are able to do so.

This ability is extremely powerful as it just works.  There are no dice involved, as long as you can achieved the two criteria than the enemy must shoot at Biggs.

Now why is this a good thing?

Ultimately if you are taking options away from you opponent it is giving you control of the game.  This only becomes relevant if you are forcing them in to an action that is less preferable than the alternative.  The easiest example of this is to use the Range to your advantage.  If you can park your front line at Range Band 2 whilst Biggs is at Range Band 3 than you will receive an extra Evade Dice whilst your fire will be more effective against a target that you can choose.

With all of this in mind lets look at some of the common builds for Biggs.

25 Points for a PS 5 X-Wing is not too bad at all, if you look at the move from Rookie to Red it costs 2 Points to move from PS2 to PS4 and whilst the jump from 4 to 5 is not as important in the current Meta (8 and 9 is where it is at whilst avoiding being at Pilot Skill 1 or 2 to negate the impact of Predator is also relevant) it is still a + Point.  I would value it at between 1/2 and 1 Squad Point which means you are paint less than 2 Points for his ability.  You also need to look at what his Ability is designed to do.  Yes it is designed to make your list last longer but ultimately it is going to be at the cost of Biggs himself.  For this reason I would score Naked Biggs as the best build for him in most cases, especially when first getting used to flying with him.

This option started with just R2-F2 in the core set but the Stealth Device from Slave 1 was added after its release in Wave 2.  This is basically putting your faith in your Green Dice and if you can position Biggs at Range Band 3 behind an Asteroid than you can roll 6 Evade Dice and if you can have a way to pass him a focus token he is extremely tanky.  This Build lives in a world of ideals however where your opponent lets you position perfectly, your dice roll average and you get your actions off.  With the multiple ways to add stress to a target, Blount auto popping Stealth Devices and the fact that rolling 4 Blanks does happen I don’t really rate this build as you are paying 6 points for better odd on someone that will eventually die.

Again this build is an old one with a new twist.  The original involved having R2-D2 thrown on to Biggs and then a Shield upgrade after the Falcon was released often made it on to Biggs as well.  The limiting factor was that for 8 Points you had to handicap your manoeuvring for Greens to get a shield back, this is mitigated somewhat by the fact that you are wanting to stay close to your squad and most rebel ships have access to the same manoeuvres that are green for the X-Wing and again it is 100% effective, if you do a green manoeuvre you get a shield back, does not matter if you crash or not and providing you don’t crash you have an action free.  R5-P9 from the Rebel Transport adds a new option for this type of build where you can spend an unused focus token in the End Phase to regain a shield.  This is good as you can potently use the Focus Token to mitigate the damage on your evade dice but if you fluff the roll still make use of it.  I do think R2 is the stronger choice for this build though as he works regardless of action whilst R5 can be more beneficial if you can pass focus around.

This is a current favourite of mine as its cheap and is not reliant on any other factors to work.  The reason this is nice is that it plays in to what you want from Biggs while still being cheap, works against every attack (providing the criteria are met) and does not require an action.  The X-Wing basically has 5 Hit Points divided between 2 Shields and 3 Hull normally I would expect this to stand up to two perfect attacks, as in you would be unlucky to be one shotted, even by a Phantom at Range 1 but equally if there are two Phantoms shooting you at Range 1 you would be lucky to live through it.  The Odds are that with R4-D6 you can push the average to 3 Shots to take you out.  Crits are not affected and so are a fairly hard counter to this card but for 1 point I think it is worth it as for the times it does nothing you have only wasted 1 point but if it keeps Biggs alive for even 1 more shot that is potentially game changing.  I have racked up a fair amount of stress with this guy but who cares as I plan on exploding next round anyway!

Score – 5/5 – Not always going to win you the game but should never actually lose you the game.

This is another combo that works well whilst not costing the earth.  R2-D6 diving you access to an Elite Pilot Talent can make for some interesting offensive options of what is otherwise a defensively minded pick in Biggs or you could even throw on Veteran Instincts to bump him up to PS7 which helps a lot against some builds where PS6 can be prominent.  I like Determination for these few times that it actually works.  Not only can it save your bacon as if you suffer an Injured Pilot Biggs may as well be dead but it actually discards the card not turns it facedown so you suffer 0 Damage on a Pilot Crit.  I would actually consider spending even more points to add a Hull upgrade if I was taking this combo to bring it to 5 points total.  This does bring Biggs up to 30 points which is stretching a 4 ship rebel build without resorting to Z-95s but it can be a game changer.

Score – 2/5 – Situational but if you have points left at the end of list building there are worse ways to spend 2 points.

Those are just a few of the variations of Biggs that I have flown, some for fun others more competitively.  It all depends on the rest of your squad how many points you want to put in to him.  If you are new to the Rebel side of X-Wing than I would recommend that you keep him cheap early and concentrate on how and when you expose him to fire.  The main mistake people new to Biggs make is that they make him the first and most obvious target.  If you can expose someone else to a volley or two and then send Biggs in to save the day you will get a lot more milage out of him.

If you have any other interesting Biggs builds or would like to share the type of list you field them in please leave a comment and feel free to let me know who you would like me to feature next on Pilot Spotlight. 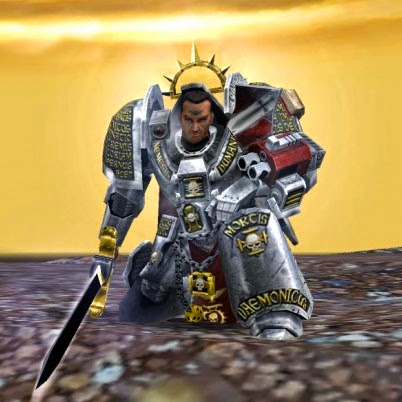