NOVA Open is Done, and It Was a Lot of Fun!

Hey everyone, Reecius here to relate my experience from the NOVA Open!
The NOVA Open is a 3 day gaming event held in Arlington, VA. It provides a wide array of gaming options, including hardcore tournament action, narrative gaming, demos, painting classes, and all kinds of other events.
It is located in the beautiful Hyatt, very near the DCA airport. Getting to and away from the event was simple, and easy. The hotel itself is beautiful, and the rooms were excellent.
The event was extremely well run, and professional. Everything I witnessed ran on time, registration was a breeze, there was a ton of space for gaming and walking around and in general was a pleasure to participate in.

I went with fellow Team Zero Comp teammates Frankie and InContol. I brought Astra Militarum with Knights, Frankie brought Dark Eldar, and InControl brought Tyranids.
I felt slightly dickish bringing the Adamantine Lance formation as it is really powerful (I didn’t get my Ogryn list painted in time and the Knights were handy so I grabbed them), but when I arrived and looked around at the other lists, I actually felt slightly under-gunned! I have not seen lists that hyper-powered since the last Ard Boyz I went to! I knew I was in for a tough tournament, but that is good fun.
The players we met were uniformly fun to play, skilled and friendly. You just better bring the serious heat if you go to the competitive events, there. That is fun though, taking off the gloves can be a good time. The cool thing is that you can play in the narrative events if you want some more laid back gaming. NOVA provides a venue for that as well. In the main 40k event, it seemed that once the brackets split up, the lower brackets had some awesome, fun lists, too. In effect, there was room for all kinds of gaming.
What I did find humorous and ironic though, was the fact that a lot of players on the East Coast think that using Forge World or some Lords of War is going too far, or would be too powerful. Looking around at lists like 3 Imperial Knights with 3 Riptides, or 3 Wraithknights with 2 Imperial Knights, or an army with a Seer Council AND a Beaststar, or 2 Beaststars, or the legions of Centurionstars I could not help but laugh. My friends, it doesn’t get much more powerful than that! Haha. I brought the following.

So as you can see pretty much this is just what I had the day before I got on the plane! Haha, it was a fun list though, and gives me quite a few tools. Round 1 I played Neil from the Independent Characters who also had an Adamantine Lance and 3 Riptides! We had a great, fun game and ironically, my Basilisk won me the game by smoking a unit of Crisis Suits with the Ethereal attached for all the secondary points, giving me the win. Didn’t see that coming in that match up!
Round 2 I played Jack, the winner of the Invitational with his Centurionstar. We had a very chess like game with him Gating his Star around avoiding my Knights, while I hunted his support units. The game boiled down to me making some incredible saves to keep my blob alive, my Commissar Lord going ham and taking out Coteaz and two Centurions in assault, and my Knights holding or contesting objectives. Jack failed to take the game winning objective by 1/8″! Great game against a very skilled opponent.
Round 3 I played against Kurt’s Dark Eldar with dual Beaststars. Lol, no rest for the wicked! But considering I took the Adamantine Lance, I had it coming to a certain extent. Kurt was a fun, and skilled opponent and it was a close game. His Wraithknight took a flank and was picking up easy KPs out of reach of my Imperial Knights, but, my Knights were hot on their stomps and I was able to cream one beast pack. I was losing until turn 4 when his reserves hit the table and my Vendetta and Knights were able to pick off the easy targets. However, the game was a lock when I hit Vect with a pie plate and poor Kurt rolled a 1 on his save, doh! That sealed the game. Another super fun game and rounded out day 1 3-0. Nice! Round 4 I played Kelsey and his Flying Circus Daemons. Someone forgot to tell him that that list wasn’t good anymore because I got my ass handed to me by it, lol! I set up for an Alpha Strike and to jump onto objectives immediately to start earning points but he seized on me and that was a wrap. One of his Princes had Iron Arm and Armorbane and was able to chop-chop my Knights. Plus, my dice were ice-cold, I killed more of my own models with bad scatters in my shooting phasethan I did of Kelsey’s! He was a fun, nice opponent though, and despite the butt-whipping, it was a fun game.
Round 5 I played a Farsight Tau army commanded by Vaden who was a great opponent. He almost shot my Knights down in a straight up gunfight! When the dust settled I had 2 Knights left with only 3 HP between them. However, Crisis Suits don’t like all the strength 8+ pie plates I was tossing around and he just couldn’t win the battle of attrition, giving me the win.
Round 6 I played played Andy Kopach’s Centurionstar, and while he was an excellent player, he made a deployment error, keeping his Star too far back and I was able to outmaneuver him and take the objectives despite barely destroying any of his army. Great game and Andy was a fun opponent.
Round 7 I played Carmon’s Eldar. It was well rounded, with Wraithguard, Serpents, 2 Wraithknights, Spiders and Hawks. We had a great game of cat and mouse that came down to the final roll of the dice. It actually was settled by a game of rock-paper-scissors to see who would roll off for the end of game and I lost, having to roll for it and losing to First Blood! We had a really fun game and had some crazy dice on both sides of the table, making it a very enjoyable game. It all came down to him making 6 of 6 jink saves on a Wave Serpent with a single HP left to avoid FB, and then hitting my Vendetta with a single Serpent Shield hit, pinning it, rolling a 6 to immobilize it followed by a 2 to see it crash and burn! Haha, them there is the breaks.
Round 8 was pure comedy. I played a super fun opponent John, who had 2 Deathstrike Launchers and a massive amount of IG Infantry. He killed all 3 Knights by turn 2 and all of the in two shots! Lol, it was crazy, every hit was a punch followed by an Explodes! result followed by 3 HP lost, I couldn’t believe it. The best moment though, was a Deathstrike blowing up a Knight who went nuclear, and then scattered onto another Knight, D-Slapping him! Doh! While I got totally creamed in short order, we were both laughing our asses off at the pure ridiculousness of it. In all, 8 fun games against 8 great opponents. Thanks to everyone that played me! I ended up 5-3, as did Frankie who made the top bracket with Dark Eldar, and Geoff went 6-2 with Nids!
In all, NOVA was a great time and we had a really enjoyable experience. We were sad to leave our Forge World toys behind, but that’s OK, variety is fun, too. Thanks to everyone who threw a fun event.

Author: Reece Robbins
Reece Robbins, is one of the most respected names in tabletop gaming. He founded Frontline Gaming and the largest Warhammer 40K tournament in the world, the Las Vegas Open. Reece has been playing competitively and covering Warhammer since the 1980s. He has won major events including Adepticon.
Advertisement
Armylists Tournaments Warhammer 40k
Advertisement 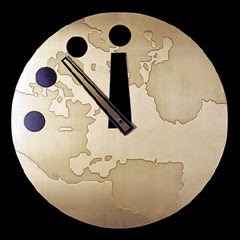