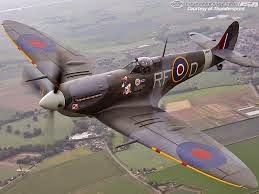 Air support is available to a huge variety of lists with multiple different planes being available. Broadly speaking air has two roles, ground attack and interception, but first a quick look at the mechanics of air (and anti air)
When you purchase air support you will either purchase ‘priority’ ‘limited’ or ‘sporadic’, giving you a pool of either 7, 5 or 3 dice. When you roll for air support/interception you roll all the dice, but each roll you remove one dice to a minimum of 1. As long as you get one dice rolling a 5+ you will get air support, another dice will then be required to see how many planes are inbound, 1,2 or 3. At this point you roll to intercept, any roll from your pool of a 6 will stop all air.
When your air support arrives you need to position it carefully, you place it before your other units move – and it will also shoot last. You need to be within 4inches of your air supports target, but over 16inches from your own forces, otherwise the air bugs out! Assuming your air is able to fire now become a little like artillery, you again use the template, but if your target is not near woods/buildings you range in automatically, however if you are you get one attempt to range in. Assuming you range in it’s time to place the template and cope with the incoming AA fire! You have two types of AA, self defence and regular AA, self defence gets 1 shot, and only comes from units under the template, regular AA can be multi shot and is from anywhere in range (remember AA has additional range shooting at planes) and line of site of the plane, (heavy AA like flak88’s can shoot from anywhere but only has 1 shot)  For each shot, it’s a skill test, and for successful rolls then a fire power test to remove a plane from the dice roll.
Assuming at least one plane gets through, and having placed the template, the next step is choosing what to fire, broadly speaking you have cannons or bombs, each has a static ‘to hit ‘ roll for units under the template, but they have very different AT profiles, cannons are often high (11ish at times) and hit the side armour of vehicles, where as bombs hit the top, the number of planes you have after the AA fire will give you rerolls to misses (3 planes) or rerolls to hits (1 plane). Assuming the team under the template is hit, saves and fire power are as usual.

Now with the mechanics quickly gone through how do you use it? Firstly I’d say the era of the war really makes a difference, in Early War a plane can frequently be an essential component if a list, one of the few units able to take out top armour two tanks like Matilda’s etc, and I think anyone who is struggling to work out how to damage a Matilda should consider air. Similarly in mid when dealing with KV-1’s and Tigers a little Air can really deal with those threats.
I personally really consider the role of air carefully, even sporadic is 100 odd points, I find it great for adding a bit of range to a static infantry force, it allows you to hit and pin enemy artillery etc, for an aggressive force I find it far harder to work into my game plan, often you reduce it’s ability to be placed as the game progress’s due to your armies advancement – it’s for this reason I’m really against priority air – just so rare to really make the most of those 7 dice. One place I’m hearing air being very useful is in the Late Late War German lists (Nuts, Desperate Measures, Remagen) it’s easy to have access to the jet planes which can’t be intercepted such as the ME262, as well as providing some heavy hitting template, they can also intercept enemy AoP’s reducing their artilleries effectiveness.
As for AA tactics, placement and concealment are key, anti air need terrain to be concealed – they’re constantly scanning the skies – this is not so bad as frequently static AA is heavy/immobile so needs terrain to be concealed – at the same time you need to have a clear view to make the most of your weapons. Mobile AA I love – mainly as the units like Nimrods and ostwinds etc look really cool, as well as being great against air (can’t be pinned) are also effective at shooting infantry…
Anyway I hope this adds to your knowledge and understanding if FoW – until next time.