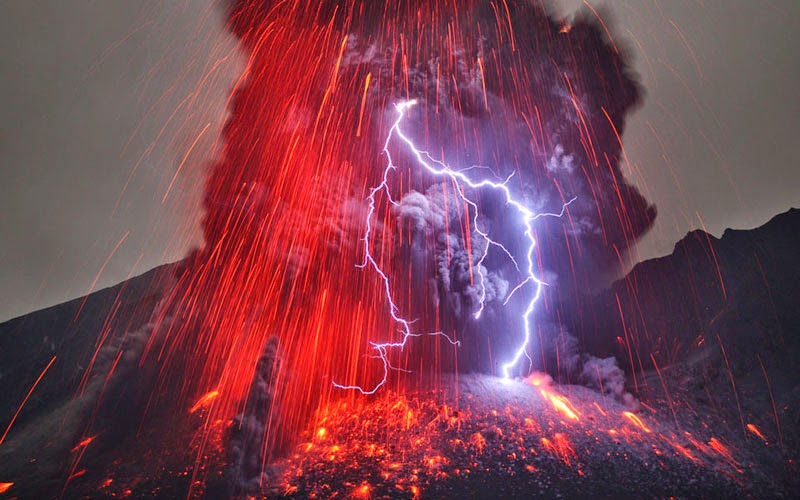 
I played a quick little 500pt skirmish game last night, and normally I wouldn’t BatRep a game like this, so I didn’t take any pictures – but since this game turned out AWESOME, I had to do a quick write-up.
(Please forgive the formatting on this one, I had notes I copy-pasted, and it stuck) Just need to work out the kinks in the system…
The whole point of this game was to get my buddy (who is new to Orks, and extra new to new Orks) a chance to try out how they play, their most basic units (Boyz, Warboss, Trukks) and essential rules (Furious Charge, Waugh!, ‘Ere we go, Mob Rule).
I played kind of a jerk list, designed to give me the best shot at wiping the Orks without taking casualties. However, it’s also elite enough that I was outnumbered almost 3-to-1 (not that that’s surprising with Eldar vs. Orks).
We played 4×4 table, no Objectives (Annihilation with Secondary Objectives only – to keep it simple), 6″ deployment zones.
Orks won the roll to deploy first/go first. Orks then deployed in one far corner, all bunched up. I counter-deployed, putting the faster Warp Spiders in cover in front of the Ork corner, and the longer-ranged Jetbikes in the far opposite corner.
I rolled a 4 to seize. Remember these guys? Totally Eldar.
Turn 1–
Orks moved up, the Trukk full of Burna Boyz went flat-out to get into killing range. The other Trukk moved up 12″ along the board edge. The Deff Dread sidestepped. The Trukk’s Rokkit and Deff Dread’s Shootas laid into the Warp Spiders, but scored few hits, and all wounds were saved.
Warp Spiders jumped their cover (skipped the Psychic Phase, had no targets in range), and blasted the Burnas’ Trukk to pieces, killing several in the explosion. Jetbikes moved up just enough to cannon the Burnas, killing all but one. Survivor failed his leadership, and fled. Beginning the dickishness of the list, both Jetbikes and Spiders did their 2d6″ Assault Phase move, pulling back out of range of the Orks.
(First Blood to Eldar: 1 – 0) Eldar keep shooting and running, goading the Orks to keep on coming
Turn 2–
Orks continue to move up, all shoot, all saved. The Burna fails to roll snake-eyes and continues to run for the board edge. However, in two run rolls he ran a total of 7″, trying to stay in the game! The Boyz all move up in a green wall. One unit of Boyz is in range to Slugga the crap out of the Spiders, adding to the Deff Dread’s fire and the Trukk’s Rokkit. Rokkit wiffs, all other wounds saved.
Eldar inch forward again, Warp Spiders advancing on the Deff Dread, Bikes moving up to within Cannon range. In the Psychic Phase, I rolled a 3, for six dice total. I first pass Mind War (targeting the Warboss) with a single 5 (using the Stone of Anath’lan to drop the Charge cost to 1) on three dice. The Warboss fails Deny roll, but the Farseer rolls a 1 to-hit. Farseer switches to Executioner, passing the cast with a 5 and a 6. Orks are out of Deny dice, and the Farseer proceeds to hit, roll three wounds, and the Warboss fails his saves. Then two boyz are also hit and fail their saves. Spiders blow up Deff Dread. Bikes glance second Trukk to death. Since it wasn’t blown up, the angry mob of Boyz in it piled out, ready for a scrap!
(Slay Warlord to Eldar: 2 – 0)
At this point, the Ork player was feeling pretty down. A long-time Dark Angels player, he was used to units that stubbornly refuse to die, and so far he’d lost handfuls of models and hadn’t gotten so much as a single kill in return. His Warboss is gone, so no Waugh!, and no re-rolling full Charge distance (Warlord Trait). And it’s looking like he’ll never catch the wily Eldar.
But at the end of that second turn, the Eldar luck finally runs out, and both 2d6″ Assault moves were short. Too short. Image courtesy of “Sick_Nerd_Baller” on Reddit
The is the look on my face when that green tide gets close all of a sudden
Turn 3–
The Ork Boyz, fresh out of their wrecked Trukk, roil out of the smoke in an angry green mass and smash into the Eldar Jetbikes, who failed to pull back far enough. Overwatch kills one, but the rest reach ideal punching-distance, with their whopping four attacks each. The Jetbikes strike first, doing no wounds (the Farseer wasn’t close enough to strike), while the Orks kill three Jetbikes. The beleaguered Eldar player fails Ld., succeeds in running, rolls to run off table – then remembers bikes are Fearless (Shard)! That was close!
Orks win combat, and gleefully pile in.
In the Eldar turn, the Spiders duke it out with other boyz, kill most of a unit, only to have that unit roll snake-eyes for Ld. They stay, and get nasty! In combat, the Farseer gets in and makes a kill, but the Orks make two, and still win combat. Robert Haas photography
Looks like a bird. Turns out it’s AN ENDLESS PINK TIDE THAT WILL NOT DIE
Turn 4–
The Orks try to get close enough Assault the Spiders, but fall short, and Run closer instead. The Orks in combat already whittle down the Jetbikes, and a second unit of Boyz charges in. The Orks drop the Jetbike unit down to the lone Farseer with two wounds left.
On the Eldar turn, the wounded Boyz unit drops to the Spiders’ Deathspinners. Then the Spiders make for the Ork Table Edge, but they roll poorly and barely make a daisy-chain Linebreaker. One Spider sits in the deployment zone, the rest trail behind, hoping they’re out of Charge range for the Orks, who are going to kill the precious Farseer.
Predictably, the Orks finish off the Farseer. And since this battle took place in the Eldar Deployment Zone, the Orks now have both Slay the Warlord and Linebreaker, catching the Eldar lead, and angling for the win.
(Slay the Warlord to Orks, Linebreaker to both: 3 – 2)
It’s looking grim. The Eldar player knew he needed Linebreaker to win. The Spiders have Linebreaker, for a 1 point lead, but they’re dangerously close to two units of now-unengaged angry Ork Boyz. If the Spiders can avoid getting charged, or enough survive to Hit & Run out of reach of the Orks, there’s still a chance! Peter Wienerroither photography
The Orks are just beginning to show their horns…
Turn 5–
One unit of Boyz daisy-chains up, with the last member of the unit staying in the Eldar Deployment Zone to hold Linebreaker, while the rest of the unit moves to be in shooting range of the Spiders. The second unit goes all-out moving as far as they can for the Spiders. Both units decide not to shoot as it’s a long Assault, and the nearer unit rolls to charge and makes the distance!
In a moment of pure heroics, the Warp Spiders score three hits in Overwatch. All three wound, and the Orks fail all three saves! The Ork unit is stretched thin, pushing to get closer rather than stay dense, so losing the front three pushes the unit way back. Both sides held their breath as the distance was carefully measured – and the front two Orks still made it! A unit of 9 Ork Boyz gleefully pile onto the frail Spiders…
In Combat, Orks kill 6 of the 7 Spiders (ouch). The last Spider fails his -6 Ld, and falls back. (Linebreaker denied to Eldar)
In the Eldar turn, the Spider continues to fall back. His straight beeline for the Eldar board edge puts him within shooting range of the Orks holding Linebreaker. In a pure Hail Mary moment, the Spider fires Snap shots at the daisy-chained Ork unit…  And rolled a double-6 (!!), he then rolled two wounds, and the Orks failed both. The necessary Consolidate move takes the Boyz out of the Eldar Deployment Zone
(Linebreaker denied to Orks)
With only one model left on the board, and that one running, the Eldar are now in the lead by one point!
(FB & STW to STW: 2 – 1)
The desperate Eldar rolled the die rolled for turn 6, hoping for the game to end then and there!
But alas, a 4 rolled onto the table. Orks rolling for Charge Range (this one is just in a dozen “perfectly timed photos” lists)
Turn 6–
Turn 6 goes predictably badly for the Eldar. The Orks easily retake linebreaker, and both units get within firing range of the poor Spider, who is finally killed in shooting.
Result:
Technically, the Orks pulled a solid win in both Kill Points, and simple annihilation (Eldar lose for having no models on the board at the end of a game turn). In terms of the points we were playing for, it was a close, hard-fought tie:
Draw: (Warlord, 1st B to Eldar) – (Warlord, LineB to Orks)
I was nice (lenient in play, letting him take moves back, etc) but not THAT nice, so getting my face smashed in by the new Orks was more of a surprise than I’d like to admit.
But! The big takeaway here (and the reason I’m writing this post despite having no pictures of the fight) is that is was a FANTASTIC game. It was a nailbiter from turn three on, one that could have gone either way and hinged on one crazy die roll after another. With the Spiders rolling sixes left and right, and the Orks answering with stellar Ld. rolls and Charge distances, it was truly an epic bout. And all in 500 pts no less!
But, heck yeah ORKS! There’s no army like ’em, I love seeing them (and fighting them) on the table. And their balls-to-the-wall attitude presents a threat to my particular Eldar playstyle that always results in crazy awesome games.
I hope you’ve enjoyed this read (I’ll get pictures next time), and happy gaming!