40k Editorial: Highlander – There Can Be Only One 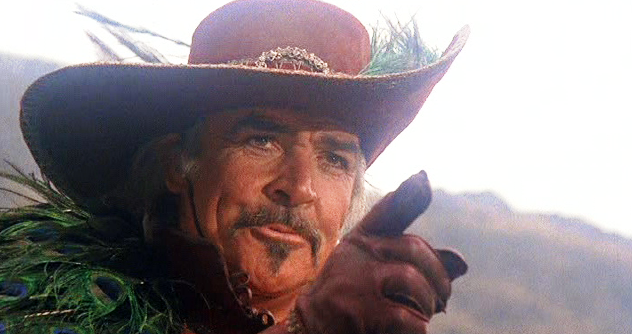 Some say there is a new way to play 40K that levels the playing field.  I think we need to keep looking!

When I first heard about Highlander it sounded both quite exciting and an awesome change of pace but eventually I discovered my first impression was based upon a huge misconception… I thought it was about single elimination… It would take some balls to travel across the country knowing once you lose you’re done. I should have realized that not many people would be interested in such a format and for good reason. Let me say that I doubt any major event will use this format for their flagship championship over the course of the following year. Here’s why. The Great Promise of the Highlander
While proponents of the Highlander system are proclaiming it is a fresh take on 40k and can usher in great variety in the competitive tournament format take a look at some of the proposed competitive Highlander army lists currently propagating the Internet and you’ll probably notice certain distinct patterns — it can be gamed just like any other system and you’ll see a lot of the same types of lists. Basically Highlander changes the meta at best (or worst) but does not eliminate it as has been claimed.

Highlander has been around for a long time but only now is starting to garner some attention at the national level. The main question to ask yourself is as follows — Can the Highlander format truly level the playing field? The Format Itself
The format is highly restrictive as you can only take one of any unit, which effectively eliminates many armies such as drop podding Space Marines. Troops are an exception – once you’ve taken one of each type of troop you can then take another one which is not fair to Tyranids (e.g., Genestealers, Hormagants, Rippers, Termagants and Warriors) while Space Marines only have Tactical and Scout squads. This is an excellent example why in general comp is inherently unfair — with it randomly helping some armies and penalizing others. Note that this exception doesn’t include dedicated transports… Tyranids just got access to an awesome new transport that will finally make them truly competitive again but nope only one — gotta be unique !

I see lots of extraneous caveats being loosely thrown into the mix as well such as not allowing Battle Brothers as allies. Battle Brothers were just fine though back in 6th edition when Eldar and Tau could hook up as the penultimate super friends combo.

The Highlander format definitely favors certain races such as Eldar and Space Marines which both have access to an ample number of solid troop choices. Is it fair Orks can take a unit that is composed of ten of the same troop choice (i.e., the Green Tide)? Of course not which leads into an important question regarding how should the inclusion of detachments and formations be handled. Highlander automatically eliminates certain formations such as the Tau Fire Base and the new Ork formation that has five scouting Battlewagons. The Ruse
Tournament organizers (TOs) can allow multiple detachments but like I said above Highlander is a very restricted format — I see it as a hidden means to effectively avoid what a lot of players truly want, which is to allow the inclusion of multiple detachments and formations without the restrictions (i.e., the true main issue) and as I’ve demonstrated a good number don’t meet the basic requirement. At the same time it sounds like you’re doing something beneficial for everyone with their best interests at heart but really it’s not the case… Truly it’s a means to obfuscate the main issue.

In Closing
I encourage TOs to allow the inclusion of multiple detachments and formations without heavy restrictions. Most every new codex these days will be co-released with a new supplement — this is how the game is now designed to be played. The Highlander format is too restrictive and forces strong comp that discriminates against certain armies while handing a free pass to others…

~Is this what we really want ?