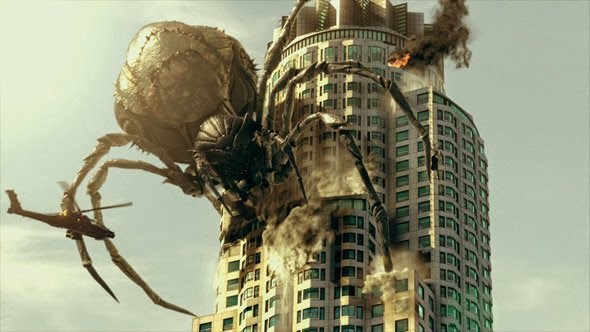 Funny what a week of Tyranid releases can do for an army! Goatboy here again to talk about those new models!

Goatboy here again and as you know last week I got on my small soap box and complained about the new Tyranid models.

I felt underwhelmed by the new kits and thought it just felt like a waste of time.  Don’t get me wrong – they looked great just not worth spending my hard earned cash on when you are just better off grabbing some FW goodness.  It is amazing what a week and a new set of releases will do for you.

Let’s give some background on my play style.  When I got back into the game during the end of 4th edition I was told I should play Nidzilla as it is a ton of big monsters, fairly easy to paint, and forgiving for an oldish newb.  I loved the idea of big monsters and it continues in my other armies with Daemons and Chaos Space Marines.  Now of course the new releases this week has brought a tear to my creepy goat eye and has made me rethink the idea of the Tyranids being a try hard army and instead a true contender. IT’S BACK – IT’S BACK!
For those living under a rock, Tyranids got their Spore Pods back.  They had to go through a name change – Tyrannocyte – but we at least finally have a model that will replace all those bad toys, cardboard eggs, creepy Ostrich eggs, and randomly sculpted Nid nonsense.  They also pretty much kept their old rules with dropping in like normal deep strike (starting turn 2), landing like Drop pods (won’t mishap for the most part), and still act like crazy bullet piles of gross.

For about the cost of the old school staple of a Razorback with Las/Plas you get the option to drop in one MC or up to a 20 “gribblie” sized unit of creepy crawlies.  You can pay extra to get more weapons but as a default it comes with 5 death spitters that can shoot independently but can only target the closest target.  So most of the time it is just shooting at one thing with 5 guns.  It is also an MC and brings to question an army idea thing that I will talk about in the end.  The Pod can move but just cannot run or charge.  So it floats around and tries to be annoying.  Thankfully it doesn’t take up a force org slot so you won’t have multiple Obj Secured units running around.  If you pay a power fist cost you can get Barbed Stranglers or Venom Cannons.  If they were Heavy Venom  Cannons we might have a tank buster unit but as is I would say keep it cheap and anything you kill with Death Spitters you just chalk up to the averages falling in your favor.

BIG Thumbs UP!
I give this unit a big talons, thumbs, tentacles, and crusher claws up as it helps the Nid player create an environment where the opponent is always guessing.  The pods are not locked to any unit so you can easily shift whatever you need to show up turn 2+.  This is pretty amazing and should help Nids fight a lot of the top tier armies by allowing you to redeploy quickly and efficiently based on the threats needed.  Hive Guard coming in on Turn 2 can be a great way to pop some Wave Serpents and make that Eldar player rethink.  Heck the crazy FW super assault Lictor would love to come down from the sky instead of relying on a few turns of good runs.  Heck I expect a lot more old Nid players to come out with this new kit.

Oh and stupid idea – what stops you from putting in more Tyrannocytes inside each of them.  So just like Russian Nesting Dolls you can drop one and 5+ shoot out?  Does that work?  The Pod says you just put in an MC and the Tryannocyte is an MC.  Just imagine dropping one in and ringing an entire army as one pops out then the other deploys and just surrounds an army.  I am sure it isn’t good but still it is funny to think about.  Ok enough of that onto the review…

The kit makes 2 other options as well and I am extremely happy with this type of model creation.  The trick to making customers buy more then one model is to have the kit build multiple different things.  It also lets the store need less space to put out all the kits as well.  Hrm it seems GW is thinking more and I hope to see more dual/tri kits in the future.  The other two units seem interesting with one most likely not getting fielded while the other will depend on the armies in you area.

Sporocyst
The Sporocyst costs the same as the Tyrannocyte and becomes an immobile bunker.  It has the same load out options as well as stats from the Spore Pod with the extra rule of increasing the synapse range of Synapse creatures that are near it as well as spitting out 3 Spore Mines during the shooting phase.  Once per battle it can spit out the other option from this kit as well that I will go over later.  This is an interesting kit that I don’t think will see much of.  It does some neat things but not being able to move is a bummer.  If it deepstriked in I might put this in a better place but as of right now it just seems more cute then actually necessary.  Maybe if it gave out shrouding or some kind of protection spell it would be great to have holding your back field.  The model can at least infiltrate but still I just don’t see that winning you the game instead of some kind of big monster etc.

Mucolid
The final kit out of this box of gribbilys is the Mucolid Spore.  This is a bigger Spore Mine that starts stronger, can hit flyers, and can get stronger by other mines near it.  This one is cheap too at the cost of a Plasma gun and counts as a troop choice.  It seems the ripper swarms might have a threat to their Ally troop choice place.  The Spore floats just like a spore mine and gets the extra benefit of shrouding too.  The ability to hit flyers at Str 8 AP 3 is just a sweet bit of awesome.  I am not sure how many are worth buying as they move randomly but dropping them in via Deep Strike with some Biovore love will be the key to some Tyranid combos in the future.  Heck I think the Living Artillery Formation might be key to making a rather mean Nid Army combing off of Spores landing all over the place. More New Bugs Please…
This new kit means the Toxicrene might actually have a place.  Coming off a pod, spitting some poison out like some crazy rap lyrics, and maybe taking a charge in the face is where this monster might meet its need.  Right now I am hoping the next batch of Tyranids gives us a true knight killer.  I think that is where the bugs are hurting the most – the lack of true anti Vehicle that isn’t reliant on Psychics and luck.  If only Haywire would truly blow something up and instead of just taking a Hull Point.  In fact here is a basic Tyranid idea for an Anti Vehicle MC.

Basically this bug is designed to rush out, punch a vehicle/tank/walker/etc and most likely not survive the fight.  Would something like this even work?  What if it made a second kit – a sort of gun version that shot Haywire missiles?

This other one would be a sit back and shoot bug just designed to knock out vehicles.  You could set it up to act like Hive Guard and ignore cover completely but most likely have to shorten the range.  Still this bug would kill those pesky Knights and at least help get a few Hull Points off.  It can’t fight for crap so it would need to be taken care of in the back field.

What do you think will see next week for the bugs? The leaks look like Zoanthropes are finally coming out.  I am guessing they might work out a way to get a Lictor out of it too as that is one of the few missing pieces to become completely injection molded plastic.

Are the new Nids making things exciting the land of 40k?  Is the move to rules in the box become a norm for GW and the player needing a binder to complete all the rules for their army?  Will see what next week brings us.