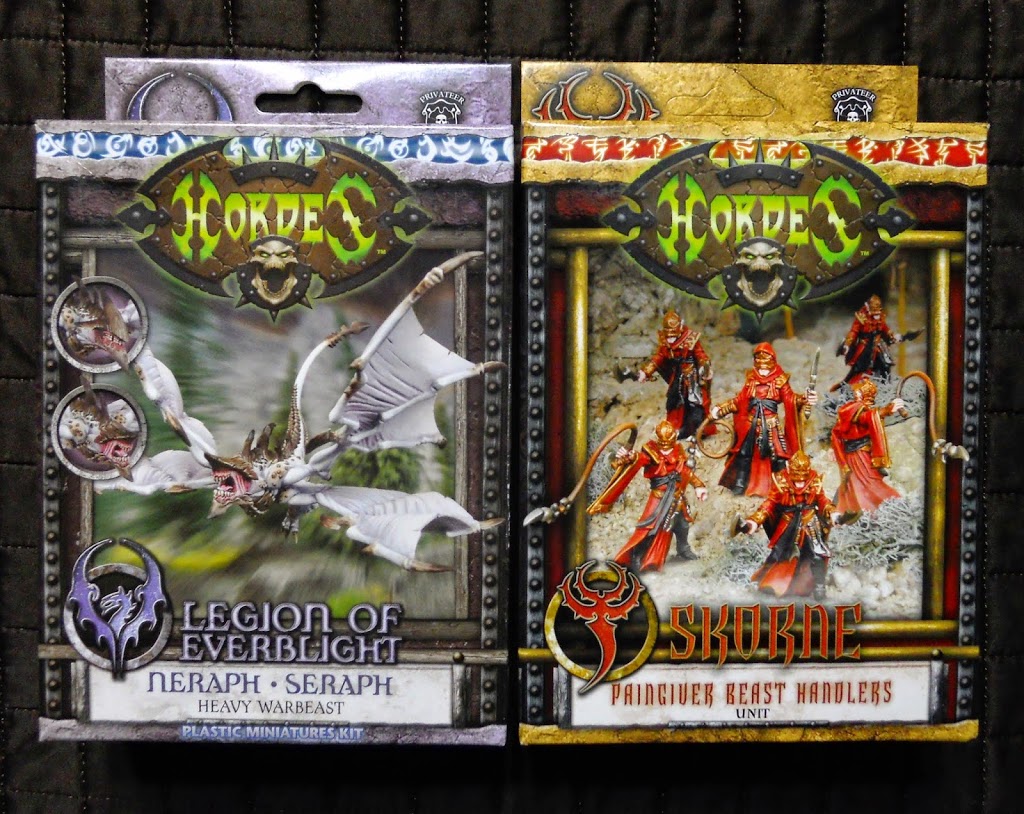 Those three new Warlocks aren’t the only recent releases Privateer Press had for us. While I don’t play Legion I still think this is a really cool release. I just love how they’ve taken the change to plastic as an opportunity to do something really cool. We have a warbeast taking flight! Of course Legion players will surely want to get their hands on the new Neraph. Here are all the pieces, complete with a flight stand. Curvy Neraph tail. Usually it’s something like an axe or sword that distinguishes one beast in a set from another, but here it’s just the tail. Although for this beast, the tail is a weapon. Look at the point on this one. Of course the other pieces that set them apart are the heads. Here’s a side view. Surely I’m not the only one who looks at the Neraph head and is reminded of those things from Pitch Black? Our next unboxing is a re-boxing. If you’ve already seen these Paingivers, awesome. These shots are for someone who may not have. Eight years. Eight! Hard to believe that’s how long these sculpts have been in service. They’re not quite as snazzy as some newer models, but I think they hold up pretty well. They’re a lot of models I’d put out to pasture before these. So lets have a closer look. Just a single arm to attach. Sometimes I miss the era of one to two piece models. Here’s the other grunt from the unit. And the leader.
~That’s all for October. Next month there should be all sorts of new goodies. Epic Xerxes and his huge base are pretty exciting, but Helga is the one I’m looking forward to.