Shields and bases out of the way. Time for some painted miniatures right!
Hi! I`m Tommy from the blog bigbossredskullz and we are making a retro 4th edition miniature based Chaos Dwarfs army!

I’ve covered my initial thoughts on army list, how I’m doing the bases and the colourful shields in part one, two, and three. Now it’s over to the bread and butter in any fantasy army. The infantry block.

I like to start on the largest core unit since my motivation is at its highest in the beginning of a project. For this army it’s the 30 strong Infernal Guard. But before I hit the brushes..
Sourcing Inspiration
You don’t have to be a fluff writing god to have your own background. I’m not by any means, but what I have in mind is that this is an outpost garrison force. High in the mountains and far away from basically everything. Stationed in an ancient tower, the roads and plateaus outside the tower is cracked and broken by the passing of time in a very harsh climate. However the tower and the tunnels digging miles and miles in the mountains stand strong. Making no sense with such an outpost? If you’ve ever been in the army you know there’s no sense behind stuff like that 😉
So there you have a sample that explains my choice of basing. But what about mood and inspiration in terms of painting?
For me it came quite easy. As I’m from Norway and a huge fan of Norwegian and Scandinavian folklore I went searching for images that would help me set the mood. Bleak and cold with a blue tint is what I’m after. With the direction I want in place it’s…
Pre-paint preparations
I assemble and prepare 5-10 in one go since basecoat is more economic that way in my opinion. Notice that I use Mantic shields and handweapons (even some ungor). They scale up well and I didn’t have any of the original shields anyways. I think that this makes them less uniform as well.
I then stick them to a cardboard plate with some tape on to hold them in place.
And that’s it, miniatures ready for basecoat!
Painting
Finding the balance in painting a large unit can be tricky. I would never recommend taking more than 10 in one go. It’s so quick to forget certain steps when there’s so many. I normally do 5 at a time but now I do 2 actually. There’s so many steps with washes and blending it would end up a mess with more than that. I know this contradict what I did myself when painting my green tide formation (126ish miniatures,) in a few weeks. But something came over me then..
Anyhoo, back to the Infernal Guard (though I’ve warned before that I digress a lot)! Did you see blue Chaos Dwarfs coming?
I’ve wanted to do them in a distinct different style since I got them. I don’t mind the red and black on lava bases but it was not for me. Mine are (or at least that’s what I’ve attempted) trollish, ethereal and cold beings. Creatures that also could’ve come from the Norwegian folklore though I hope that you agree that I’ve paid these vintage miniatures the respect they deserve and retained some of their classic look despite doing my own take on them (though I suspect my mates will call them blanisser…).
In part 5 it’s the Sorcerer-Prophet, Infernal Castellan BSB with huge retro banner and the Infernal Guard command group (with a small retro banner).

Meanwhile, if you want to, you can see my finished hobgoblin khans here or my latest batrep here.

That’s it for part 4! So does blue do it for you and where do you find your inspiration? And what is a blanisse?! 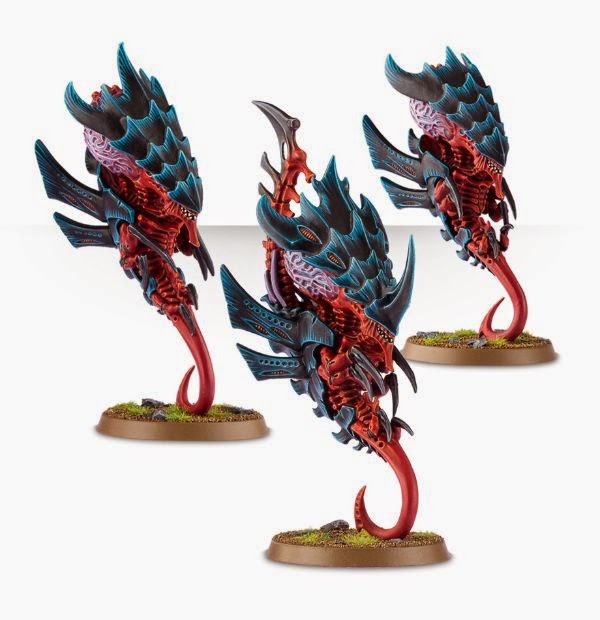