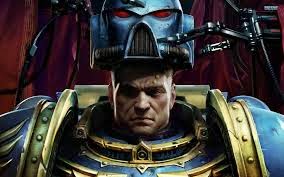 Doctor Z here from Doctor Z’s Laboratory,This week I ask the question – Are Codex Marines always the best meta list?
Every year I seem to take a subconscious step back from the hobby around this time of year. Maybe it’s the distraction of Christmas, maybe it’s the plethora of sports viewing options, or maybe it’s just the fact that it’s too damn cold to make the trip down to the hobby shop. Whatever the case I haven’t been playing enough games recently and that is almost always when I get the smartest. Sometimes you need to take a step back from a situation to really come up with the most honest realizations about that situation.  A few weeks ago as I was cleaning up my hobby corner in preparation for the possibility of non-gaming family members entering my home I made one of these realizations. Within the 10 thousand plus points of space marines I own I have everything.  When I say that I don’t mean I own everything I mean I have access to everything. No matter what I wanted to use I could I all I have to do is pay the points. That got me thinking are Codex Space marines secretly the best army in 40k?

You Can Do Anything You Put Your Mind To The thing I hear all the time from competitive 40k players these days is that the meta is very paper rock scissors. That you can build an army that can beat Adamantium Lancebut it loses to Wave Serpents, or that it can beat serpents but loses to Daemon farms, etc. etc. etc. What makes Codex Marines special and possibly unique is that they can be the paper the rock or the scissors at will depending on what you want or need. If you can identify the popular meta choices for any given tournament Marines can build a counter to it, not only that but you probably have a couple of choices as to which of your counter options you want to use.

Just as an example If their rock is Wave Serpents then your paper could be a Centurion star, A bike star, Drop Pods, or even an outflanking rhino rush. You can cover that rock with your choice of wide rule, college rule, parchment, or construction paper. That kind of flexibility is extremely valuable to a good player. I love my Dark Eldar army but they can’t do that in fact I’m not sure I can name another army that can.

So what gives Codex Marines that flexibility? The army has a huge list of units to choose from to begin with but one the unique things about marines is that the units within the book are so easily customizable. Take the lowly Tactical Squad as solid if not spectacular or exciting choice. The squad has the option to have a Melta Gun, Flamer, Grav Gun, or Plasma Gun, the sergeant can have the combi version of any of those same weapons, and there are heavy weapon options for a squad of 10 or more.  Even leaving the heavy weapon and close combat weapon options out of it, and assuming the sergeant and special weapons guy decided to match guns that leaves 4 different squad options that can be used for 4 very different rolls. On top of that they have 3 different transport options in the Drop Pod, Rhino, and Razorback. That squad then gets to pick one of 7 different Chapter Tactics  (19 if you count Forge World) for a total of 84 (228 with Forge World) different possible combinations. Now I’m not going to stand here and tell you that tactical marines are the most powerful unit in 40k, they are simply representative of the flexibility of the Codex as a whole.

All those weapon options are what make Marines such an effective take all comers army.  There are few if any other armies in the game that can spam out as many of any given special weapon and deliver them as effectively as Codex Marines. This ability is multiplied even further with the inclusion of Sternguard and their option to take a combi-weapon on each and every model in the unit. Regardless of what antagonist the tournament meta presents as a Codex Marine player you can equip your squads with the most effective weapons for dealing with it. Titans blocking your path? Load up on melta. Too many Wraithknights, Riptides, and Centurions try Grav weapons and so on. Possibly the most compelling reason to name Codex Marines the best take all comers army in the game however is the number of ways they can deliver all those weapon options to where they need to be. Think of all the platforms a Marine player can hit you with a Melta shot from; Centurions, Bikes, Tactical Marines, Sternguard, Legion of the Damned. There is also the list of dedicated transports to consider. Rhinos, Razorbacks, and Drop Pods all give you unique advantages and disadvantages.

You get one of the cheapest Objective Secured designated transports in the game, it holds 10 Marines who can combat squad and still sit in it, it blocks line of sight and has 2 fire points that can be used to fire whatever weapon you need out of. With the right chapter tactics/ characters you can even outflank or scout them. All in all the common rhino is one of the best transports in the game we just forget that because we’ve had them for so long. I promise if Games Workshop took them away tomorrow you’d notice it.

Slightly less flexible than the rhino, but still very useful the razorback has an arsenal of heavy weapon options to complement its parent squad. An underutilized design is the twin linked heavy flamer variant which doesn’t cost any additional points but is a nightmare for infantry armies when it’s being Objective Secured in the wrong place.

An AV 12 Objective Secured unit that costs the same as a Rhino but can Deep Strike onto on objective on turn 4 is annoying. When you fill it with 2 more Objective Secured units with a bunch of special weapons it’s a B!$#H. This unit is my roommates least favorite Part of 7thedition.  The fact that the guys inside can get out anywhere within 6” of the pod means that it’s nearly impossible to scatter out of 2 dice Melta, or 2 shot rapid fire range.
Putting it All Together

All of that is well and good but it’s not the reason marines are so good overall. It’s all the other things that you can pile on to that.

Marines have one of the game’s best close combat units in the Chapter Master.

They have the only surviving Deathstar from 6THedition with Centurions.
They have one of if not the best allies’ matrix of any faction.
They are a holdover in their ability to turn a non troop unit (Bikers) into one.
They have one of the most underappreciated rules in the game ATSKNF.
Their rank and file guys beat most other rank and file guys in close combat.
They will always get updates. (not so much a rule but still helpful) As always if you’ve hated everything I’ve had to say or if you have a 40k related question or comment of any type please send it to me at [email protected] and I may just but it in my impending mailbag column.

What do you think? Are Codex Marines still the best take all Force in 40k has the paper rock scissors meta hurt or helped them?
Subscribe to our newsletter!
Get Tabletop, RPG & Pop Culture news delivered directly to your inbox.
By subscribing you agree to our Terms of Use and Privacy Policy. 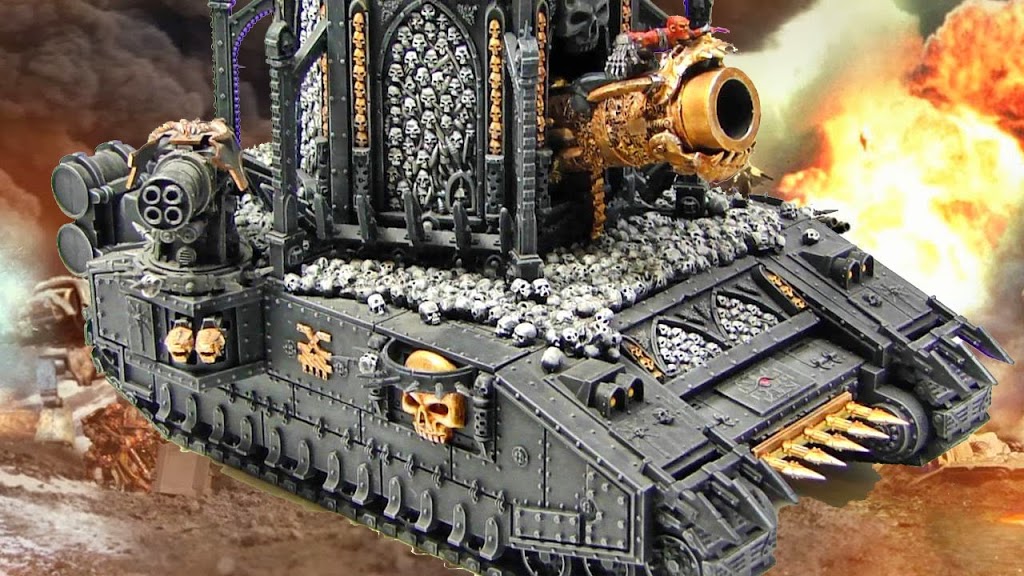