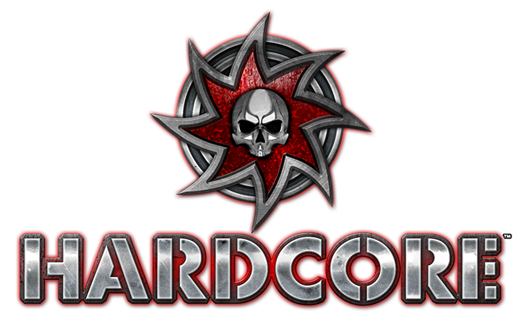 We here at BoLS love to see companies embrace organized play.  Here’s the latest for Warmachine/Hordes:

Take it away Mr. Hungerford:

Steamroller 2015 is here!
That’s right, ladies and gentlemen, the new tournament documents are now live and ready for download. Before you start reading, let’s go over some of the major changes you should note for each format.
Actually, first let me take a moment to show some appreciation to everyone who helped us with this year’s release. A huge amount of thanks must be given to the Judges, Press Gangers, Infernals, Playtesters, Mods, and all our volunteers who helped playtest the new scenarios over the last few months. The input and feedback we received was tremendously helpful, so here’s to all of you out there who gave us a hand. Cheers!
Now then . . . let’s get to it.

Steamroller(click to snag the rules) is the foundation for all WARMACHINE & HORDES organized play. When we talk about different formats, Steamroller is every format. It’s a toolbox for tournament organizers that allows them to tweak and customize their events to meet the desires of their community. As such, the document itself needs to be streamlined and easy for all players to understand while providing them with tactical options that will apply to any competitive game of WARMACHINE & HORDES played at any point over an entire year.

There are several interesting changes in this year’s Steamroller doc, such as new terrain guidelines and updated timing rules. You’ll find many of these smaller tweaks as you read through the rules, but two big changes are likely to catch your eye immediately. First, we’re down from twelve scenarios to a total of eight. The Masters and Iron Gauntlet scenarios are no longer a selection of six taken from the Steamroller options but are instead simply the exact same eight scenarios. This means that no matter which Steamroller event you’re playing in, you can be practicing for higher levels of competitive play if those formats interest you.
The biggest and most exciting change you’ll see in Steamroller is the new objective system. Previously, different objectives were tied to specific scenarios. You could never be certain of getting on objective that boosted the effectiveness of your artillery or that provided you with a defensive bonus—it was the luck of the draw. Well, those days are over.
Now there are six different Steamroller objectives, each with a unique set of bonuses to offer your army. When you attend an event, you select an objective for each of your army lists. These objectives have no point costs, and you can select the same objective for multiple lists if you like. Each time you play a scenario that uses these objectives—and five of the eight do—the objective placed on your side of the board becomes the specific objective for the list you are running. So, while you can’t guarantee you’ll always have the objective bonus for every round of an event, you can plan your army list with the idea that you’ll have these perks available most of the time.
You’ll definitely want to take some time to read about these new objectives and how they work, as this new tactical option is a baseline rule not only for Steamroller but for Masters and Iron Gauntlet as well. Hardcore(click to snag the rules) is the original premier competitive event, the classic tournament that harkens back to the old days of WARMACHINE—back when winning a game by scenario wasn’t an option, back when it was just kill or be killed. Hardcore tests a player’s ability to succeed using only one army list, hobby skills, and the ability to play under pressure. It’s fast paced and hectic, just like it always has been.
So, what’s changing in Hardcore? Well, almost nothing. Some of the smaller tweaks and updates you’ll find in Steamroller have been applied to Hardcore to bring it up to date with the current tournament rules, but otherwise this format is exactly how you remember it: classic brutality. The WARMACHINE & HORDES Iron Gauntlet World Championship(click to snag the rules) is unique when it comes to updates. Each championship series runs from Lock & Load to Lock & Load, one summer to the next. This means the Iron Gauntlet rules receive two updates a year, one at the beginning when the new Steamroller document releases and a second after the World Championship finals.
The first update allows Iron Gauntlet to share the same rules established by the Steamroller 2015 update. Thus, the new scenario package, the objective system, and so on have all been applied to the current three-list Iron Gauntlet format that utilizes the exciting Gauntlet Rounds for the final four players. If a major format shift occurs for Iron Gauntlet it will be published in the summer update, so be sure to keep an eye out for any potential changes. The Masters(click to snag the rules) format has always been an arena for competitive players to prove they are true masters of their faction. The format has gone largely unchanged for many years now, however, which in recent years has created an interesting question: what makes Masters different from Steamroller?
You see, it is our vision and goal to have each of the three premier tournament formats (Hardcore, Masters, and Iron Gauntlet) offer competitive players a distinct experience from the standard Steamroller event. As Steamroller 2015 was developed, it became clear that because Masters would share scenarios with Streamroller, there would be no true difference between the two formats. Masters was effectively just a three-list Steamroller that used Deathclock and Divide & Conquer.
Masters was no longer achieving its goal. Nothing in the format allowed players to truly demonstrate faction mastery by showing a deep understanding of their model roster. With this in mind, we set out to do something we haven’t done in some time: change the Masters format.
The first change you’ll notice is that Masters is no longer a three-list format; it’s now a two-list format. This alone is an important shift in how Masters events will play out, and it provides each of the three premier tournament formats a very important distinction. Hardcore is our one-list format, Masters our two-list format, and Iron Gauntlet our three-list format.
To further distinguish the gameplay experience, we wanted Masters to promote and incentivize creative list building using as much of a faction’s roster as possible, but we didn’t want to penalize anyone who preferred to use their traditional lists. So, Masters now has a unique feature known as the Active Duty Roster.
The Active Duty Roster is a rotating cast of four warcasters or warlocks for each faction. Players are not required to use these specific models if they do not wish to, but if both of a player’s army lists are led by a warcaster/warlock from the Roster, that player receives a benefit called Vanguard. A player with Vanguard can add up to 20 points of specialists to each of his or her army lists.
Now, you’re probably wondering how the Roster selections are made and how it will be updated in the future. The Roster is populated with uncommon warcaster/warlock pairings from previous Masters’ event data. This doesn’t mean you won’t see the top-performing casters rotate into the Roster; it means that when they do rotate in, the other Roster members at that time won’t be warcasters or warlocks you would typically see paired with them.
This new rule presents an exciting option for competitive players and list builders. You can stick with what you know and what has produced proven results in the past, and there is absolutely nothing wrong with that. If you are inclined to experiment with your faction, however, you now have a powerful tool to do so. Twenty points of specialists, over a third of your army list, is nothing to sneeze at. With that many points of flexibility, a player can cover a great many of an original list’s weaknesses or further augment that list’s strengths.
We hope you enjoy the new evolution of Masters, and we look forward to seeing the lists that arise from both the two-list format change and the addition of the Active Duty Roster. For those of you who are excited about using the Roster, you might want to start practicing now. You’ve got six months to figure it out before it rotates again.
Good luck!

Once again, we see Privateer out there promoting a wide ranging set of organized play structures ranging fromt he casual up to the hardcore, with a new set of incentives to get players out of their ruts and trying out new innovative lists.  Other game systems could learn a lot from this approach – BRAVO Privateer!