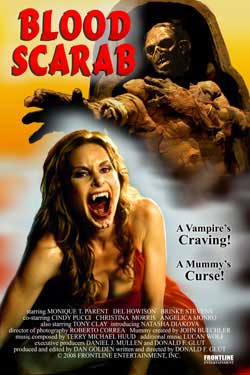 Goatboy here and the consensus is Codex Necrons is probably the strongest new book we have gotten in a while. Look what you can make!

There really aren’t any bad choices in the new book with everything having its uses (amazing when you allow everything to score it helps make every unit better).  Instead of just some rehashed review you have read over and over again instead I want to see if I can rebuild an older list and see if it works in the new book.  I think the changes to Scarabs Swarms might make the old Spyder Hive list good again so that is my initial – list thoughts.

As this is an attempt at creating a full Spyder Hive list there will be duplicated units.  Make sure to hide your children from the salty nature of said list and the ideas represented here.  You have been warned.

Alright as I am looking at generating the most out of my Scarab Swarms I need to ensure I have multiple Spyder Friends.  I also want to make sure these guys survive so I will most likely use the Formation – Canoptek Harvest formation.  I think it only allows for one Spyder as it doesn’t say Spyder Unit so that is how I am looking at that formation.  I plan on trying to get this to fit into a 2 source format even though I don’t always agree with that assessment for army lists.  I just know a lot of events are running it this way – thus I should plan a list around that.

The idea is I can basically get so big with the Scarab Swarm I can easily assault whatever I need.  Obyron with Orikan will give me a reroll Armor save that can easily tank some wounds as well.  Plus the big Swarm of Scarabs will have their normal Armor save and then a 5+ FNP even versus the the dreaded Wave Serpents.  Then if you need too you can teleport forward with the Ghostmantle and try for a big assault Turn 4-5 as needed.  I also thought of using a Cryptek instead of the Diviner to give myself a 5+ invulnerable save versus shooting attacks but thought the nature of reroll 1’s on the armor save might make for a very rough combo for armies to deal with.  Plus you also have 3 Night Scythes to go get objectives, shoot other flyers, and be a pain for a lot of armies.

This list should be rough for Adlance as massed Scarabs assaulting should easily remove a knight or two with their special attacks.  Plus you also have a ton of Spyders to cause issues as well in the backfield.  The Wraiths are the counter assault unit needed to keep armies fair.  The biggest pain in all of this is owning that many dang Spyders.  Plus needing 30+ bases of Scarabs.  Still it might not be a bad army in the current Meta of 2 source 40k.  Plus the little jerks can hurt a ton of Vehicle LoW, big MC’s, and just about anything with enough rolls of a d6.

~What crazy Necron plans have you come up with?  Do you think they can outpower codex Wave Serpent Eldar?

Author: Thomas / Goatboy
Thomas Reidy, aka Goatboy, the ever-evil member of BoLS. I do arts, play 40k, and even paint a lot of stuff. I have been playing Warhammer 40K since the 1990s, and have won multiple national events including Adepticon and GW GTs. I've been writing for BoLS for 15 years. Look at my Instagram to see what I am working on - or working on for someone. I am always doing something hobby related.
Advertisement
Armylists Editorials Necrons Warhammer 40k
Advertisement