40K Tactics: The Ascendance of AV14 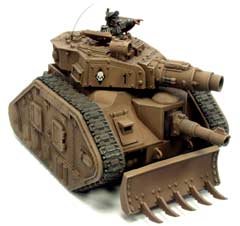 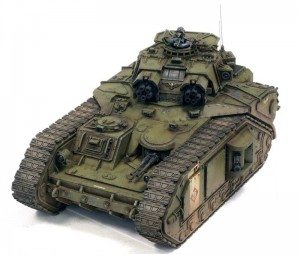 Hey everyone, Reecius from Frontline Gaming here to talk about the return of heavy armor in the current 40k meta. Here’s what you need to know.

Everyone knows AV14 vehicles aren’t that great in the current tournament meta….right? With the plethora of high powered shooting and mega durable, fast, hard hitting assault units out there, the lonely tank just doesn’t stand a chance these days….right? 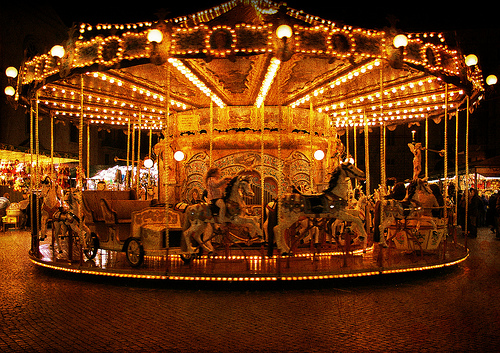 Welcome to the Meta – hold on tight!

Trends in the meta tend to be self defeating. What I mean when I say that is, a certain line of reasoning becomes commonly accepted and then the environment shifts and that same thing that was “bad” now is good, because no one is taking tools to counter it, anymore.

I played a for fun game last night against my buddy, Pablo, on our Twitch channel (which you can tune into every Tuesday and Thursday night for some live 40k games! 7:00pm PST) and we decided to go mechanized lists for a laugh. I busted out 5 Leman Russ tanks as I love the models, have 8 of them, and wanted to give them a go. Now, to be fair, both Pablo and my lists were pretty mild, but we had a super fun game and it got me to thinking….

(You can watch the replay of the two live games form last night here, first match was Ultramarines vs. Astra Militarum, second was Skitarii vs. Chaos)

In the current meta, there is a lot of powerful shooting that is all below str8. Most of it is 6 and 7. Things like Missilesides, Scat Bikes, Warp Spiders, Plasma Vanguard, etc., etc. all smoke the average target unit, but can’t scratch a good old fashioned AV14 tank. The problem typically though, is the high points cost associated with that lovely AV14. Land Raiders are just too pricey (make them super heavy!!), Battle Wagons are cheap but pretty easily killed, but then there is old trusty, the Leman Russ.

The Leman Russ had steadily plummeted in points cost. You can now get them for under 150pts for most of the stock variants! Only the Demolisher, amusingly, is over the 160 mark, weighing in at 170 base. The Eradicator, which has a very useful main weapon (large blast, Str6, AP4, Ignores Cover), is only 120pts! That’s incredibly cheap for a vehicle that can stand in the open and not be hurt by most of the weapons in the game. In the current meta, I think their actually is a place for vehicles like the Leman Russ which are durable, put out respectable firepower, provide mobile LoS blocking, and are cheap! That means you can take a lot of them to overwhelm your opponent’s ability to deal with them while still having plenty of points for other goodies! You can find yourself able to overwhelm your opponent, leaving them with few weapons to actually hurt you with if this tactic plays out for you.

A really nice way to get them into your list is to use the Steel Host detachment! It consists of a Tank Commander unit, 3 units of Leman Russes and a Hydra, and all of the units within 12″ of the Tank Commander gain Preferred Enemy. Not bad, and you can upgrade the Tank Commander to Pask who is a beast.

However, there are some very real threats to these heavy hitters that are still quite prevalent: Deep strikers and fast moving assault units. 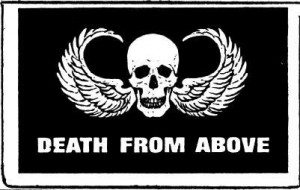 Deep strikers represent the biggest threat to your heavy tanks. They can go anywhere with impunity, and usually pack ultra-destructive weapons like Meltas, now D Weapons, Grav Cannons, etc. These units, if they land on target, will typically be assured to destroy your tank barring crazy luck. Deep Striking Fire Dragons and/or Wraithguard, gating Centurion Stars, Tank Killing Squads with Meltas in Drop Pods, Scouting Vanguard with Arc Rifles, Crisis Teams, etc. are all the big threat. So what’s a Tank Commander to do? You have several options.

For one, you can bubble wrap your tanks with expendable infantry to physically keep these deadly units from landing close enough to you to do their deadly work. However, this tactic–while effective–forces you to play defense. In missions that use progressive objectives, you need mobility to win the game. Turtling in a corner becomes very detrimental and is a bit boring of a play-style.

The other potential solution is Interceptor. Shoot them before they shoot you! The guy everyone knows about for this role is Coteaz, with his 12″ aura ability which allows he and his unit to shoot any and all units that arrive from reserves. That is brutally good, but, the radius is a bit prohibitive as you have to cluster everything together to get it to work. The other character to look to is Azra Redth, chief Libby of the Mantis Warriors. His rules are available here. His Warlord trait is to give he and his unit Interceptor! Nice one. Stick him in a blob squad or with some heavy artillery, and you have a really powerful deterrent unit that can hit most of the table with interceptor. Redth also has some awesome secondary benefits such as Divination powers, 3 wounds, the ability to reroll the seize roll, and a unique Psychic Power that gives his unit Shrouded and essentially defensive grenades. Not bad! The downside is that they can only shoot one unit a turn, but, that is often enough barring a full blown Drop Pod list. Red Hunters Space Marines can also get Intercetpor on a number of units equal to the turn number, once per game, and there are vehicles that come with it, too! Investing in units like these to help protect you is a worthwhile investment to keep your tanks alive and kicking.

You can also go for max defense with things like Aegis Lines+Camo Netting to give your tanks a 3+ cover save or Camo+Shrouding for a 2+, or a Power Field from the Dark Angels, etc.. This allows you to simply take it on the chin and keep on fighting. Just be aware of things that ignore cover, as that can really gunk up your game plan if you rely on cover saves (obviously). 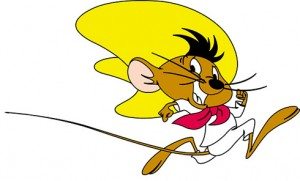 The other big threat is melee. Tanks do not like assault. At all. A quick melee unit will obliterate even a Leman Russ, with ease. Rear armor 10 and 11 simply melts to anything, including Krak Grenades. As the Leman Russ is slow, this is a problem. You need to have a plan for dealing with things like Screamers, Flesh Hounds, Thunder Wolves, Scarabs, Imperial Knights, Wraiths, etc, or be overwhelmed by them. Again, bubble wrap is a great tool which Astra Militarum have access to in spades. Ideally you want to shoot them to death before they get to you, but this isn’t always possible. Look to counter assault units or attempt to keep your distance as much as possible, staying at maximum range. Also, be wary of psychicly buffed units that can go Invisible, or get very high cover saves, etc. which can become very hard for you to counter. I have been banging the hell out of this drum, but take a look at the Culexus Assassin. Played well, he will absolutely shut down a psychic deathstar by himself, allowing your tanks to do what they do. Plus, he’s just good in general terms, I use one in nearly every Imperial Tournament list I take and I have never regretted it.

Hey Eldrad, the path to the Russ goes though me…

Are Russ lists going to be the new hot thing? Probably not, but, they can be a ton of fun to play and serve as an awesome counter-meta list! Consider giving them a try, and I think you may be pleasantly surprised. Viva le variety!