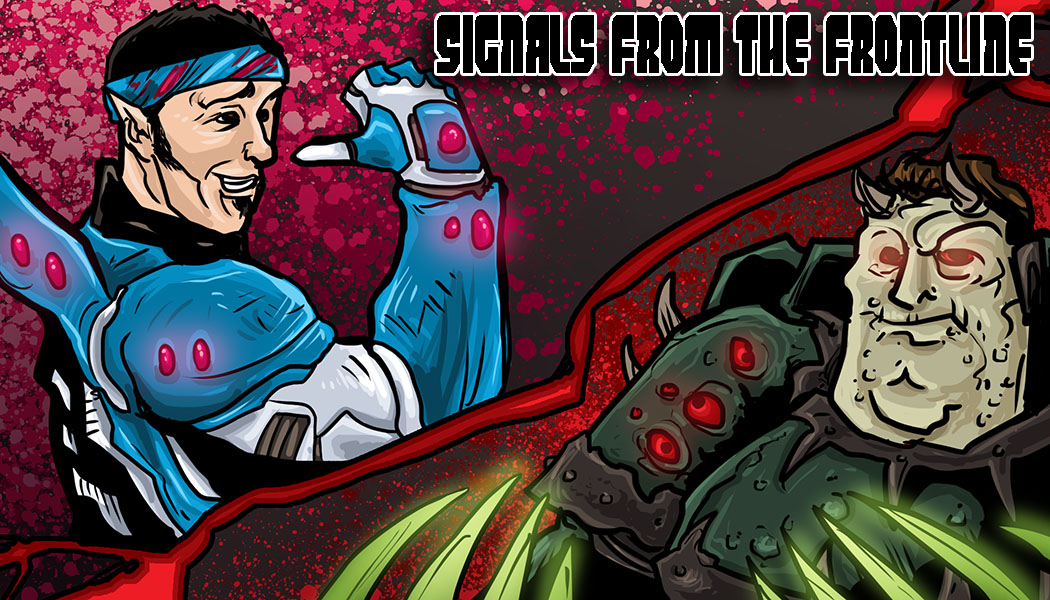 In this week’s videocast, we discuss the BAO, Wargames Con, news, rumors and answer some questions from the audience!

And Much MUCH More!

Have a listen, and we’ll see you all next week!

Author: Reece Robbins
Reece Robbins, is one of the most respected names in tabletop gaming. He founded Frontline Gaming and the largest Warhammer 40K tournament in the world, the Las Vegas Open. Reece has been playing competitively and covering Warhammer since the 1980s. He has won major events including Adepticon.
Advertisement
Miniatures Rules Signals from the Frontline Tabletop News Videos Warhammer 40k
Advertisement