Dark Nexus is about to open up to early players.  Here’s the latest on the upcoming Grimdark video game:

Here’s the scoop from Whitebox Interactive:
Warhammer® 40,000®: Dark Nexus Arena Enters Closed Alpha
Sign up for early access today and be one of the first to play the game
May 6, 2015 (Vancouver, Canada): Warhammer® 40,000®: Dark Nexus Arena, the very first MOBA to explore the rich and storied Warhammer 40K universe, will be entering the much anticipated closed alpha phase on May 8, 2015. Developed by Whitebox Interactive, the Vancouver-based indy game company brings Games Workshop’s® beloved license to life through a truly unique PC experience set to launch in 2016.
To date, the only way to experience Dark Nexus Arena has been at gaming conferences, including Gottacon, PAX East and Insomnia Gaming Festival, but even those lucky few who have had their first taste of the game will be blown away by the latest build on Unity 5, which incorporates the enthusiastic feedback that Whitebox has received while on the road and through community engagement in its forums.
“Not only is Dark Nexus Arena loaded with tweaks and enhancements, the game also sports an entirely new engine – Unity 5, which gives us an outstanding difference in lighting of the characters and environment.  You can really see the difference,” said Jonathan Falkowski, CEO of Whitebox Interactive. “It just feels more alive.”
The merciless MOBA is set in the dark universe of Warhammer 40,000. Players take control of veteran warriors from the iconic Space Marines, Orks, and Tau armies in a bloody four versus four conflict. The entire range of Warhammer 40,000 races are planned for future release, including the Sisters of Battle, Dark Eldar, Eldar, and Chaos Space Marines armies.
In addition to the launch of closed alpha, Whitebox will host regularly scheduled live-streams via Twitch weekly on Tuesdays at 1PM PST, starting Tuesday, May 12th. Players should also keep their eyes on the official Dark Nexus Arena Tumblr to learn more from the developers, who will be regularly posting behind the scenes insight.
Those interested in early access can simply head to the Dark Nexus Arena store to check out the various Limited Edition Game Bundles available, starting at $25. 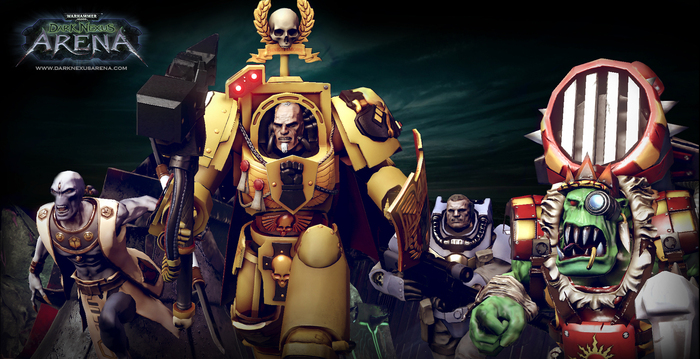 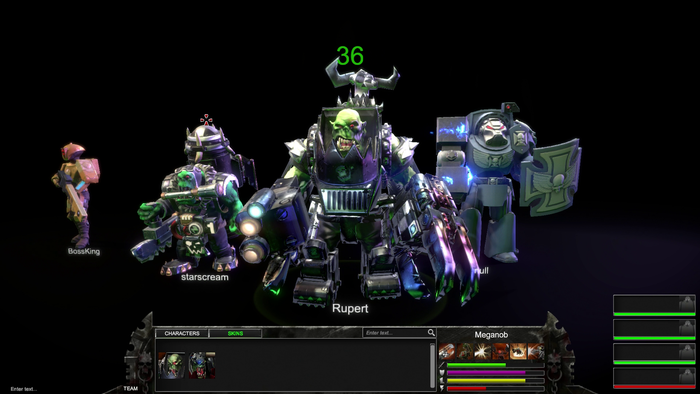 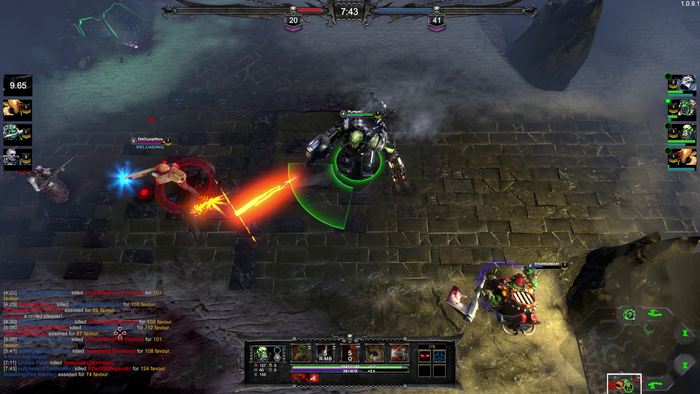