40K: Imperial Knights – Would You Like Fries With That? 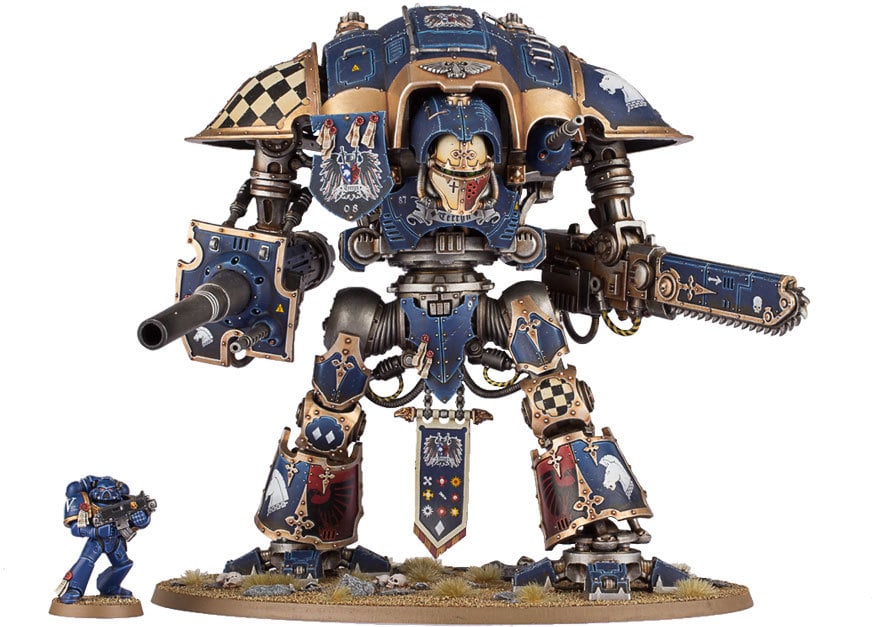 Knights are powerful units and bring the sting.  But, strong as they are, they need support to keep them operational.  Decisions decisions…

Note:  I am thinking Unbound List with my unit choices here.  I know you end up giving up things; just looking to put together a fry up of leftovers sitting around in the proverbial kitchen.  Also, there is always a need for Objective Secured units to hold onto those VPs.  This commentary will focus on units to provide support to the Knights.

Onager Dunewalkers:  If I’m concerned with my opponent bringing Flyer spam, these guys are just the ticket.  Put an Icarus Array on each one, and those Flyrants aren’t so scary anymore.  Not only does Icarus have Skyfire, but Interceptor as well.  If a Marine player decides to try a Drop Pod assault, that Interceptor could cost my opponent a few points and short circuit that tactic.  I know you can drop a Twin Icarus Autocannon on a Knight, but we are only talking two shots each.  The Autocannon also takes up a slot that could be used for things like a Stormspear.  The Icarus also brings 8 S6/7 shots, two of which are twin-linked.  Seems like a smart way to spend 35 pts if you know flying monkeys are coming your way! 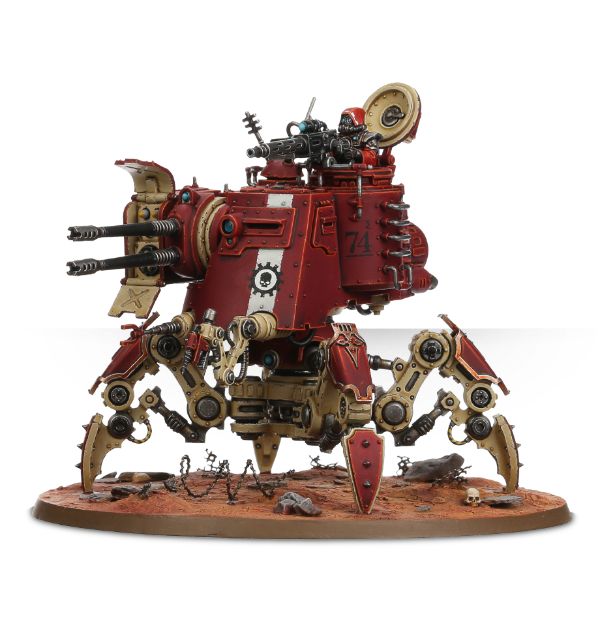 Wyverns: A squadron of these “barrage factories” would be great for handling horde armies that will try to tarpit those Knights.  Not having a Guard dex, I am thinking we are talking four templates each that ignore cover.  That could take a tidy chunk out of some mobs or broods. 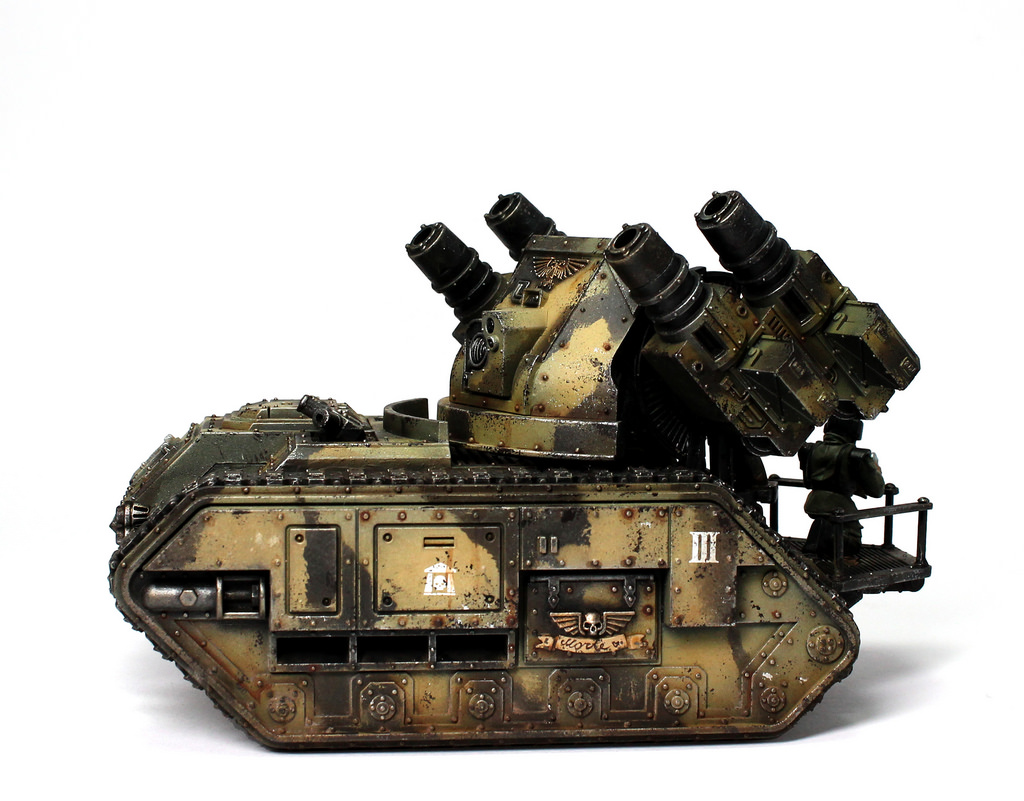 Tech Priest Dominus:  These Cult Mechanicus HQs have the ability to patch up stuff on a 2+ in addition to other benefits.  So why not put one of them next to each Knight and patch up those scatches?  If you take the Exalted Court formation for the Knights, you could give each a Mark of the Omnissiah and add It Will Not Die.  The Dominus combined with the IWND could make it very difficult to kill an already tough Knight model.  I would of course need to put some bodies around the Dominus to keep alive, but would consider that a carrying charge. 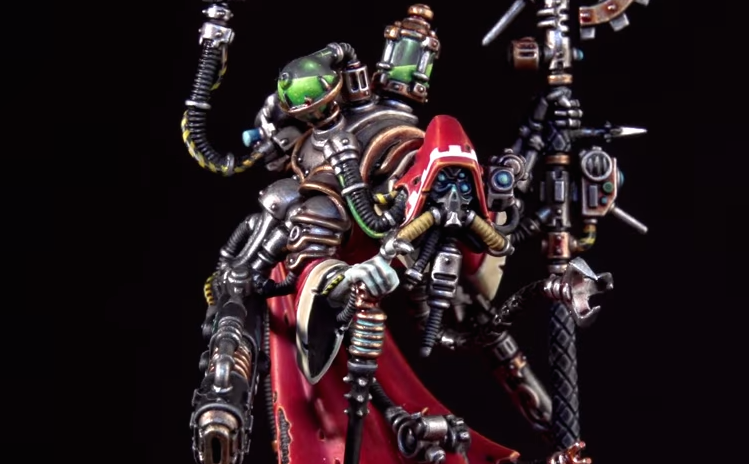 Librarius Conclave:  I am really excited about this new formation, and it has the potential to provide a fair amount of additional kit to a formation of Knights.  Not only does the conclave get essentially any power they want because of power sharing, one of the Librarians has the potential to manifest on 2s (don’t forget those rerolls for Tigerius).  Why would you not cast Invisibility on those Knights?  How many other powers could you use to buff these Knights in addition to the benefits given by Knight formations?  With a bit of consideration, the Conclave has incredible potential to make these Knights insanely good.   Just to rub salt into the wound, I might also bring a few squads of Paladins to put the Librarians into for ablative wounds, getting more Psychic dice in the process.  Even with just 3 Librarians in the Conclave, we could be talking about 10 Warp Charges before a die roll.

Kataphron Destroyers:  Can you say 36 Grav Shots (they fire as if not moving because of their Heavy Battle Servitor rule) at 30″ range (up to 36″ with a 6″ move)?  I sure can if I take two units of three of these little fellas on tracks.  They may only be BS3, but with buffs from other Mechanicus kit,  say Canticles, that could easily be rerolling 1s & 2s.  Lots of Grav goodness to discourage Melta toting models from getting too close.  These guys are also T5 with W2, so they can certainly take a pounding.  Adding to the goodness, they are only 55 pts a model.  Take these guys in an Elimination Maniple formation and they have the potential to jump to BS4!

I think there are lots of options to provide my Knights with support, especially with all of the units available from the Mechanicus and the new Marine codex.

What would you take to give three Knights some backup and fill out that 2000 pt list? 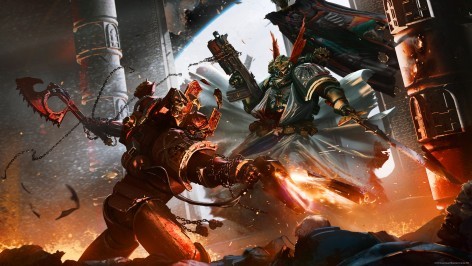