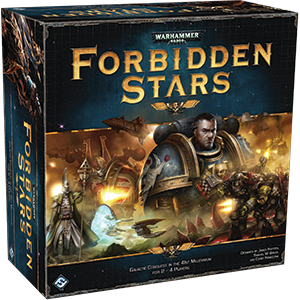 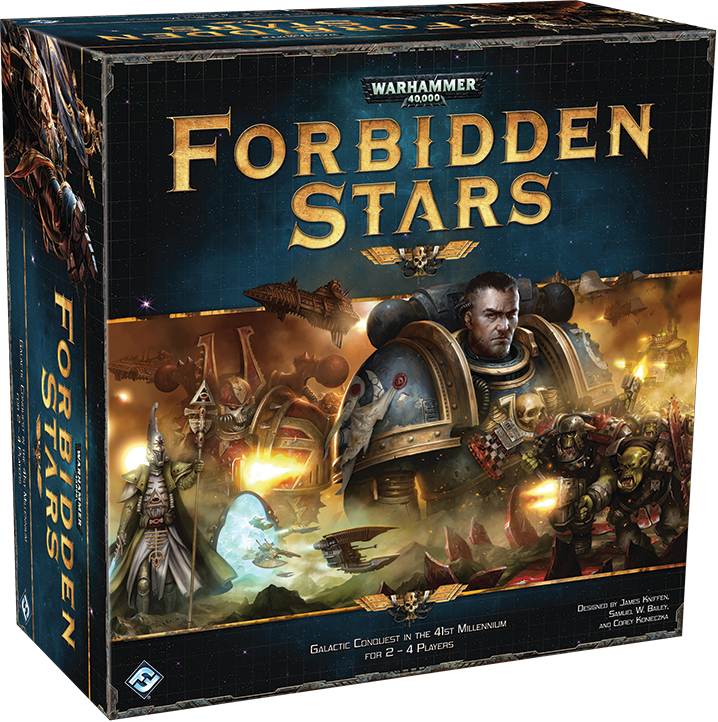 Get ready for awesome 40K Grimdark grand strategy and conquest.  FFG’s Forbidden Stars is on shelves! Run, don’t walk to snag your copy.

Here’s the quick rundown from FFG:

“Forbidden Stars is a Warhammer 40,000 board game for two to four players that challenges them to battle for the planets of the long-lost Herakon Cluster. Every turn, players must issue orders to their armies in the field, marshaling new armies and leading massive warbands on the road to war. Players can fight for the Ultramarines, the World Eaters, the Evil Sunz, or the Eldar of Craftworld Iyanden. Whichever faction a player supports, every game offers tense battles and cunning strategies. ” 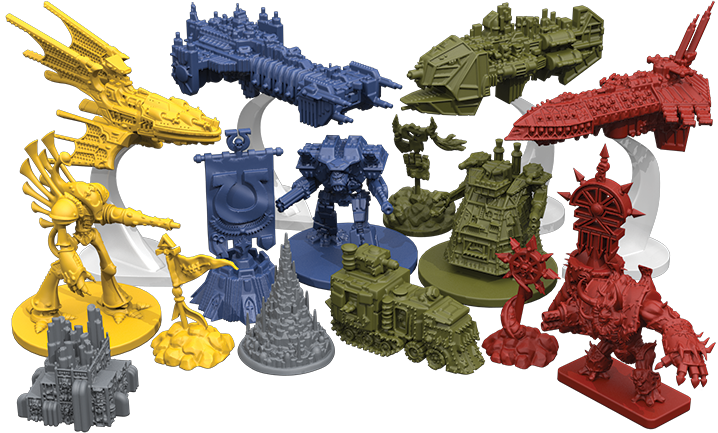 How about THOSE playing pieces/miniatures…

“Forbidden Stars challenges you and up to three other players to take command of a mighty fighting force: the Ultramarines chapter of Space Marines, the Eldar of Craftworld Iyanden, the Evil Sunz Ork clan, or the World Eaters Warband of the Chaos Space Marines. Each faction offers unique armies and play styles, but your goal remains the same – to claim the key objectives selected for your faction. These objective tokens are scattered throughout the Herakon Cluster, but your opponents are sure to defend your objectives against you. You’ll need to build massive armies and command them in unending war to best your enemies and claim your objectives. ” 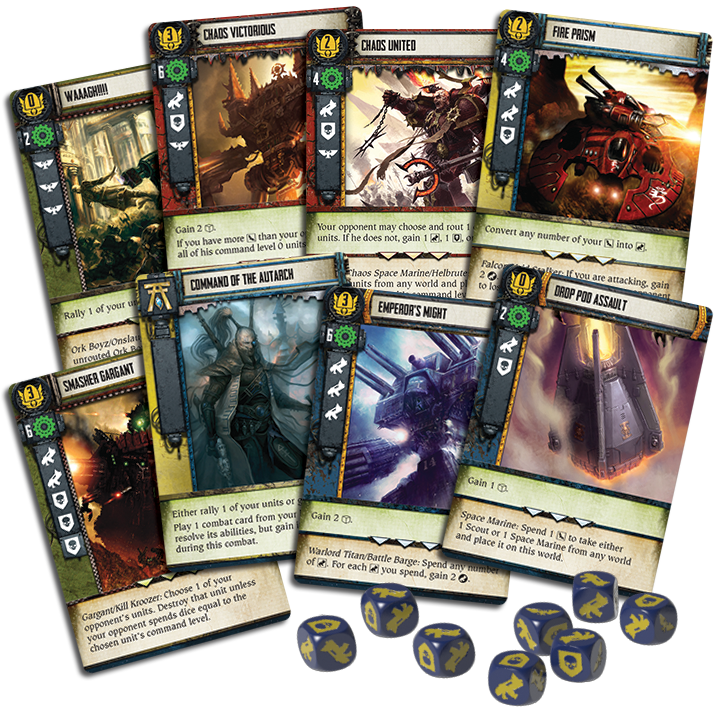 “Each faction in Forbidden Stars features units and Combat cards unique to that race, meaning that each faction brings its own flavour to your battles for the Herakon Cluster. Whether you mow down your opponents with the World Eaters, build your defenses with the Ultramarines, rely on strength of numbers with the Bad Sunz, or outwit your opponent with the Eldar of Craftworld Iyanden, every faction has its own distinctive way to lay claim to the sector.”

This is fantastic! Look for a full review soon, and here is the BoLS unboxing to whet your appetite! It is on store shelves NOW.