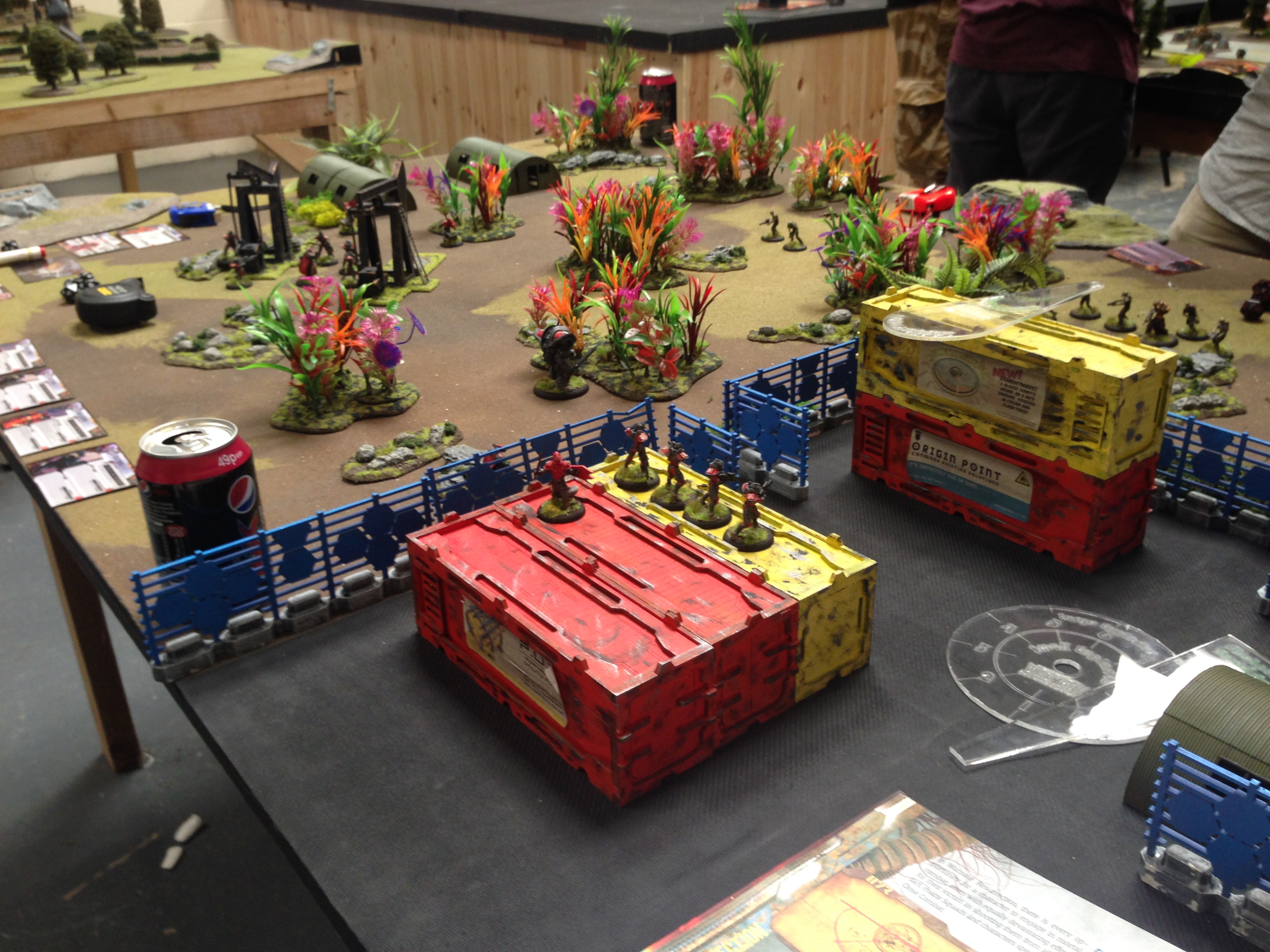 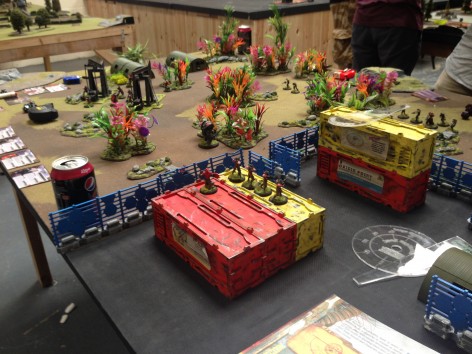 Are you frustrated by a lack of cover on your battlefields? Maybe you’ve got too much? Are your tables unfairly favouring one or the other player? In this series of articles we’ll look at the theory of setting up tables to do what you want them to.

The Measure of Far and Near

For time immemorial, military commanders have battled not only their enemy but also the weather and terrain. The ancient military philosopher, Sun Tzu, once said “he who first knows the measure of far and near, wins”. Indeed, most if not all tabletop wargames are enhanced by the addition of well-made, well modelled and well-placed terrain.

This holds particularly true for skirmish-style games. It seems that the fewer models are placed on the table and the larger the scale, the more and more complex terrain is needed. Some 6mm or 10-20mm games will only need a little to represent a handful of large buildings or a series of rolling hills. However, once you hit 28-32mm games you’ll see detailed forests, jungles, outposts, city streets… you name it.

When building a table, the player has to balance the competing aspects of what’s available, what’s playable, what the rules require and what looks good. Not everyone has a beautiful set of terrain, and not all terrain pieces are useful to put miniatures in or on. There is also a massive amount of interpretation available in the rules requirement- for Warzone’s 45% criteria, one could conceivably just cover half the board in low swamps and decide that they’re done.

However, for a proper skirmish game, a variety of terrain is needed: LOS-blocking terrain, light terrain, scattered pieces and buildings or ruins that miniatures can enter. Additionally, Warzone: Resurrection has a range of climbing, falling and jumping rules that are just begging for some terrain that minis can ascend into. 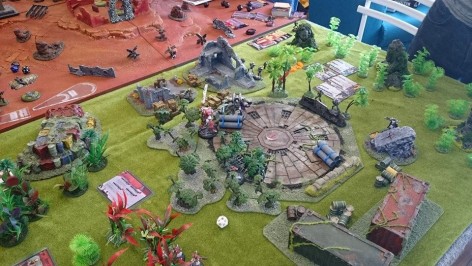 The stage is set, as two metal monsters step into the arena…

There are many ways to set up a table for a skirmish game. Some might choose narrative, where the terrain looks like it tells a story. Some might choose a layout that has identical features on both sides, like a computer game map. Others will just scatter terrain randomly across the table.

This series of articles will show you some of the ways that you can go from throwing terrain down with wild abandon to structuring a table to provide tactical challenges to all players without providing an unbalanced table to fight over. We will look at how to think about placing terrain down on the table and explore three key elements of terrain, namely:

Sometimes you just can’t beat a narrative setup for dead-sexy value. Thanks to Burkhard Ezluchs for the image: http://dhcwargamesblog.wordpress.com/category/sci-fi/warzone-resurrection/

It can be useful to mark out the ‘grid’ of nine possible objective locations. On your mat or board, try placing a marker directly in the centre of the table- this is the one objective that will always be there in any configuration (for missions with objectives). After that, place four more markers in a cross pattern, indicating the objective deployment for battle lines games. Finally, place another four markers in a box so that the quarters deployment positions are covered. You should end up with a set of markers like this: 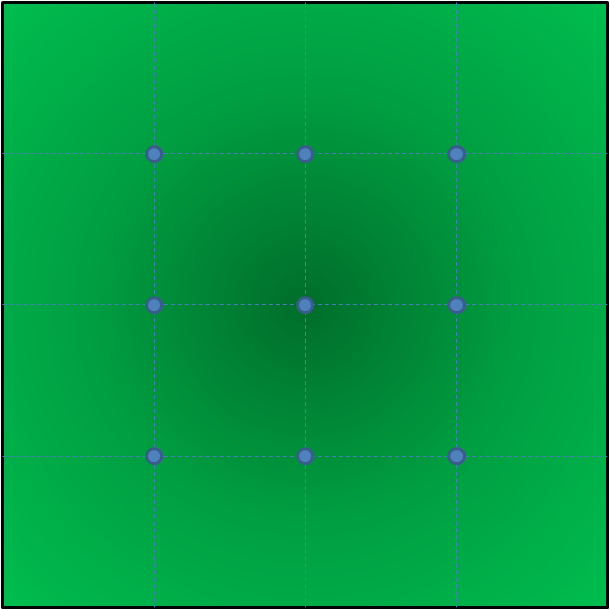 The blue dots are the objective markers.

Note that placing these markers in this pattern will also give you some idea of where the five table zones are (the four quarters and the convergence zone). Just like the objectives, it pays to be aware of the split between these zones in order to ensure you’re not accidentally giving a big advantage to one side.

Now, when identifying where to put parts of your terrain, think about how the elements we are about to cover (pockets, avenues and key terrain) will interact with these objectives. Placing a piece of key terrain at the centre makes for a fierce battle over that part, but it also limits the interaction in other parts of the table. Placing avenues laterally across the board will deter shooting armies and help close combatants. Placing avenues the other way turns the battle into a static shoot-fest. I like to identify one or two key battlegrounds and build a pocket around each of them. This makes the rest of your terrain setup a little easier to develop. 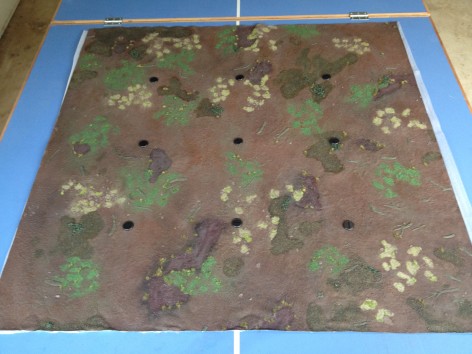 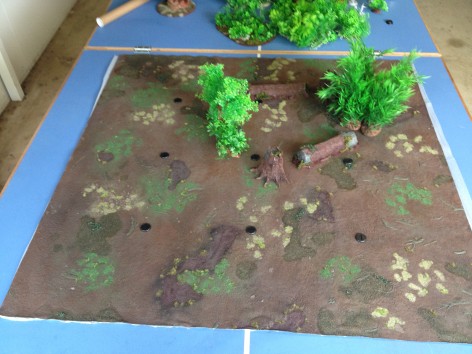 Now we start placing terrain around the markers.

In the next few articles in our series, we will look at the placement of Pockets, Avenues and Key Terrain. We will also look at putting it all together to make an interesting and challenging table for Warzone: Resurrection.

How do you go about placing terrain? Do you have any rules or patterns that work out for you? Let us know below!