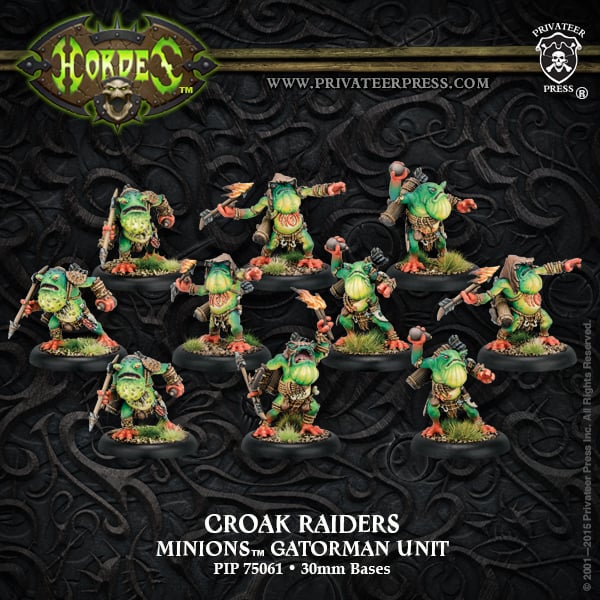 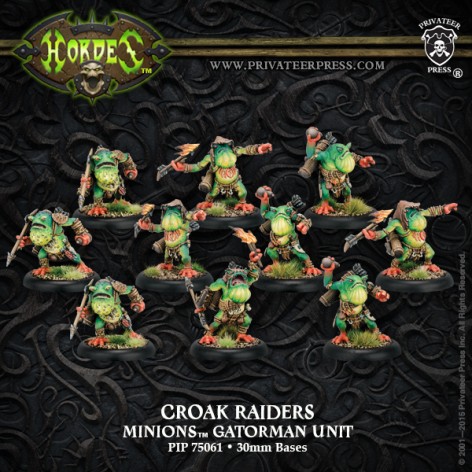 Bad new people. Hordes is going to the frogs.

Sometimes even I can’t resist a terrible pun. Seriously though this is a unit everyone is excited about. They have a great combination of abilities that should make them both competitive and fun. And they work for every Hordes faction.

Stat wise they’re already above average with standout numbers like SPD 6, RAT 6, DEF 13, ARM 14. But that’s not what makes this unit special. They have a whole list of abilities that really put them over the top.

It’s hard to pick a favorite from that list, although plain old Advanced Deployment always satisfies. I also love the fact that they’re immune to Corrosion. I still remember the first time I lost a whole unit to a couple of Bile Thralls. The sting has never left. What are Cryx players going to do now that every Hordes army can field an answer to one of their favorite dirty tricks? 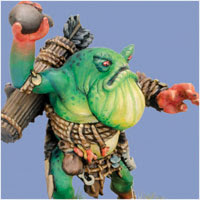 Of course as interesting as all of this is, it still hasn’t brought us to the point of this unit. They have a nice little RNG 10 POW 12 attack that lights it’s target on fire. That’s pretty cool. Fire is always good, and POW 12 is high enough to hurt targets with mid range arm. But these frogs also throw little gourds. These 3″ AOEs don’t do any damage on their own, but a model hit by them takes boosted fire damage. With their Oil Gourds and Flaming Darts working together, these little guys should be able to put pretty decent dents in some of the toughest pieces. This is where the trickiest part of using this unit will happen. A model can’t throw oil and darts in the same activation. Making sure the gourds hit all their targets while leaving enough Croaks to throw the darts that do the actual damage will probably be the toughest part to coordinate for most folks.

While their primary use is at range, they also function pretty well in melee. Their mediocre melee stats are significantly improved by way of the Gang ability. If someone tries to tarpit them by running in to engage them with something like Press Gangers or Satyxis, they may find themselves in trouble. Any models that survive the Croak’s Gang Attacks to hit them back will suffer Corrosion from the Vitriol ability.

I’m always looking for new additions to my gator army, so that’s where my mind went first. Barnabus has obvious synergy with them. There’s his feat, which, barring models with amphibious and/or knockdown immunity, will make it nearly impossible for them to miss for a turn. Additionally his Swamp Pits will allow the frogs to shoot without fear of retaliation from enemy models with ranged attacks. The Croaks in turn feed souls to the Vaults and Corpses to the Bokur. Here’s the list I came up with. I think it could work pretty well in some match ups, but it will be pretty bad against others. If I did end up buying the second Vault, it would be the first Battle Engine I doubled down on. 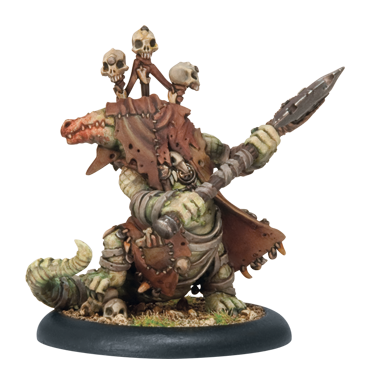 While I’m happy to put them in my Blindwater army, there are other factions that may like them more. As it so often seems to happen with Minion units, Skorne may actually be the army to get the most out of the croaks. In addition to their Task Masters there are also things like the Incindiarii to consider. Then there’s Legion who also have a good amount of Fire attacks, and have a few casters that can put some pretty good upkeeps out there. Even Trollbloods have casters worth trying them out with like the Grims and Gunnbjorn.

~If you like these guys, my advice to you is get your hands on them early. The first print run could easily sell out quickly.