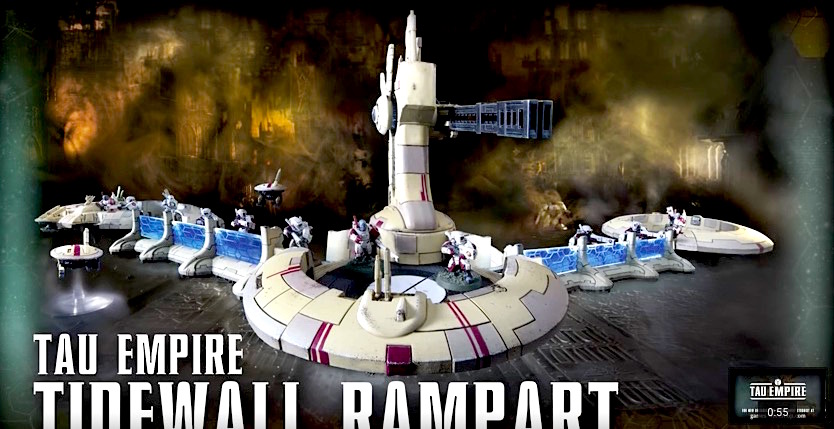 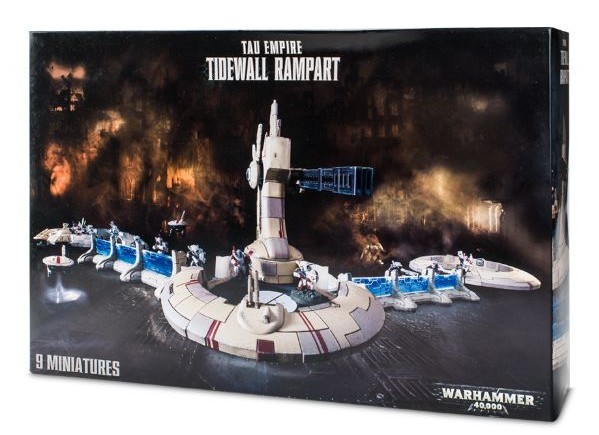 The Tidewall Rampart is a VERY interesting kit.  Here are some tips we think make it even better:

First of all the rules are here:

Some things that stood out to us:

– It looks like the default set according to the rules is:

You can add a maximum of 1 Gunrig, 1 Droneport, any number of Shieldlines 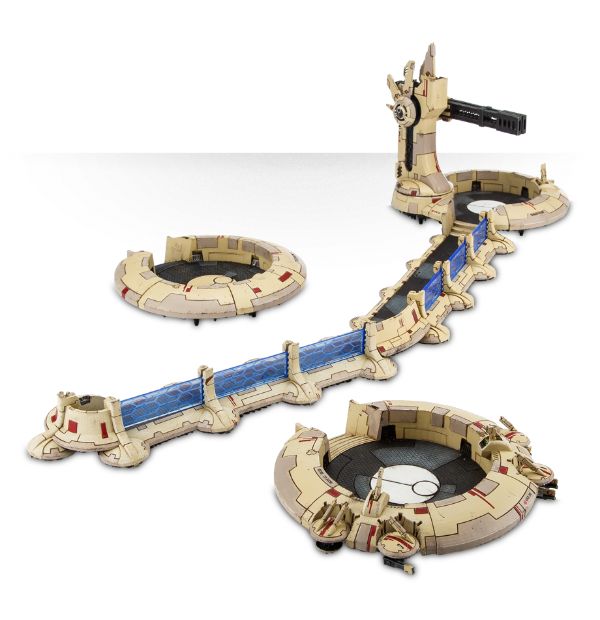 Assembly.  If you look at the models you can see the Gunrigs and Droneports have segments cut out for the Shieldlines to attach, but the rules say they only need to be touching.

This is key as the “default layout” of the Tidewall has serious problems.

If you deploy your tidewall in a linear format it is long and has a clear front and back.  It is open to rear assault or DeepStriking and worse it a large lanky model that can’t take advantage of it’s ability to move on most boards.

Instead what you want is a compact configuration that minimizes tabletop footprint, more easily allows movement and rotation, and presents no “back” and makes deepstriking into the rear difficult.

I present the “Tidewall Pinwheel” 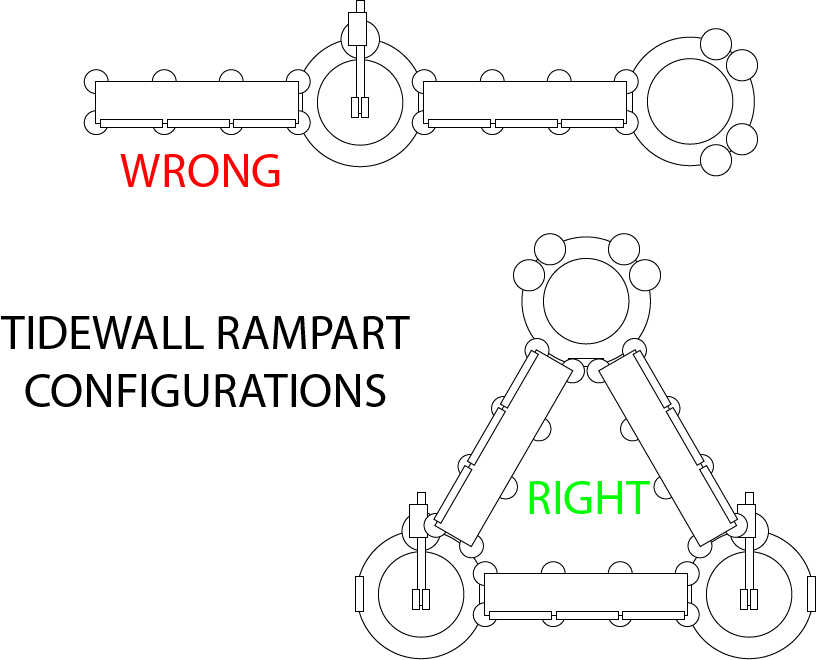 This configuration makes deepstriking a unit inside the pinwheel outside of 1″ from enemy models tricky if you load up the Tidewall with Tau.  You basically eliminate any “rear” and maximize the ability of units on the Tidewall to use the Shieldline defensive ability compared to a linear layout.  It also can be rotated as needed to get occupants (who won’t be moving) where they need to be, and position the dual Gunrigs and Droneport where you want them. It is also about 1/3 narrower than the linear layout and easier to deploy and move on most boards.

You can fill in any of the unattactive “holes” in the circular pieces with the circular endcaps the Shieldlines come with.

~How are you planning on using the Tidewall?