Mont’ka Campaign REVIEW – Inside the Covers 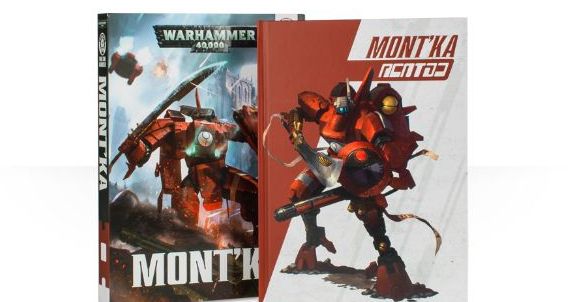 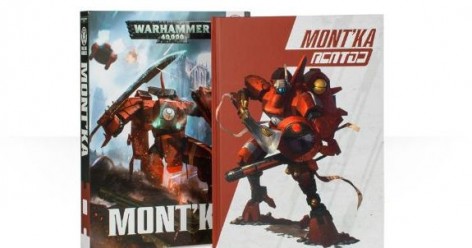 Come see the latest supplement for Games Workshop up close and personal. Monk’ka is here, and the 40k world will never be the same, both in game and in the fluff!

The new Mont’ka supplement is a 200 page two book set, that brings with it new rules for the Tau and Imperial Guard and reprints of the Assassin rules.

Value wise, it seems like a good buy based on the perceived cost of the individual rules sets. Story wise the new fluff is nice, and the 40k story arc is progressing once again! 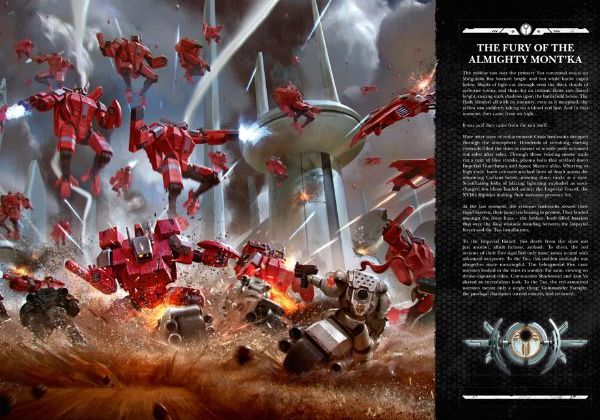 Following a humbling defeat at the hands of Commander Shadowsun, the forces of the Imperium return to the former hive world of Agrellan, now the Tau Empire’s youngest Sept world of Mu’gulath Bay. Countless regiments of Guardsmen are thrown into the meat grinder as the Imperial commanders vow to reclaim the world from the Tau, and even deadlier assets wait in orbit. Yet while the Imperium may believe it is they who will land the decisive strike, they have reckoned without the return of the exiled Commander Farsight – though considered a renegade by his people, he is the master of Mont’ka, the strategy of the killing blow.

Continuing the narrative left off in War Zone Damocles: Kauyon, this is a truly spectacular chapter in the story of the Tau Empire! Included are two hardback books – a 120-page narrative campaign, and an 88-page rulebook in a hardback slipcase.

These books feature a host of content and updates: 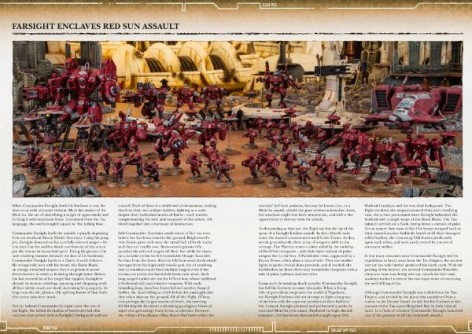 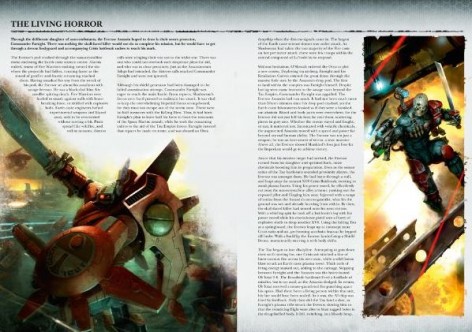 ~This supplement IS an essential purchase for all Tau Empire and Astra Militarum players!

Author: Robert B
Robert is a veteran tabletop and miniatures gamer, and writer with over 20 years of experience. His specialtiesies are the worlds of Game's Workshop's Warhammer. He began writing for BoLS In 2010.
Advertisement
Review T'au Empire
Advertisement 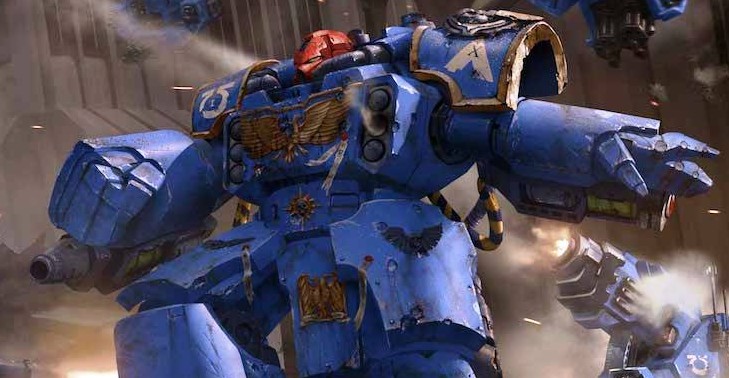