White Dwarf 100: Between the Covers 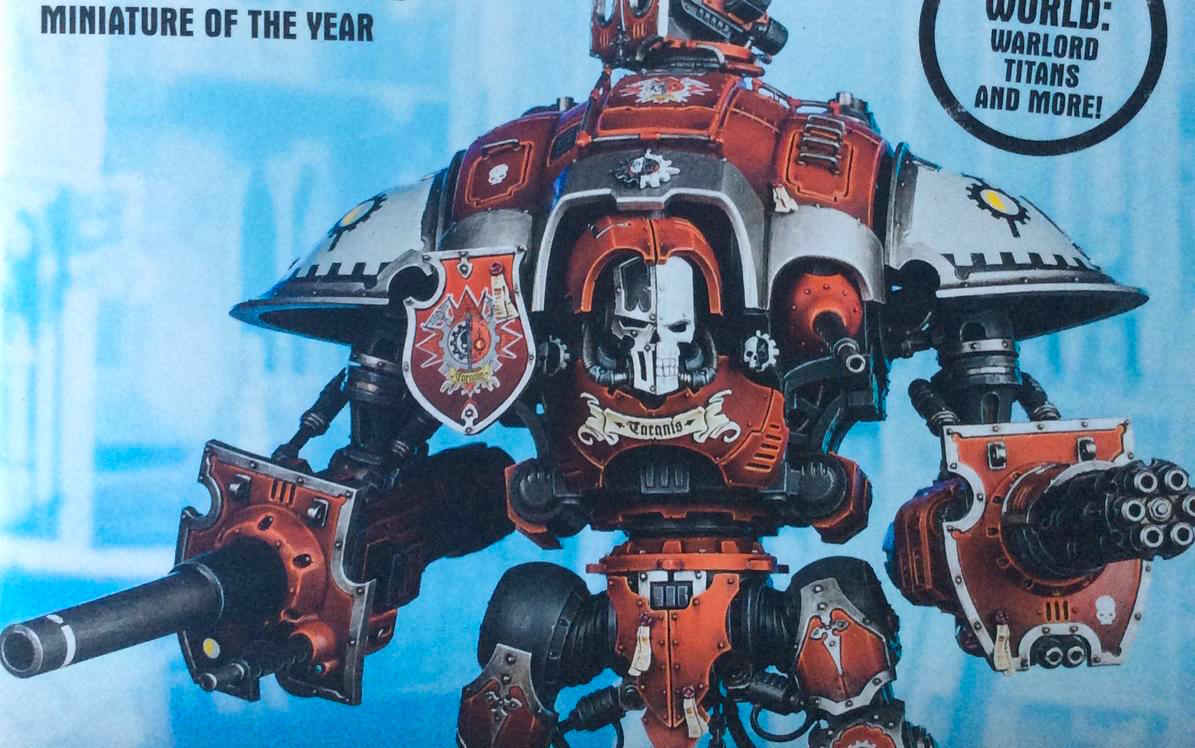 It’s that time of the year again, come see the EPIC recap of the last year of releases from Games Workshop, and vote for you favorite miniatures of 2015!

The year end filler issue is here, but to be honest it’s not too bad. I loved the look back at the year that Games Workshop shook everything up, and the big “tell” from the company via the placement of the Forge World and Black Library segments that broke up the Age of Sigmar section.

Rated 2 out of 5.62 cats for lack of any real hobby content. 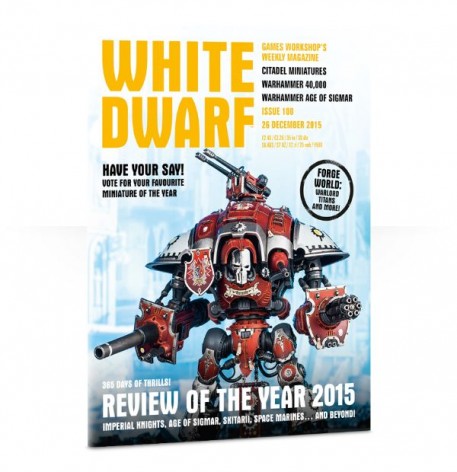 “The time is up for White Dwarf this week as issue 100 brings 2015 to a close. We celebrate in style with our Review of the Year – a month by month look at what has been a year of truly staggering new models, games, books and more. Who’d have thought events as monumental as the End Times would be eclipsed so quickly by an event as staggering as the coming of the Age of Sigmar?” 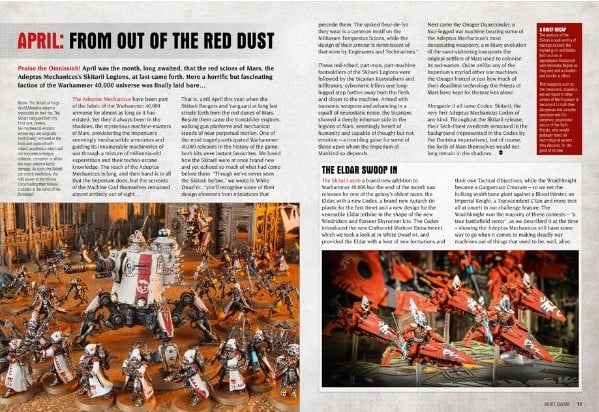 “And who would have thought the year would see not one but two of the 41st Millennium’s most-fabled denizens – the Adeptus Mechanicus of Mars and the Harlequins of the Eldar race – become armies in their own right at last.” 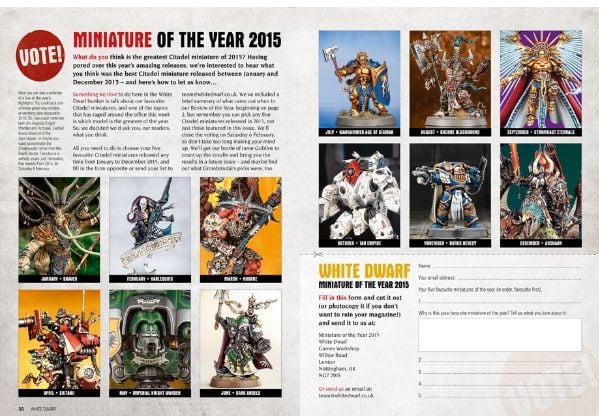 “Join us for this in-depth look back at the year that was, and take your chance to vote for your favourite miniature of the lot. What better way to usher in the New Year?”

Out with the old and in with the new, it looks like Games Workshop is cooking something up for everyone to take advantage of in 2016 for starting a new army!