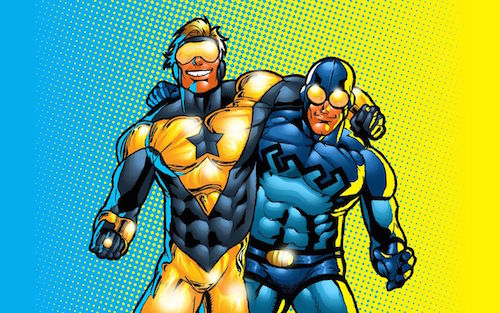 WizKids give you a glimpse of two upcoming best buddies from the World Finest expansion.

Earlier we saw Superman & Batman team up. The two figures we get to check out this time are Booster Gold and Blue Beetle. 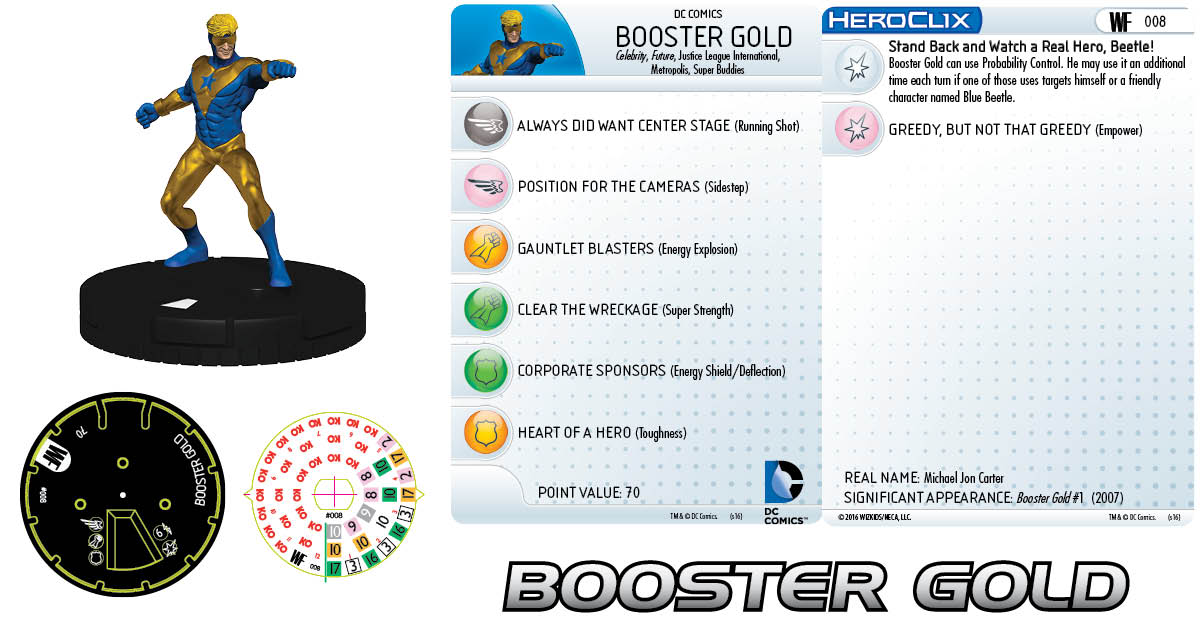 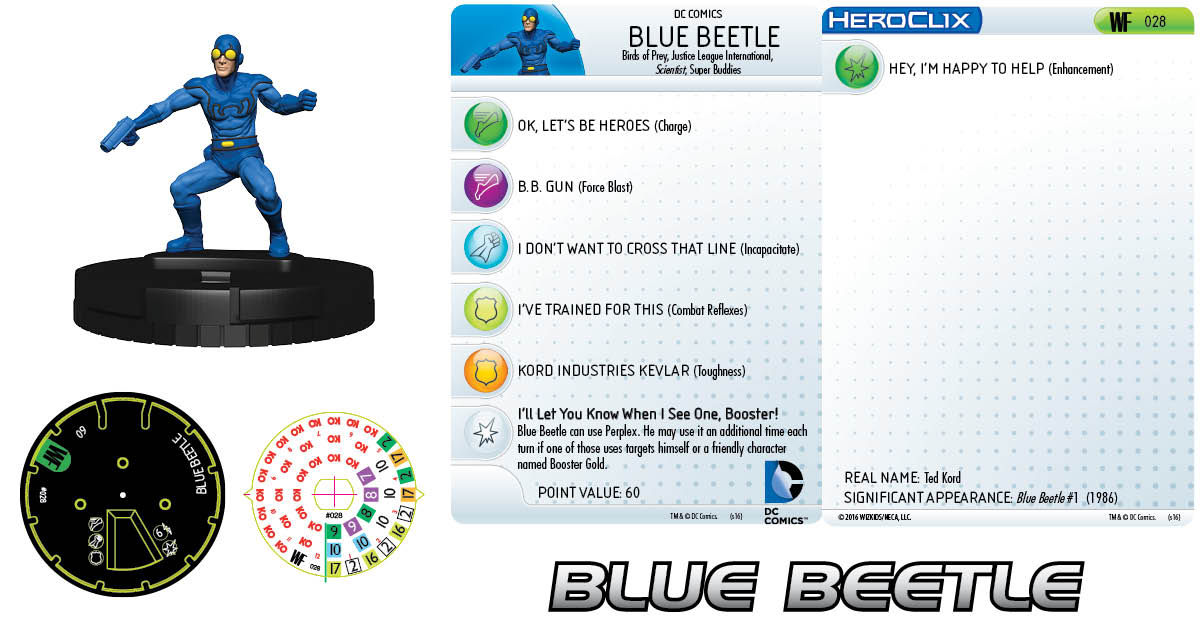 A one-time football player from the future, Booster stole technology and escaped to the past, allowing him to become the center of attention he always wanted to be! At 70-points with a range of 6 squares, Booster Gold is all about putting himself in position to look as good as possible – but he’s also a team player, being able to fit in on Celebrity, Future, Justice League International, Metropolis, and Super Buddies teams. His standard powers include Running Shot, Sidestep, Energy Explosion, Super Strength, Energy Shield/Deflection, Toughness, and Empower. He also has a special power called Stand Back and Watch a Real Hero, Beetle!, which grants Booster the ability to use Probability Control. But that’s not all – it has an extra “boost” that allows him to use it an additional time if one of those uses targets himself or a friendly character named Blue Beetle!

A 60-point piece with a range of 6 squares, Blue Beetle is designed to be a support piece for your Birds of Prey, Justice League International, Scientist, or Super Buddies teams, featuring the standard powers Charge, Force Blast, Incapacitate, Combat Reflexes, Toughness, and Enhancement. He also has a special power called I’ll Let You Know When I See One, Booster!, which grants Blue Beetle the ability to use Perplex. Much like his buddy Booster, however, where this power shines is in the added effect– he can use Perplex an additional time if one of the uses targets himself or a friendly character named Booster Gold!

Together, the Blue & Gold come to 130 points, leaving you with 170 points to play with to fill out your team…“