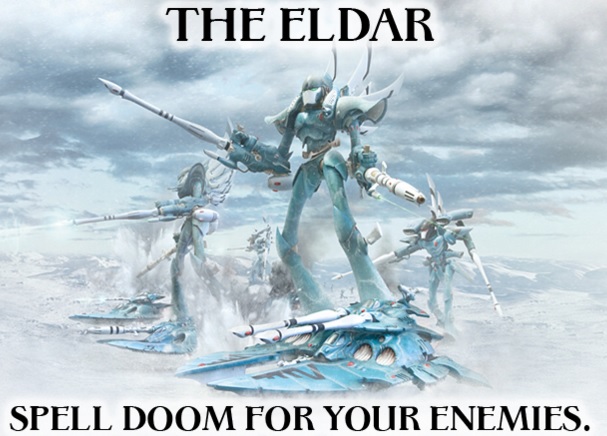 There’s a new psychic sheriff in town and of course it’s the Eldar. Come see the new Eldar Psychic Discipline that’s brutal for a number of reasons.

The Corsair Raider army list contains a character called the Void Dreamer who uses a new Psychic Discipline to navigate not just the paths of the webway, but also the warp itself.  A feat their brethren consider madness, however for the Corsairs they make the perfect navigators. 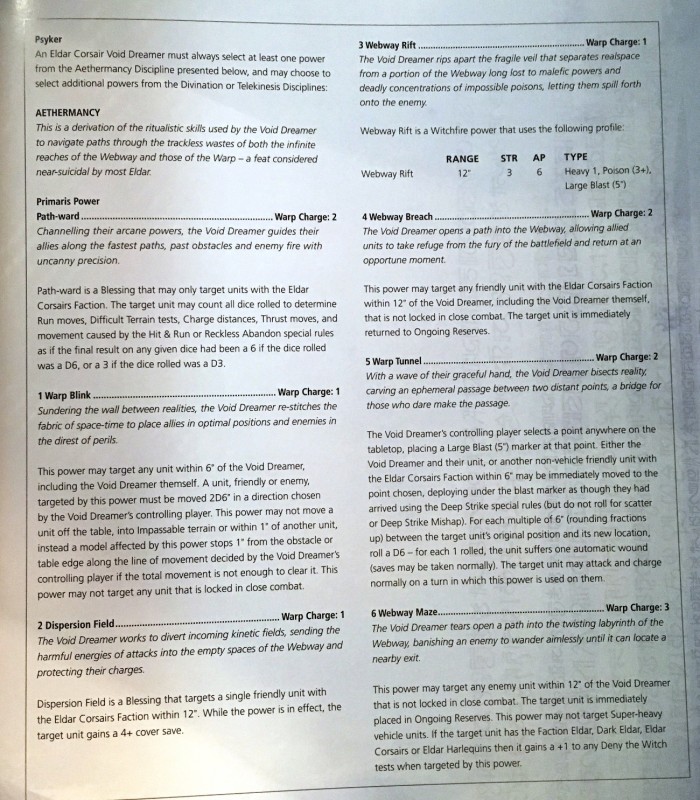 The chart itself is super solid, with most powers being extremely tactical. Easily the most offensive is the #6 power, Webway Maze!

This power lets you target an enemy unit within 12″ that is not locked in close combat and put them into ongoing reserves!  Got a Deathstar problem? Just call the Void Dreamer to buy you some precious time!

The number four power is also very effective when combo-ed with the Multiphase Key Generator that the Corsair Prince can take, allowing you to bounce units around the board between the Psychic and the Shooting phases respectively.

That is of course depending on how you interpret how ongoing reserves (pg. 136 BRB) works with the MKG, between the “may” and “must” wording on each. From what I remember codex books take presence over the main rulebook when it comes to priority, however either way this tactic is still solid even if you have to wait the full turn to bring them back in when they are “eligible” to move on from reserves.

Warp Tunnel may however trump all of these in power level as it let’s you bounce units forward or back via deep strike and assault afterwards. Sure Eldar are not the best at assault on paper, but with this many tricks up their sleeves, I am sure there is something viable to pair with this ability.

But with great power there always comes a great price and the Eldar are no different. Checkout their new Perils of the warp chart that is a little more punishing than most casters are used to. 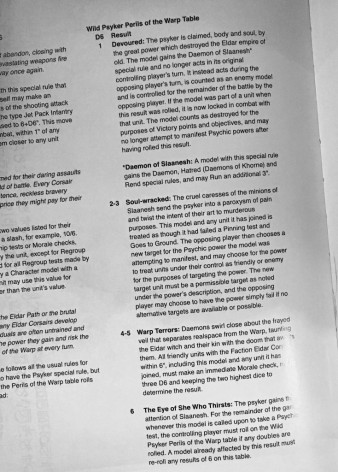 So there’s the lowdown on the new Eldar psychic discipline. How do you expect to see it used on the tabletop?

They came from the Webway!

Author: Robert B
Robert is a veteran tabletop and miniatures gamer, and writer with over 20 years of experience. His specialtiesies are the worlds of Game's Workshop's Warhammer. He began writing for BoLS In 2010.
Advertisement
Eldar Forge World Games Workshop Warhammer 40k
Advertisement