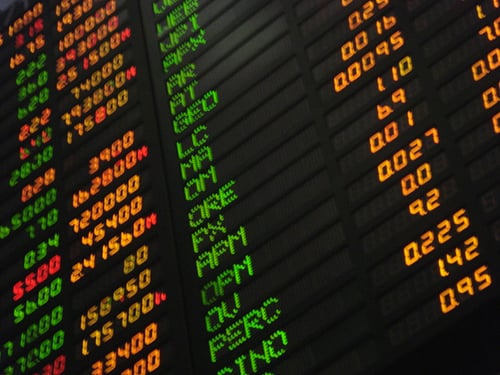 Professional investment writer Richard Beddard is back is some tough love for GW’s latest half year performance report.

When Mr. Beddard opens up a column like this you know there will be fireworks:

“There’s bad news about revenue and profitability in Games Workshop’s half-year report and no adequate explanation. Maybe the company’s in denial.”

He then goes on to pick apart what GW says and DOES NOT say about their recent half-year performance report.

Here are some tasty excerpts from the piece:

“Games Workshop failed to report the one thing I was looking out for in the half-year to November 2015, an increase in revenue, although on a constant currency basis it did rise (by less than 1%). …Profit from the sale of miniatures and games, the company’s core business, fell 15%.

Irritatingly, Games Workshop didn’t provide an explanation, which is surprising since, in its previous full-year results, it had promised a sales drive.

Delving into the segmental results in note 2, which are admirably thorough, it’s easy to pick out a culprit from the line-up. Games Workshop’s trade channel made an operating profit of £5.8m and its mail order channel made a profit of £6.2m, but its retail channel made a loss of £2.5m, more than double the loss it made for the same period the previous year.

…But maybe the company can’t recruit managers of sufficient calibre because running a one-man store is too much work for one man. Maybe one man cannot show people how to model, run games, and serve paying customers at the same time. Trials of larger multi-man stores in Sydney, Munich, Paris and Copenhagen suggest, at least for locations where there are lots of customers, one man stores are not the answer.

I also worry that despite the unsubstantiated claim that Games Workshop has launched some “great new products”, the company’s new version of Warhammer, Warhammer Age of Sigmar, is not doing as well as hoped.

…Perhaps by focusing too much on maximising profit through cost cutting, the company is neglecting the recruitment of new hobbyists. Or perhaps the much smaller armies of rival fantasy wargaming and modelling companies and the armies of illegal clones sold on the Internet are chipping away at Games Workshop’s franchise. In a more competitive world profitable stores in less popular locations may be oxymoronic.”

You may remember when we covered Mr. Beddard’s previous thoughts on Game’s Workshops performance here:

“Richard is companies editor of Interactive Investor and a columnist at Money Observer magazine. A keen private investor through his Self Invested Personal Pension, he manages two virtual portfolios. TheShare Sleuth portfolio is a hand-picked collection of mostly small-cap value shares, while the Nifty Thrifty is a mechanical portfolio designed to pick large, successful companies at cheap prices.”

So the big points are that GW is breezing past major systemic problems coming from their sick retail store chain. Age of Sigmar is also called out as a possible issue as GW only describes their latest 6 months of releases as “great new products”, but ignores the slumping year per year sales for them.

~ Wade on in here folks. How on target do you think Mr. Beddard is?