Unboxing The Walking Dead: All Out War Starter Set 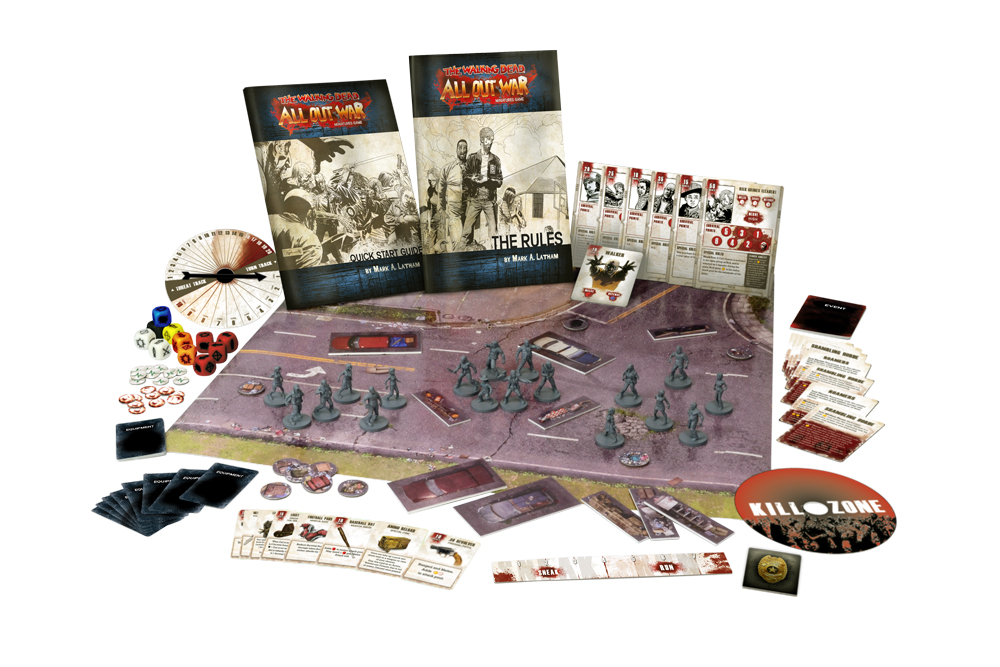 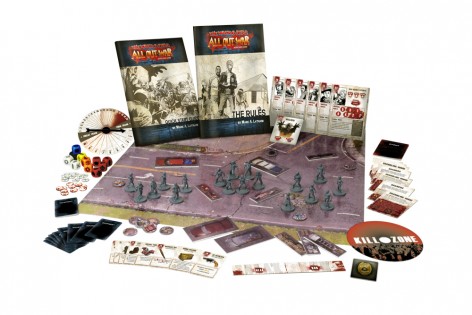 The All out War Kickstarter is live – take a look at the game contents, including some awesome miniatures!

The Walking Dead: All Out War will be available at retail in late 2016 for £34.99/$49.99. It is live on Kickstarter throughout February and you can find out more about the Kickstarter here.

The Walking Dead: All Out War starter set is unsurprisingly for new people to get into the game. It contains everything you need to play, including a rulebook and a dedicated Getting Started guide with a step-by-step guide for your first game making it easy to begin playing.

There are all the tokens you need – activation counters, health tokens and an initiative counter – and a range ruler for moving your figures and determining range.

And then there are the miniatures! 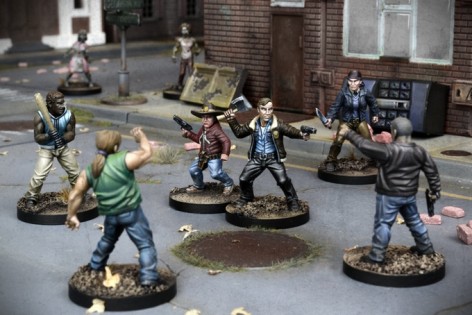 These scavengers are a group of survivors led by Derek, and are constantly on the move. They are featured in the comics as a bunch of ruthless killers. Preferring to live out on the road, they are ready to kill anyone or anything that crosses their path.

Each of these high quality 30mm scale miniatures are supplied in quality grey plastic. They come unpainted so that you can enjoy putting your own touches to them (we’ve had lots of people wanting to paint them in monochrome to match the comics!)

Each of these characters come with their own character cards featuring their abilities, survival points, special rules and stats – all of the information that you’ll need to use them in a game! Along the sides and bottom you’ll also notice the slots for equipment. 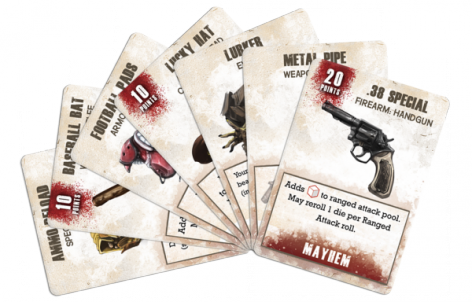 There are 8 pieces of equipment in the game to equip your groups with, from weapons to body armour and medical supplies, and your group scavenges the landscape for supplies they may find additional equipment like bandages that they can store in their pack or new weaponry like lead pipes and better guns. Alternatively you may just uncover a booby trap or a trapped Walker!

The Walking Dead: All Out War Miniatures Game is on Kickstarter right now and the Something to Fear pledge level contains all of this and more! Check it out!