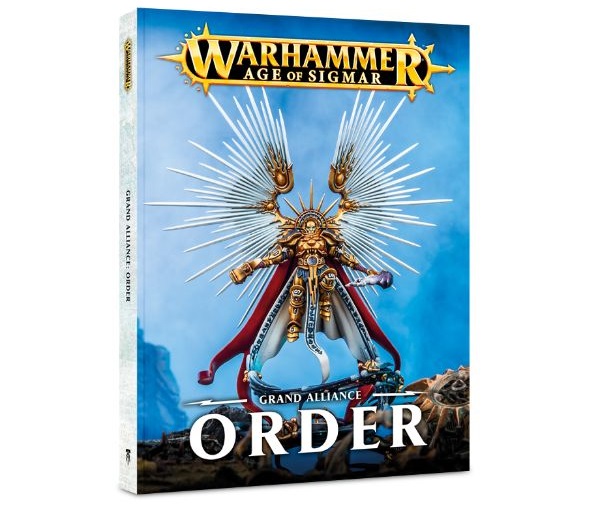 Grand Alliance: Order has been SPOTTED – Come see all the different units in the book!

We knew that the Free Peoples, Duardin, Aelfs and Devoted of Sigmar were going to make up the Forces of Order. Now we have confirmation as to what exactly will be in this 280 page tome! 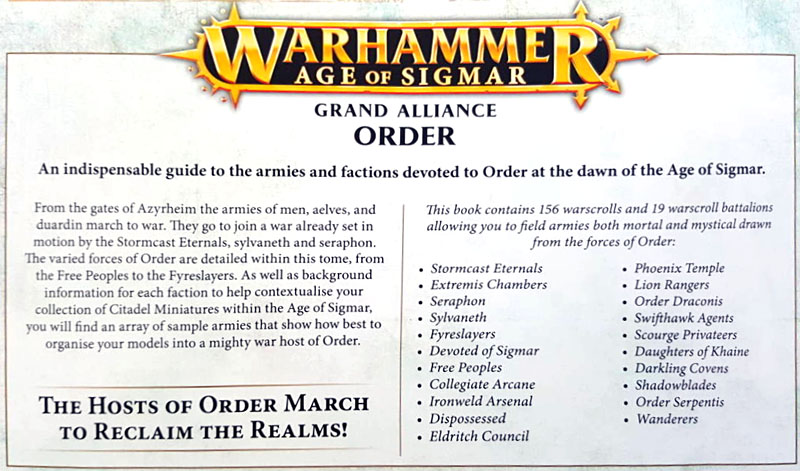 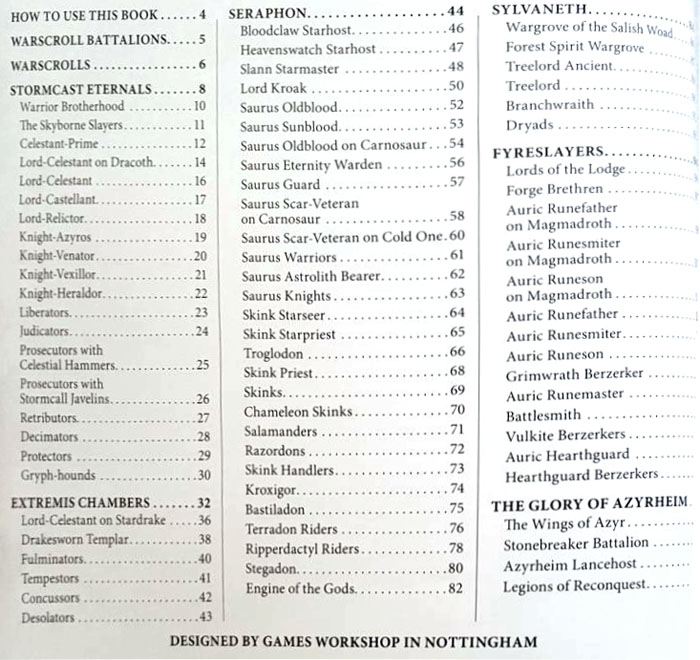 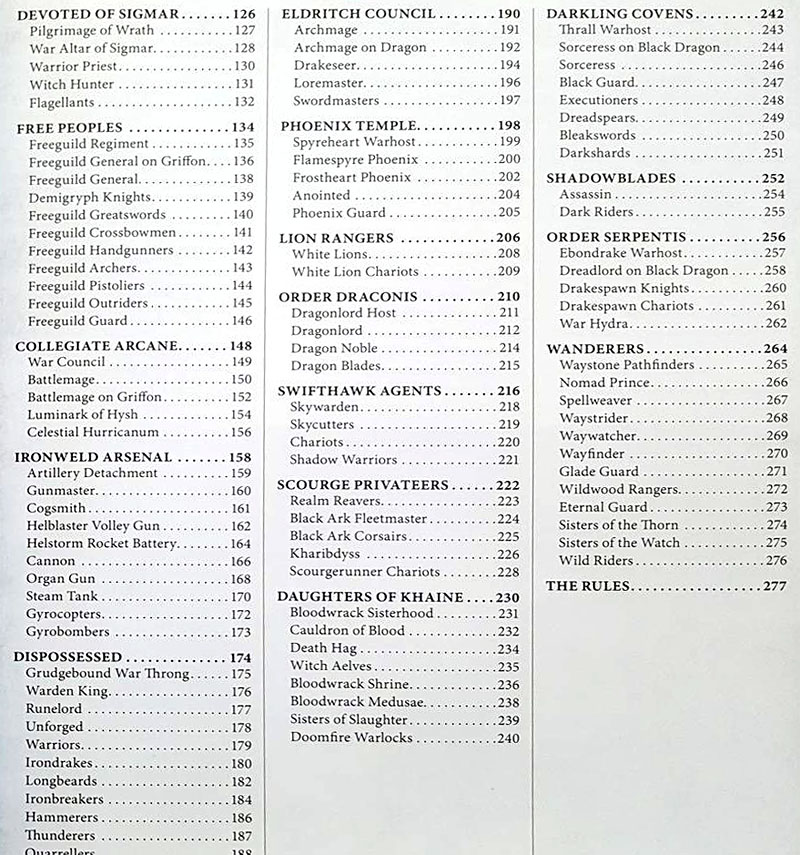 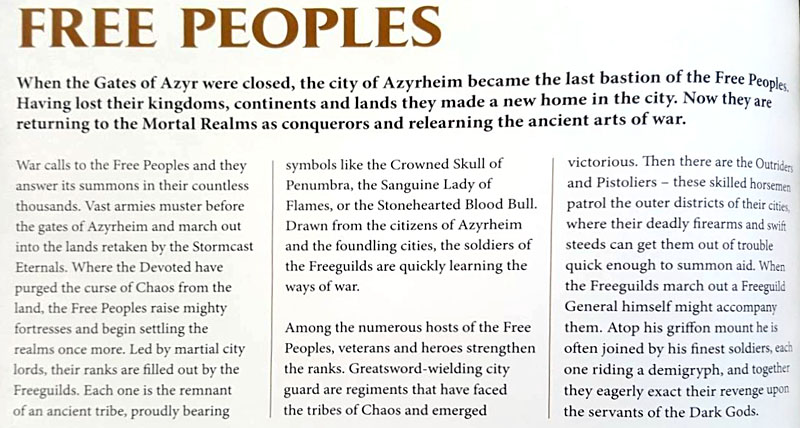 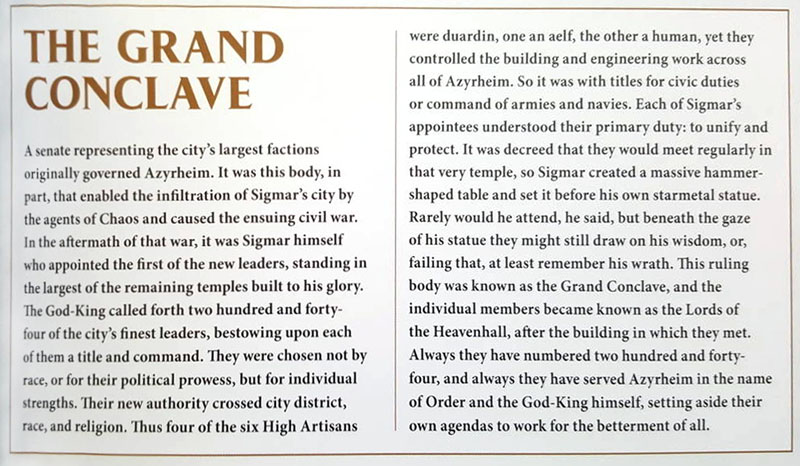 Who would have thought that remnants of the Empire, Dwarfs, Elves (High, Dark & Wood flavors), Lizardmen and Stormcast Eternals would be working in harmony?! What’s next? Human sacrifice, dogs and cats living together… mass hysteria!

Okay… it’s not unexpected if you’ve been keeping up with the Age of Sigmar timeline. This is the Grand Alliance: Order book after all. It’s going to be interesting to see where Games Workshop takes the story next. We now have Grand Alliance books for Chaos, Death and Order – we’re still waiting on Grand Alliance: Destruction.

There is a ton of stuff coming in this book for anyone who plays any of these Order Factions. Its a great reference book to have handy for any players of the Age of Sigmar.