30K: Word Bearers Gal Vorbak – The Evil that Is 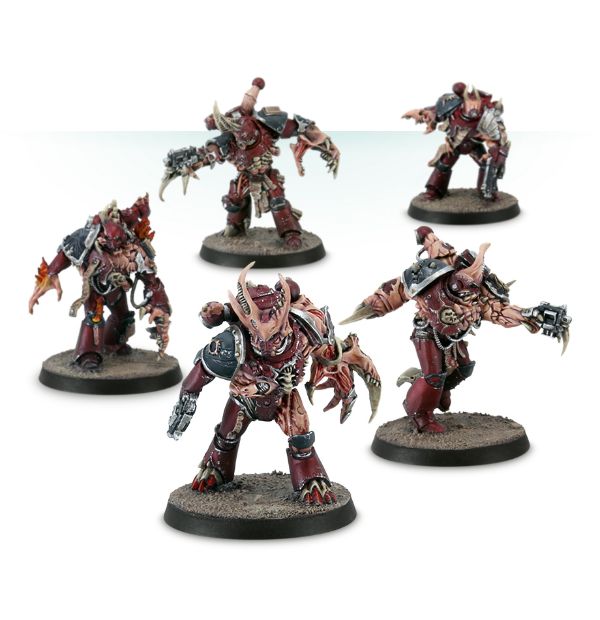 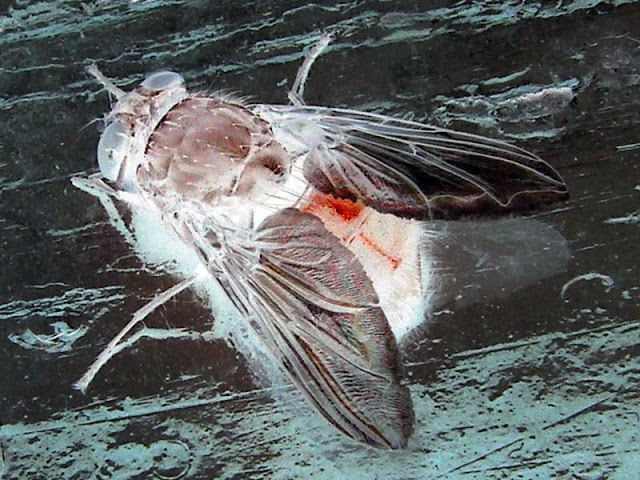 Black Blow Fly is here to talk about the BEST way to play Chaos Marines: 30K!

You probably know I’m working on a new Templar army but I am also in the process of collecting the models to build a Word Bearers army too – both from the Horus Heresy. GW just can’t seem to get Chaos Space Marines right for whatever reason… My pet conspiracy theory is Jervis Johnson and Phil Kelly don’t like them. At one time Jervis stated in an interview that individual codices would be released for each of the cults, namely Death Guard, Emperor’s Children, Thousand Sons and World Eaters… But alas it never came to be which is quite unfortunate as there’s lots and lots of players who love these armies. I abhor the renegade theme the CSM codex has devolved too and that’s just from a background (aka fluff) point of view. We all know the many problems with the codex in general along with the abysmal supplements so I won’t go there today. Let’s focus on being positive because if you’re receptive to the Horus Heresy or sometime better known as 30k there’s lots of things to be happy about if you play a Legion.

We were renegades before it was cool

Alan Bligh is the chief developer for 30k and this man has an innate ability to write balanced absolutely fantastic rules for the legions that are rich in background. I’d go so far to say if you like to play Space Marines or Chaos Space Marines then why waste your time playing 40k and deal with the cheese that is Eldar and Tau? I remember back in the days of third and fourth edition… You mostly saw Space Marines and CSM – the world of 40k was at a plateau that has long since been eclipsed. I’m sad to say and I’m sure many of you feel the same: 30k brings back the old aura plus more. 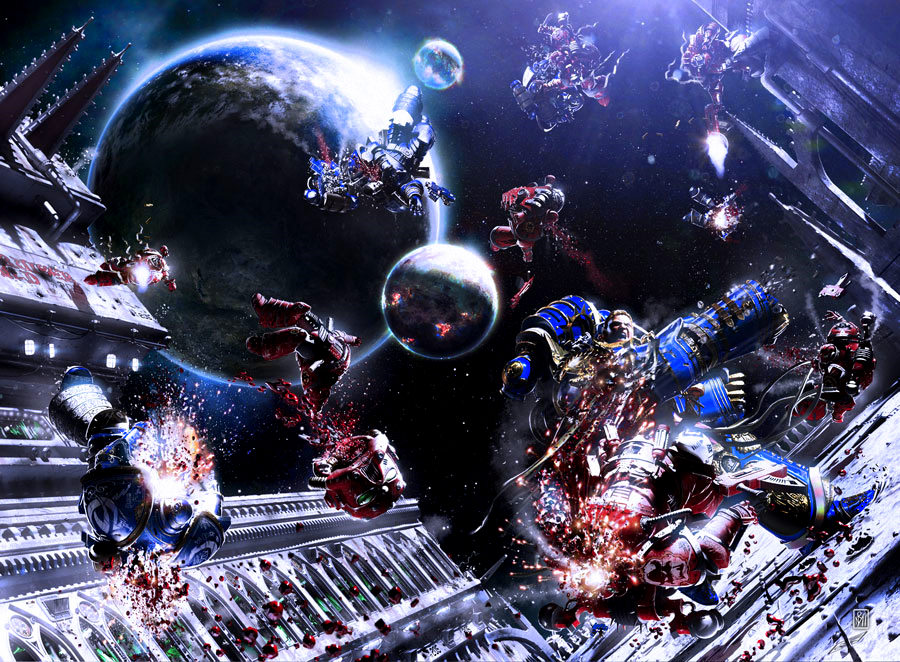 All Marines, All the time!

One of the best attributes of 30k is that the game is built upon a foundation of a balanced system and every legion is competitive! That’s right there are no bad or suboptimal armies like Blood Angels and Dark Eldar. Another great thing about 30k is these armies can be integrated into 40k but of course you’ll have to deal with Eldar and Tau if you do so. I have pretty much lost my desire to put lots of effort into building new 40k armies knowing how much more fun I’m having playing 30k now. I still have an army to play in 40k tournaments but that’s the only time I touch them now.

So let’s talk a little about Word Bearers and what makes them so awesome in the world of 30k… Like I said they are everything CSM should be plus more. First I’d like to touch on Gal Vorbak – they are the Possessed of 30k. Here are their stats and rules for a ten man squad:

Legiones Astartes: Units with this special rules may always attempt to regroup regardless of casualties.

Sure they aren’t cheap but just take a look at all that awesome!!! Two wounds apiece and their sergeant has three wounds. They are I5 and have grenades so they’ll be punching first versus most enemy units and typically hitting on 3+ in melee. The sergeant is basically an HQ in and of itself. They are all S5, T5, 3+/5++ – wow wow wow!!! Plus they all come equipped with bolter, bolt pistol and chainsword – good old uber grit for the +1 attack. On top of all this wonderful awesome they are rending too… I can’t say ‘wow’ enough.

Like I said this is what the Possessed should be. Their only drawback is they are not a scoring unit which isn’t a big deal since you’ve got access to other units to fulfill that role. Note they can deep strike as well which is in my opinion the best way to deploy them so as to get them right where you need them.

If you’d like to add some spice then take a Centurion upgraded to a Diabolist (Consul) as an HQ. The Diabolist is Daemon as well plus has Preferred Enemy Loyalist Space Marine… Evil!!! Equip him with a jump pack and attach him to a squad of Gal Vorbak so they can deep strike together… They will mess things up real fast. The Diabolist can take an ability referred to as the Burning Lore which makes him a level 1 psyker with access to Biomancy and Telepathy… Can you imagine successfully casting Endurance on the Gal Vorbak? Crazy good! 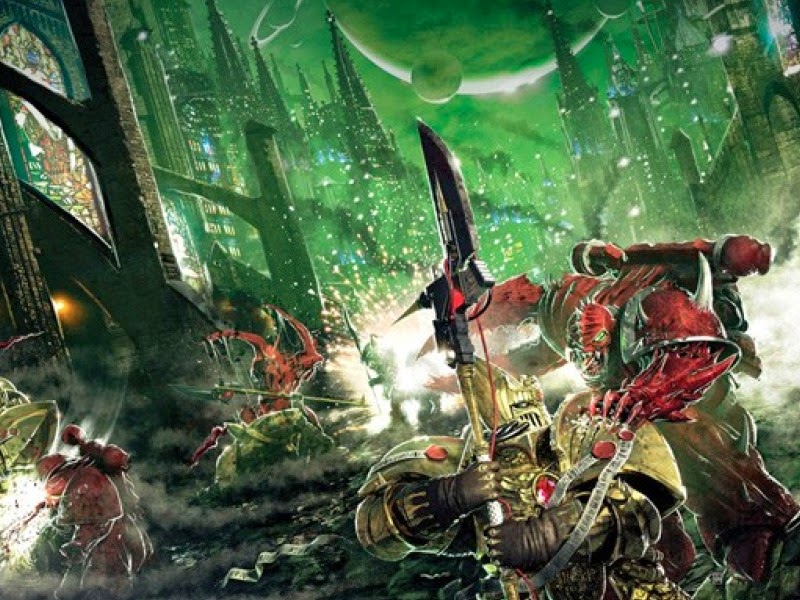 There’s also a rites of war for Gal Vorbak known as The Last of the Serrated Sun. Rites of war allow you to tweak your FOC to add more flavor and specialize it’s fighting style. This rite allows you to take Gal Vorbak as troops and they must take drop pods… This gives you the means to a very effective alpha strike component that can quickly cripple the enemy.

This is my first review of the Word Bearers and there will be more. I think you’ll agree if you like to play CSM this is an army you’d enjoy playing.