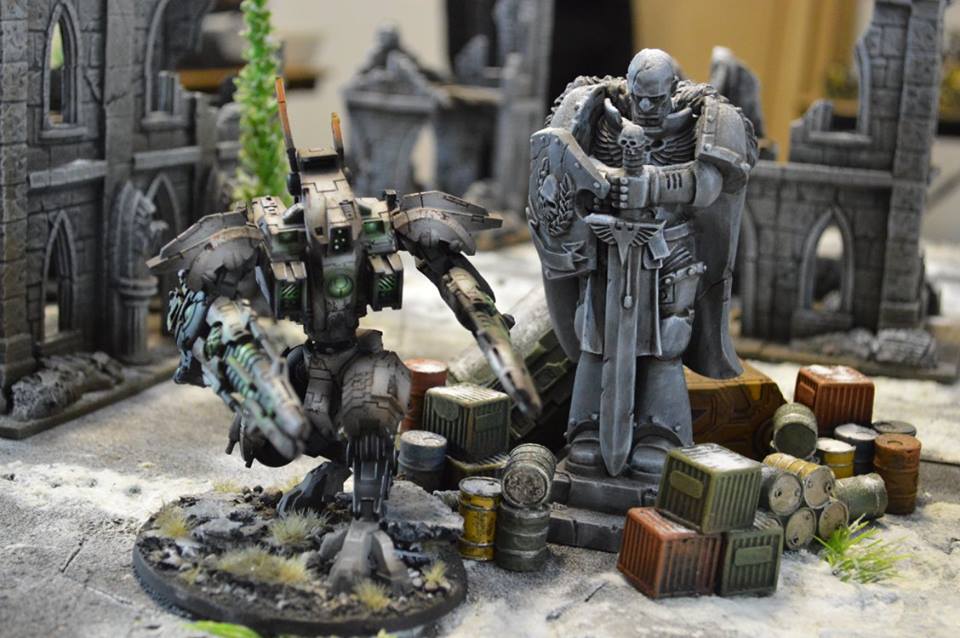 The lumbering XV107 knelt down, a pneumatic hiss revealing the Shas’vre under its armoured carapace. Climbing on to his battlesuit’s shoulder, Vral surveyed the scene before him. An expanse of ruined Imperium buildings met his gaze. The burnt out husks of Craxis were once part of a bustling neo-gothic Administratum complex long ago visited by an unknown end. The Fire Warrior’s mission was simple: protect the Gue’la cargo container in the ruins of the centre plaza until relieved by a Strike Team and support .The honour of being Monat came with a great responsibility, Freedom Of One was not granted lightly by the Shas’O.

The XV107 R’Varna Battlesuit is a rare and formidable example of Tau technology and ingenuity. The R’varna could at a moment’s notice deploy its fearsome long range firepower on any given target. Perfect to bring the mission at hand to a triumphant conclusion. Vral was conscious of the great trust placed in him by his commander, the distinction of piloting this wonder of Earth Caste engineering was not lost of him, or on his peers.

On the other side of the ghost-city, raiders assembled. Eldar Corsairs of the Void Dragon fleet had been tracking the Imperial cargo containers for weeks and had now made planetfall on Craxis, determined to recover the hastily dropped Imperial merchant consignment. The Corsair jetbike scout squadron sped ahead at the behest of Prince Authul, weaving through the wrecked buildings, fast approaching their coveted prize.

So here we have it, (drum roll) battle report number 50! Wow, it feels like only a short time ago when we started making battle reports with no real idea to how successful we were to become. We would like to thank you all for your awesome support and feedback, it has really helped us evolve and we plan to release many more battle reports in the years to come. And on that note, let’s get this show on the road!

What an amazing board to celebrate our 50th report on! The ruins, smaller crates and barrels were made by Escenorama and they look fantastic! Nick will be using our studio Tau army to fight against Julian’s recently painted Eldar Corsairs. This should be an interesting fight!

The attention to detail by Escenorama is great and really assists in making our battles that extra bit immersive. We highly recommend you check them out!

Honestly what a gorgeous model! Anyway, in this battle report the R’varna was allowed to infiltrate next to the supply drop (main objective) to follow our back-story.

Night fighting was rolled for first turn. Julian deploys his army keeping his forces out of line of sight in case Nick steals the initiative. The flyers and two Reaver units were held in reserves.

The Corsair Prince and Balestrike unit armed with shuriken cannons wait behind some ruins with their sights firmly set in taking down the R’varna.

Nick then begins his deployment and sets up his gunline. His Tau is a very highly mobile list so it will be interesting to see how it fares against the Corsairs insane mobility.

The Ghostkeels deploy along each flank ready to advance and hold the open ground with their 2+ cover saves. Note, Nick did notice and remember to place the stealth drones behind the Ghostkeel.

The Pathfinders find the tallest building, giving them the vantage point they need when using their marker lights.While the Stealth suits, XV9 Hazard and Barracuda were kept back in reserves.

The coast looks clear, but the Tau know all too well that there is an eldar presence in the vicinity. The Fire Warriors look to get themselves in cover while the Ghostkeel and Commander are set to advance and fish out the Corsairs.

Nick attempts to seize the initiative but fails so it’s on to turn 1!

Turn 1: Eldar Corsairs The Corsairs advance, peering out of cover where there is an opportunity to shoot, while ready to jump right back into cover after.

Turn 1: Eldar Corsairs The Cloud Dancer jetbikes come out of hiding to assist in trying to take out the R’varna.

Turn 1: Eldar Corsairs Julian starts his shooting phase by unleashing the warp hunter’s d-flail. He rolled and managed to get the maximum amount of barrage blasts, being 8 in total! Crazy stuff! But it all depends if the first blast hits. He rolls for scatter and…

Turn 1: Eldar Corsairs … direct hit! The R’varna stood no chance with 8 D hits, even against his 5+ invulnerable. The perfect start for the Corsairs while they also take first blood!

Turn 1: Eldar Corsairs With the main threat dealt with, the Cloud dancers focus their attention on taking out the Tau Commander with a hail of scatter laser shots before he decides to take flight. Some decent amount of hits, but was only able to remove the marker drones leaving just the Commander exposed.

Turn 1: Eldar Corsairs Now that the Tau Commander was left without his drones, the Corsair Balestrikes fire their missiles to try and inflict instant death. Nick opted to jink with his Commander, giving him a 3+ cover due to night fighting. It paid off and the Commander passed all three wounds he was forced to take. Nick was relieved to say the least!

Turn 1: Eldar Corsairs With the shooting phase over, the Corsairs use their jump moves to get themselves out of line of sight and/or into cover where possible. Eldar and their shenanigans!

Turn 1: Tau Empire Nick advances with his army. The Fire Warriors jumping into ruins, while the Ghostkeels, Broadsides and Commander move up closer to try and hold ground around the objective.

Turn 1: Tau Empire The commander also took flight to increase his survivability from any ground units next turn. Although sadly he will only be able to snap fire this turn as he jinked.

Turn 1: Tau Empire Nick starts off his shooting phase with his Broadsides. Due to the Corsair placement, a lot of their units were out of sight. That didn’t stop the Broadsides firing their smart missile systems, which ignore the need for line of sight, at the Cloud Dancer jetbike unit.

Turn 1: Tau Empire Despite only inflicting 5 wounds, Julian could not make of his saves and the unit is wiped out! That’s a considerable amount of firepower he had managed to take out there, so you can imagine that gave the Tau a small sigh of relief.

Turn 1: Tau Empire Again, there were not a lot of targets for the Tau to fire at, so Nick decided to assault move the Ghostkeels up to flush out the hidden Corsairs.

Turn 2: Eldar Corsairs Julian rolls his reserve rolls. Thanks to the Corsair Sky Burners Cotorie, the failed rolls were made successful and both flyers and Reaver units were arriving this turn.

Turn 2: Eldar Corsairs The first Reaver unit, with the two flamers, land within the ruin where the Pathfinders are hiding. This could be devastating as we were playing this game following the first draft Games Workshop FAQ. Meaning that the flamers would be able to hit every model on every floor, and should wipe them out with ease.

Turn 2: Eldar Corsairs The second unit of Reavers, equipped with fusion guns place themselves between a unit of Fire Warriors and the building holding the Pathfinders. It would seem like fairly risky deepstriking, but these Reavers have the Sky Burners trait which means that they only scatter 1D6.

Turn 2: Eldar Corsairs The Phoenix Bomber positions itself so that it has a choice upon which target to go for. It is a proper killing machine with its 6 ignore cover blasts, 2 shuriken cannons and a pulse laser! So it was surely going to cause a world of pain to the Tau.

Turn 2: Eldar Corsairs The Nightwing covers the opposite flank to the Phoenix Bomber, but he has got his eyes firmly on his target… The Tau Commander. The Corsairs knew that this was probably the best chance he had at taking him out before he got his Barracuda support.

Goatboy's 40k: I Facedown the Meta 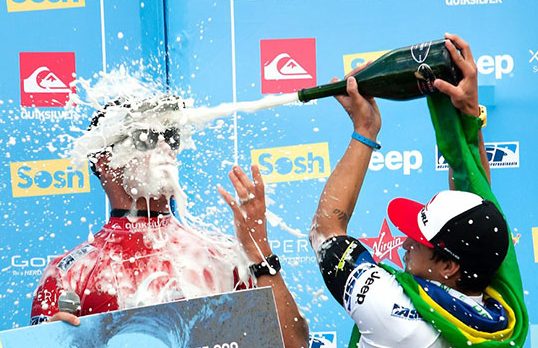