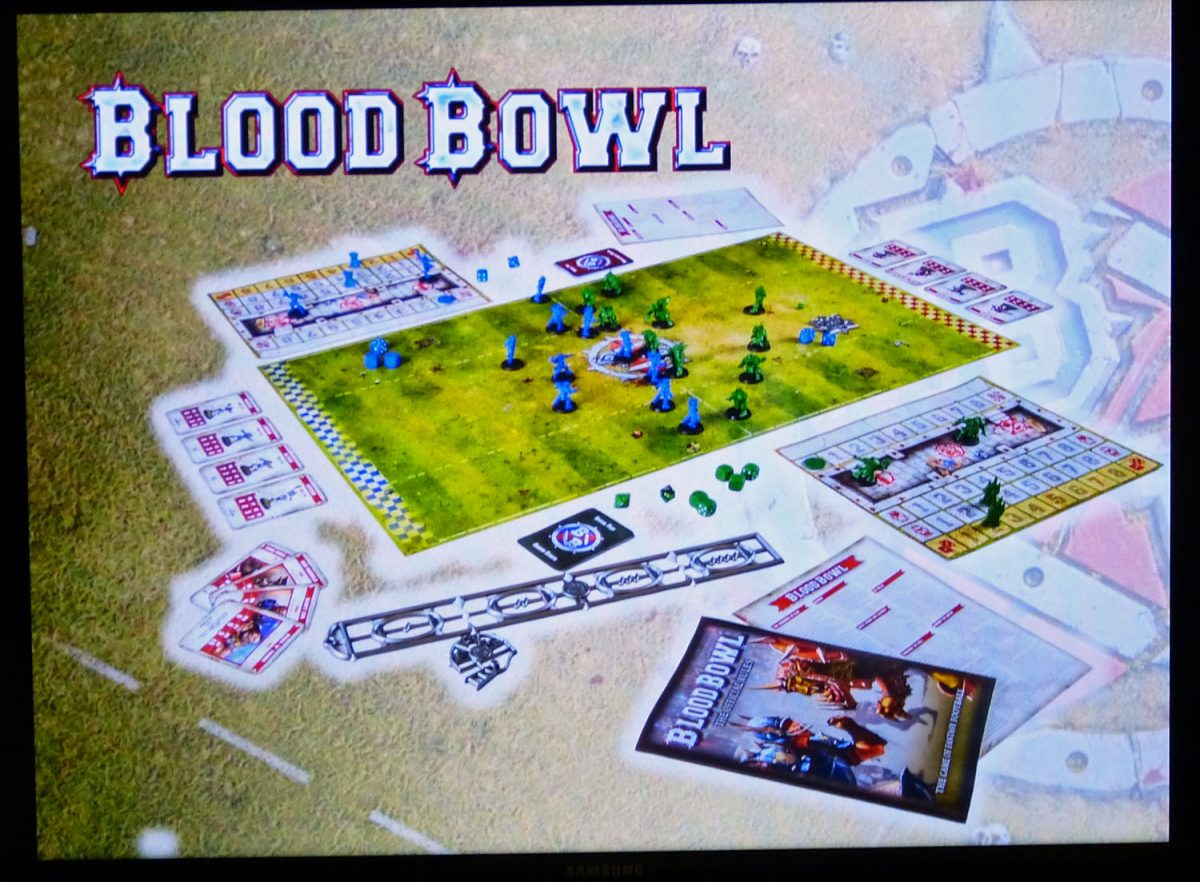 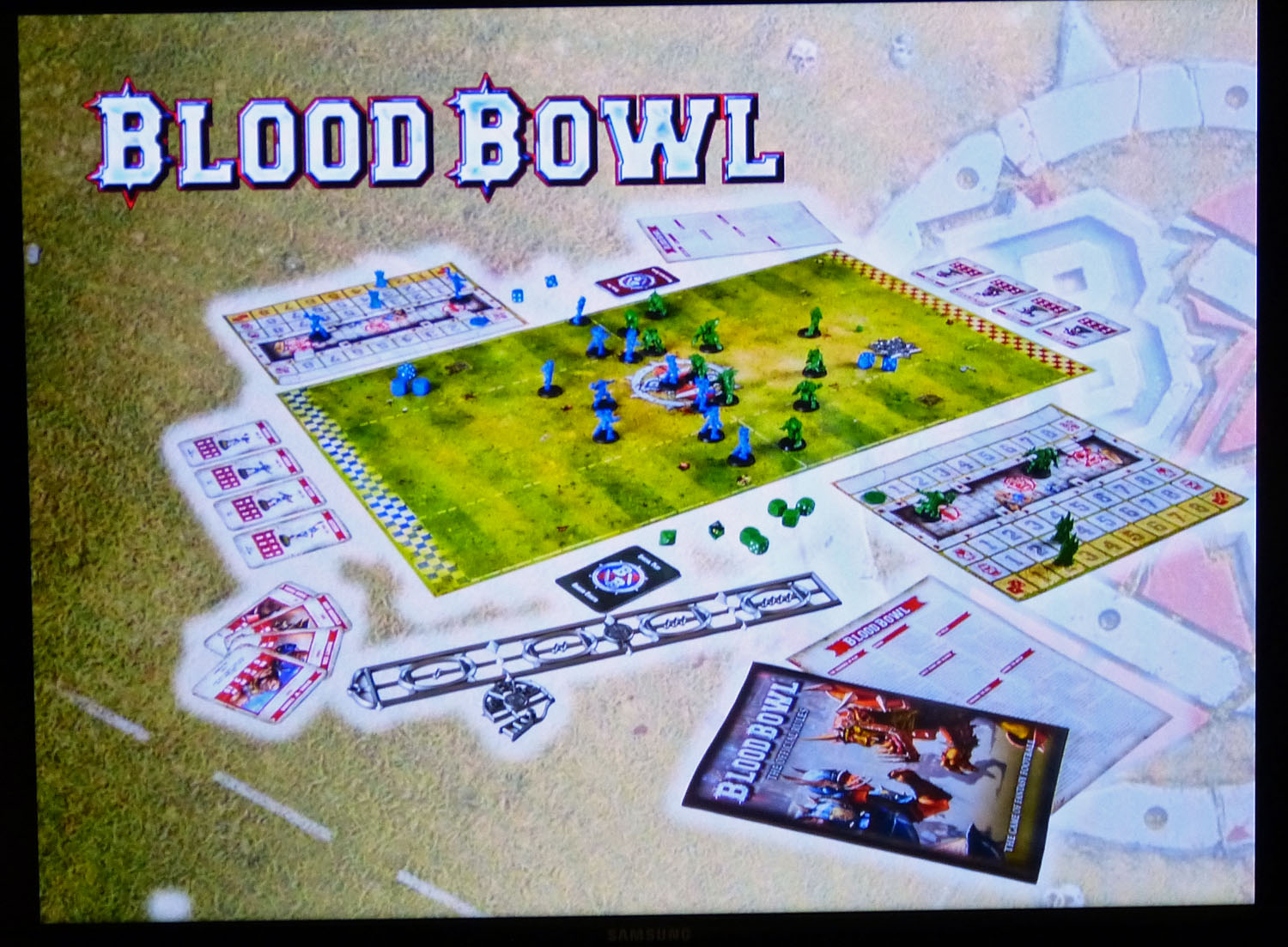 You’ve been waiting for it and Blood Bowl is coming – faster than you think!  Look at all this stuff:

News and info via Recalcitrant Daze (he has more, go look):

The release is hoped to be end of the year.

Box set contains the first two teams, Orcs and Human in plastic.
The pitch is double sided with a Human pitch on one side and an Orc pitch on the other.
The rules have not been changed, they are the rules which has been around for a while now.

In total there will be six teams in plastic (Human, Orc, Skaven, Elf, Nurgle and Dwarf). Other teams will follow in resin. There is also likely to be resin conversion sets.

There will be more pitches which will also be double sided (Dwarf/Skaven & Elf/Nurgle) with more possible later including tournament specific ones.

They are looking at neoprene pitches but as yet they don’t know, it comes down to cost and if they can get them in large enough quantities and other factors but it is something they would like to have.

Several expansions are mapped out including the first one covering seven more teams and league rules.

If all goes well Dungeon Bowl will also see the light of the day.

Images via Recalcitrant Daze (he has WAY more, go look): 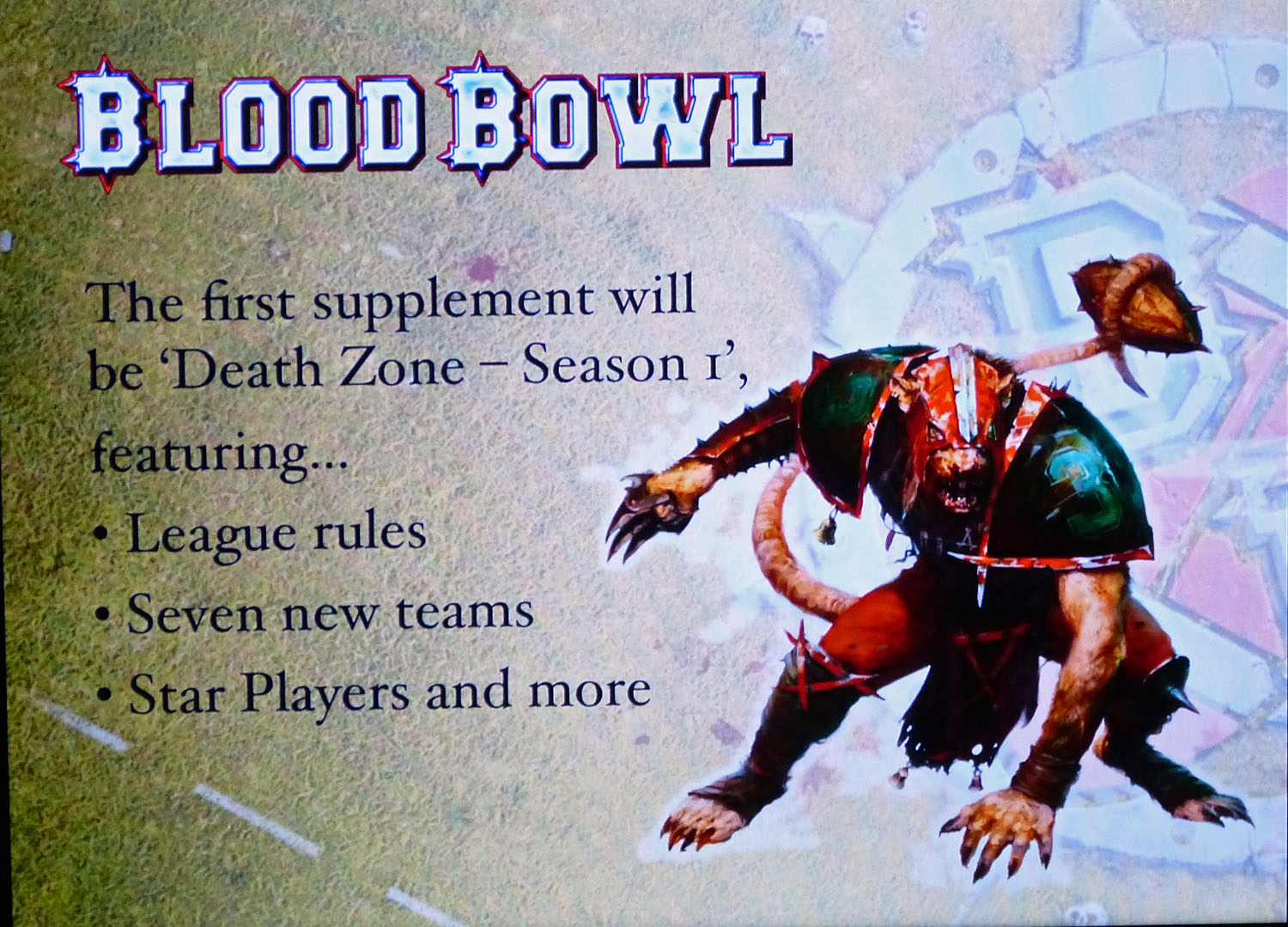 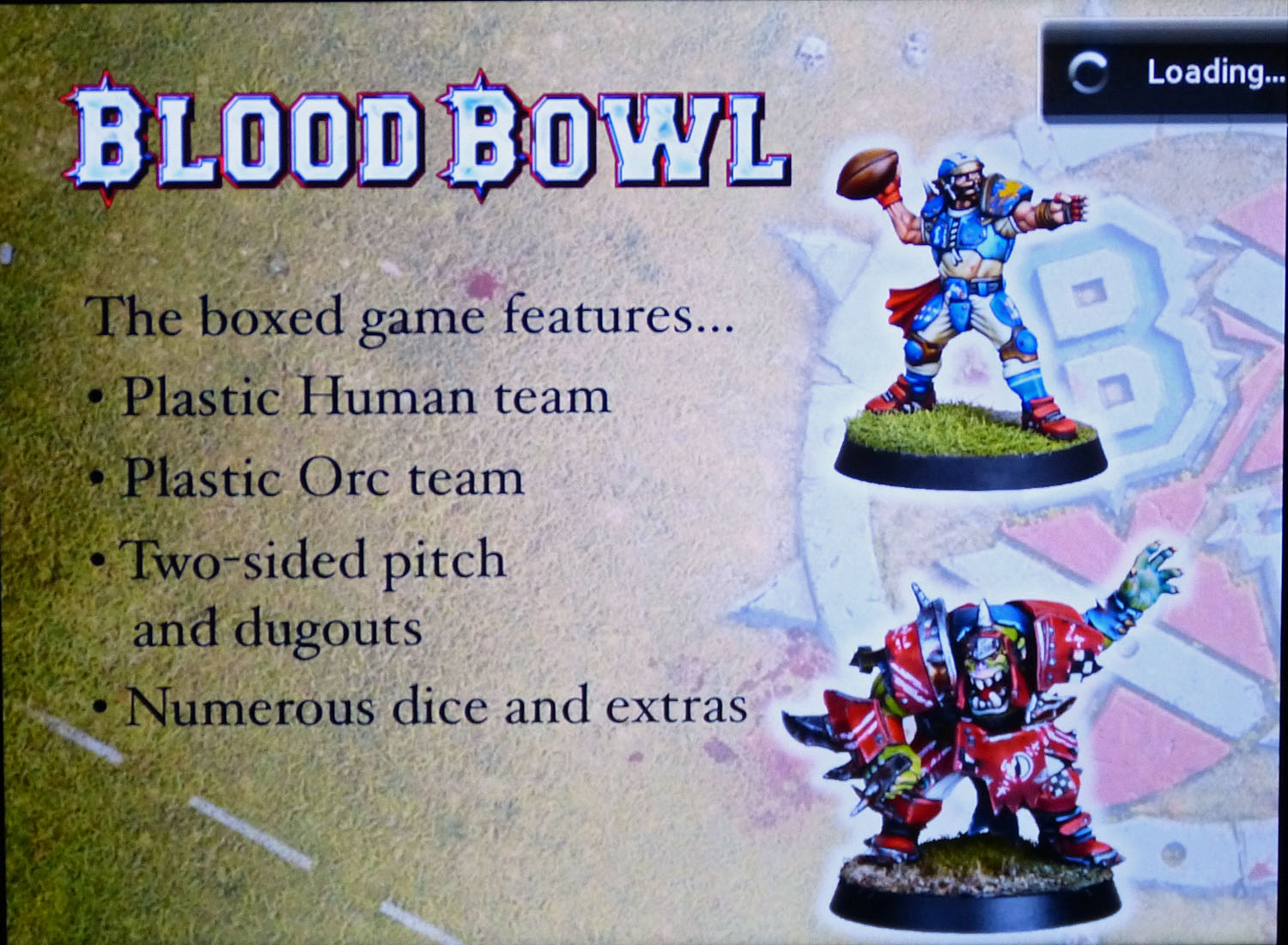 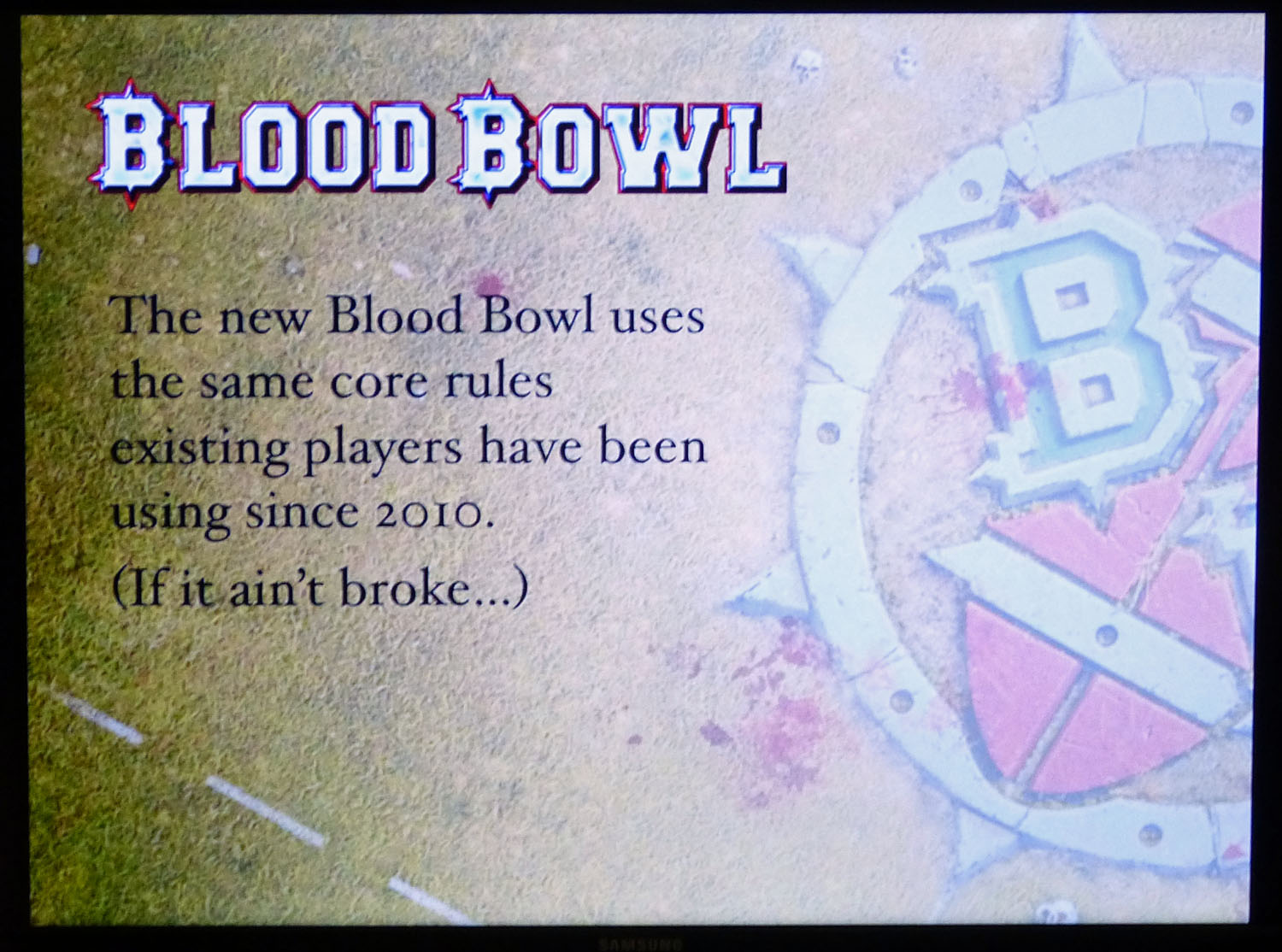 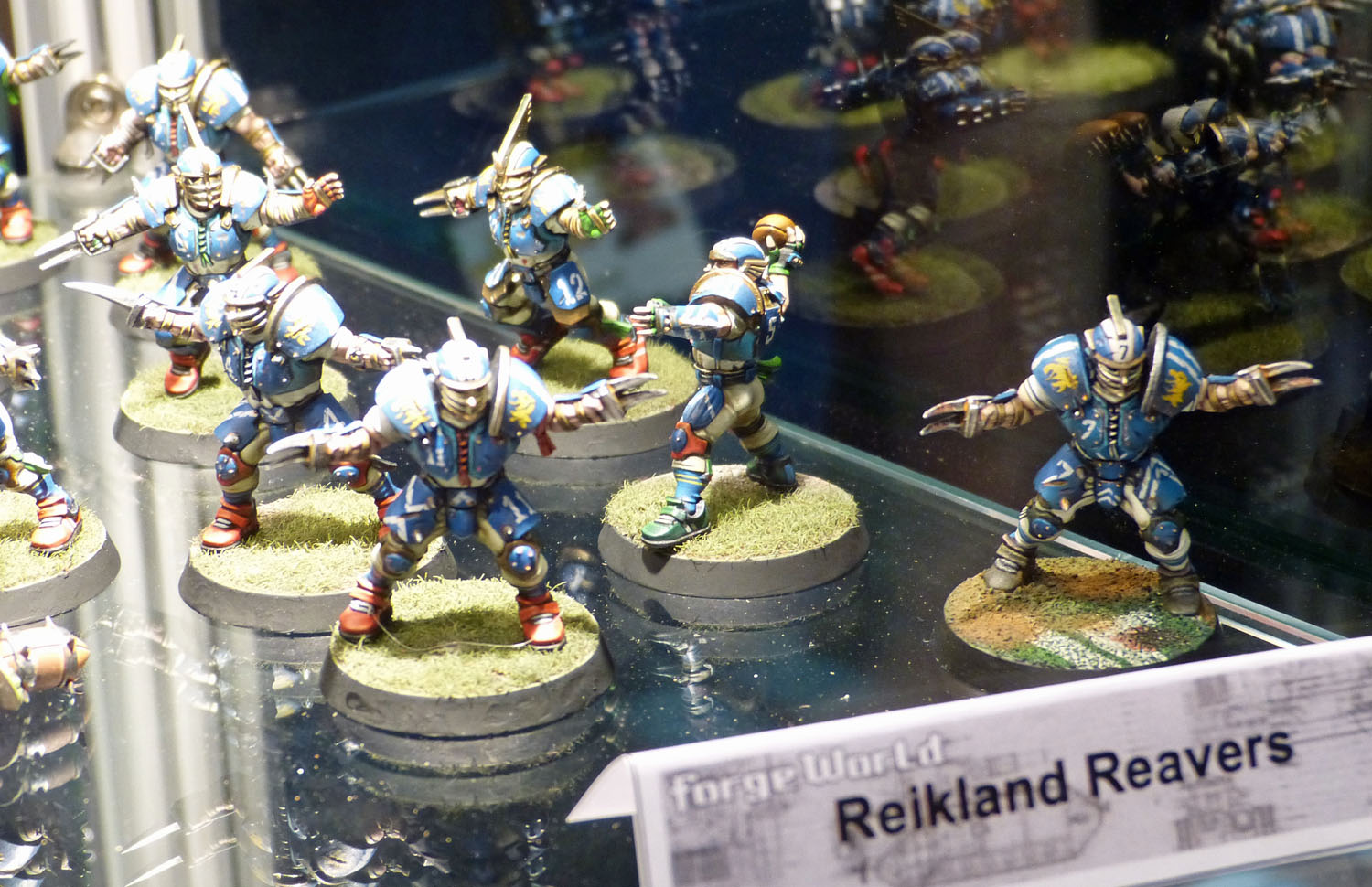 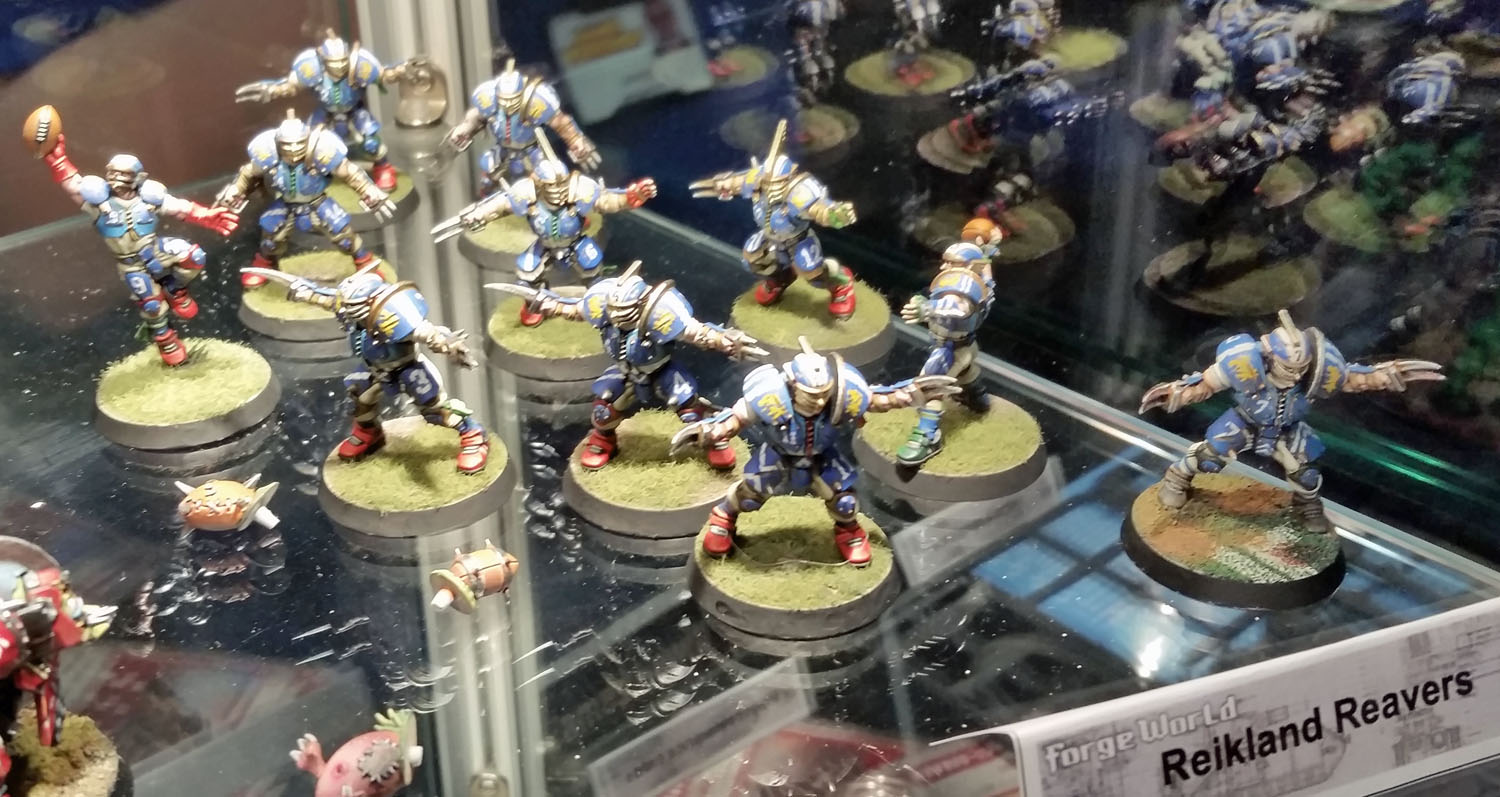 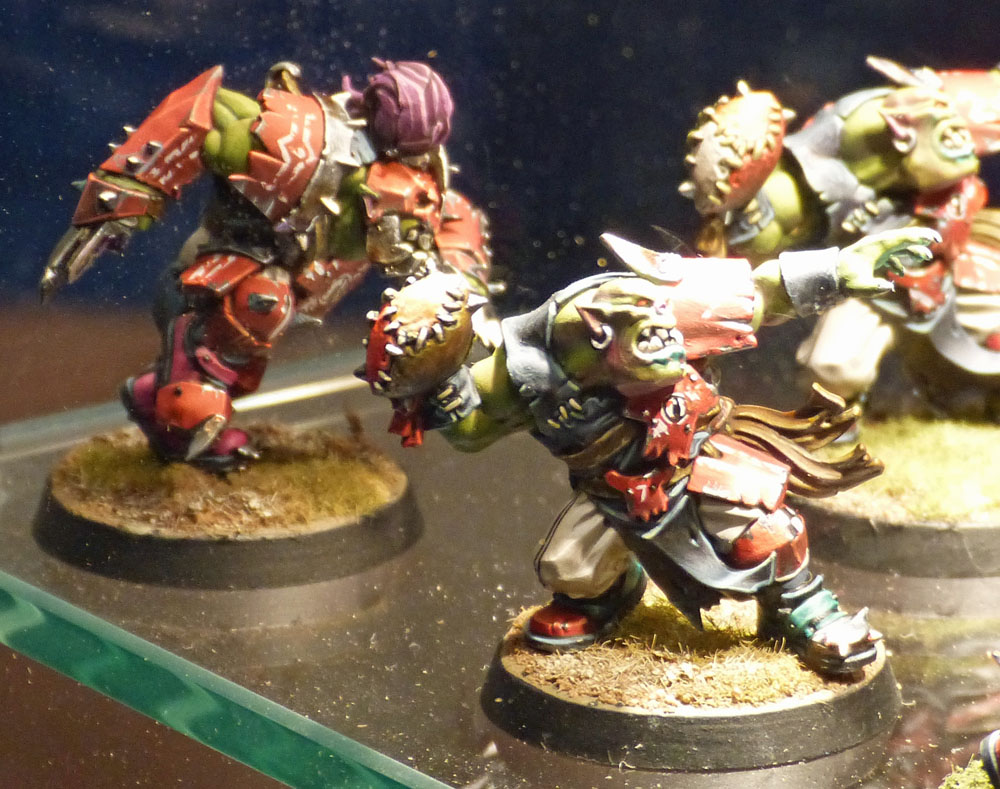 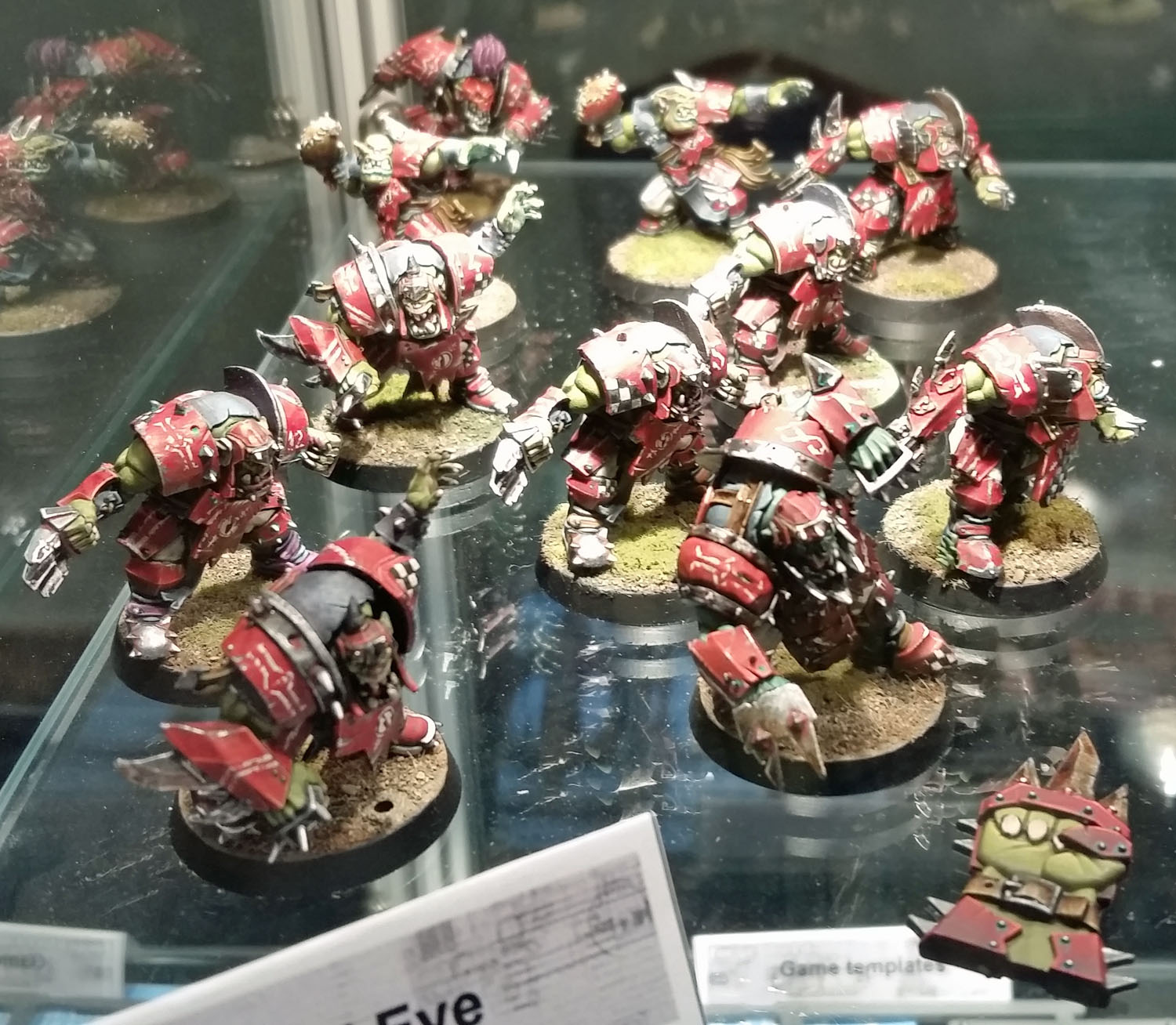 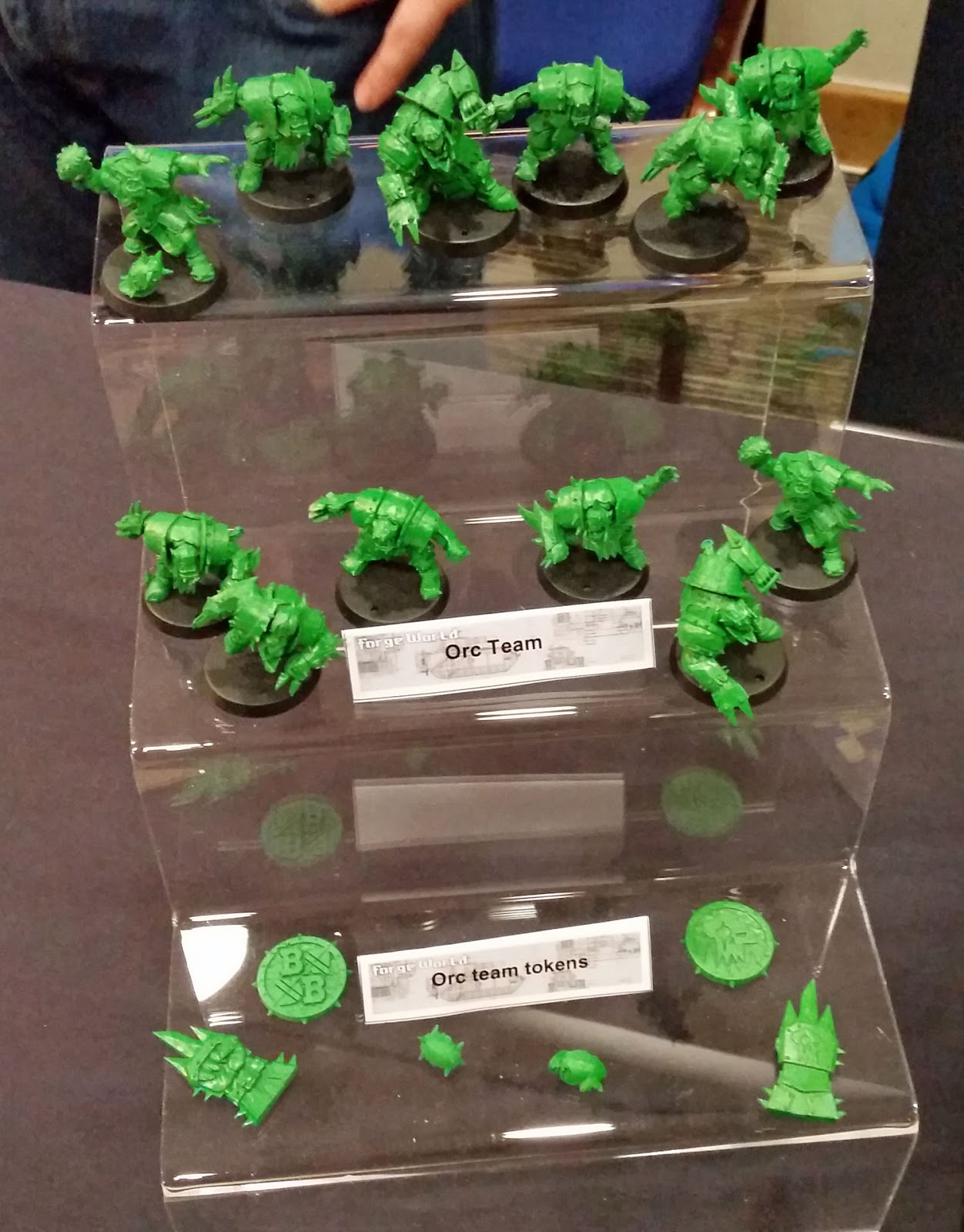 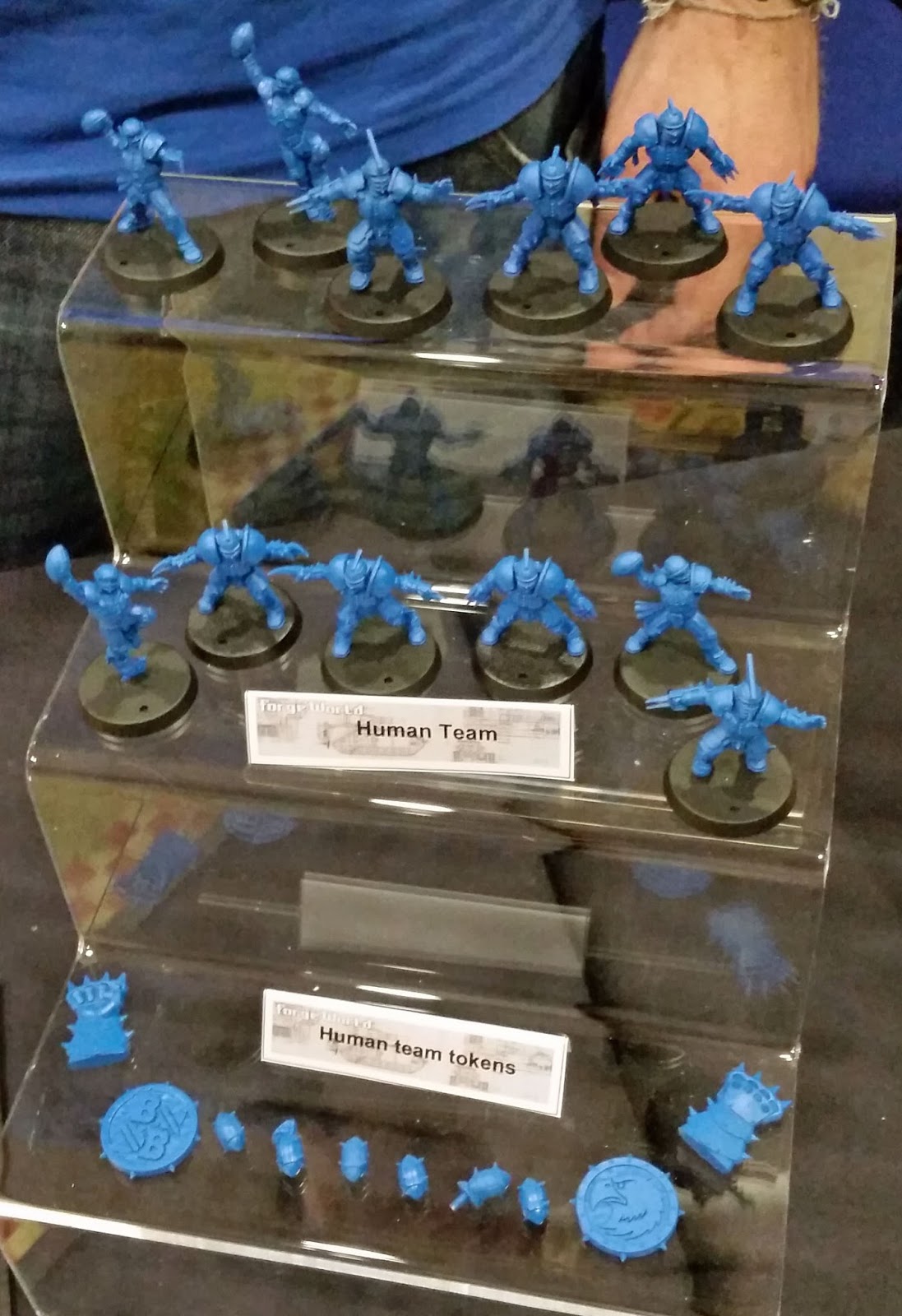 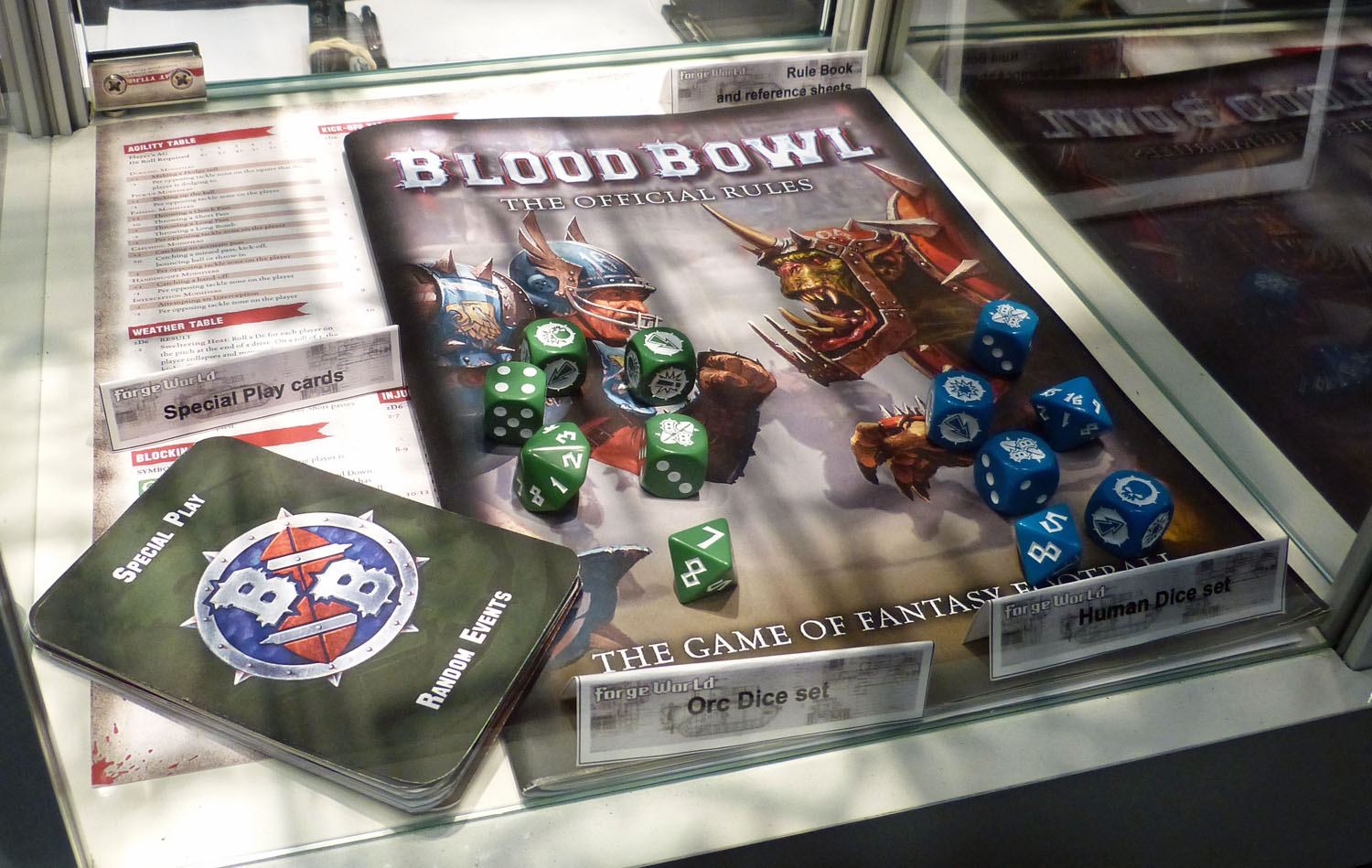 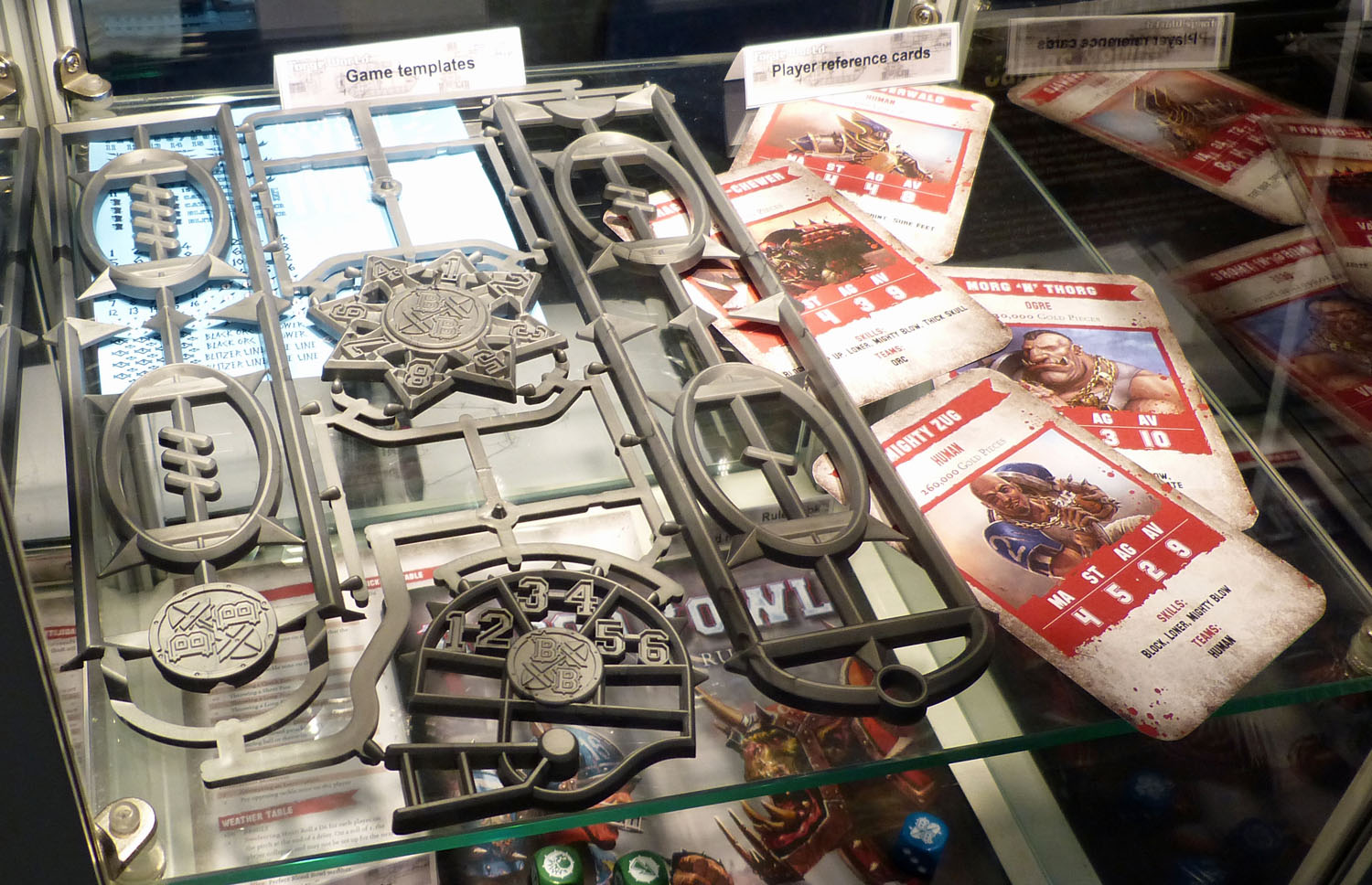 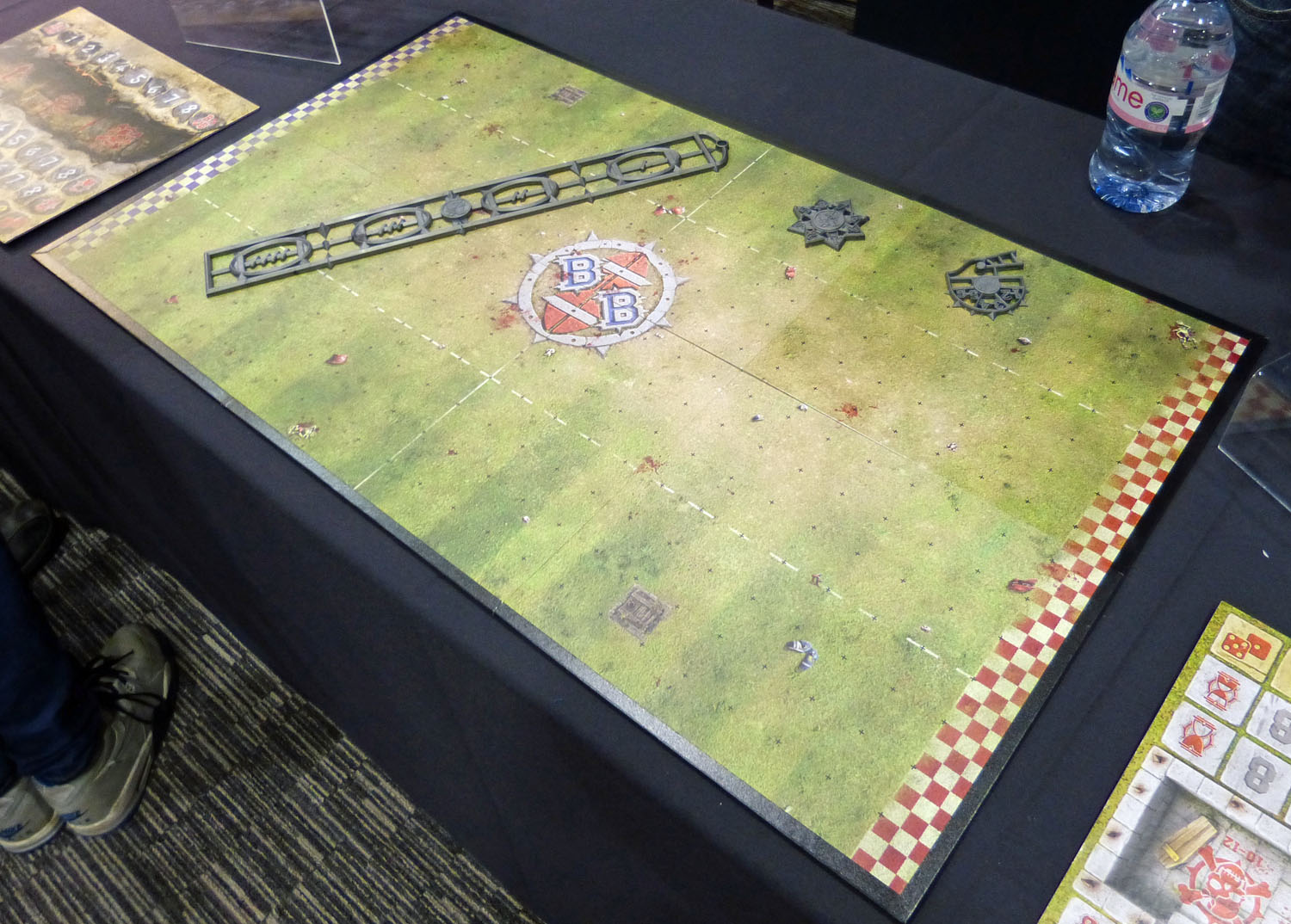 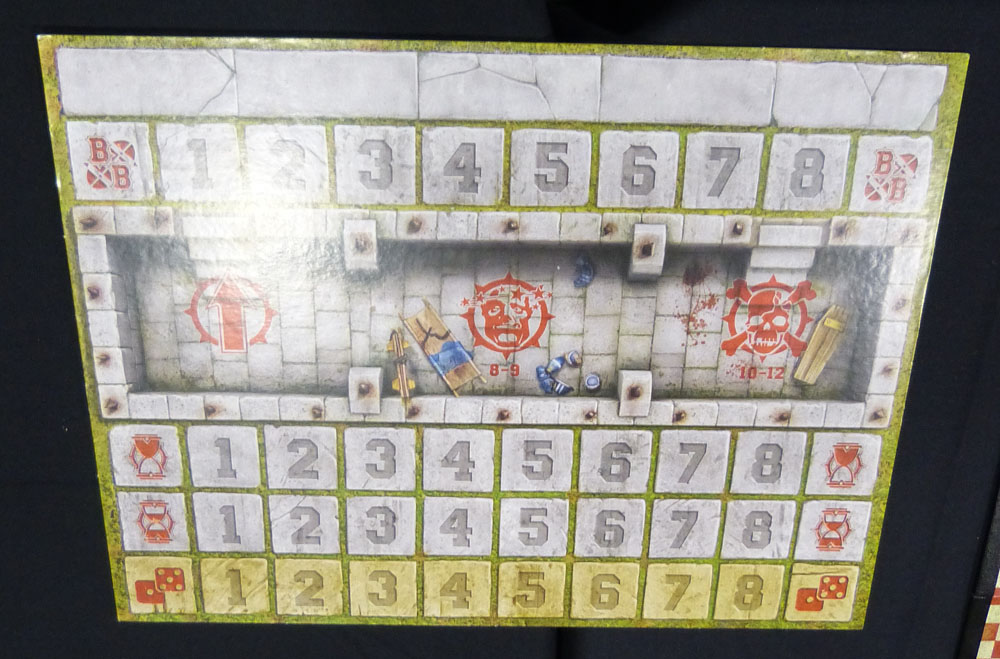 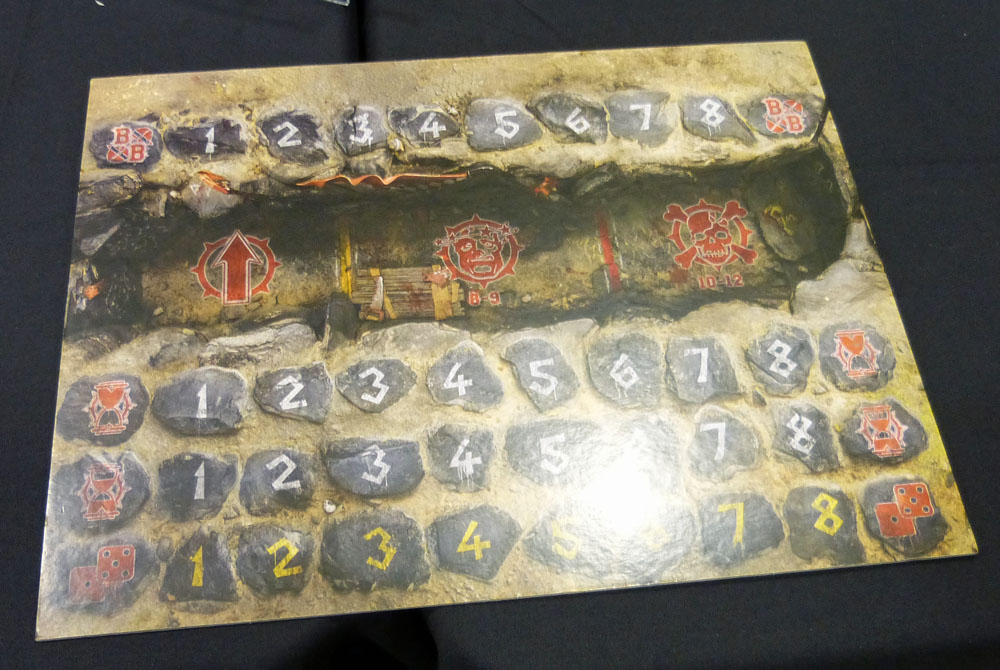 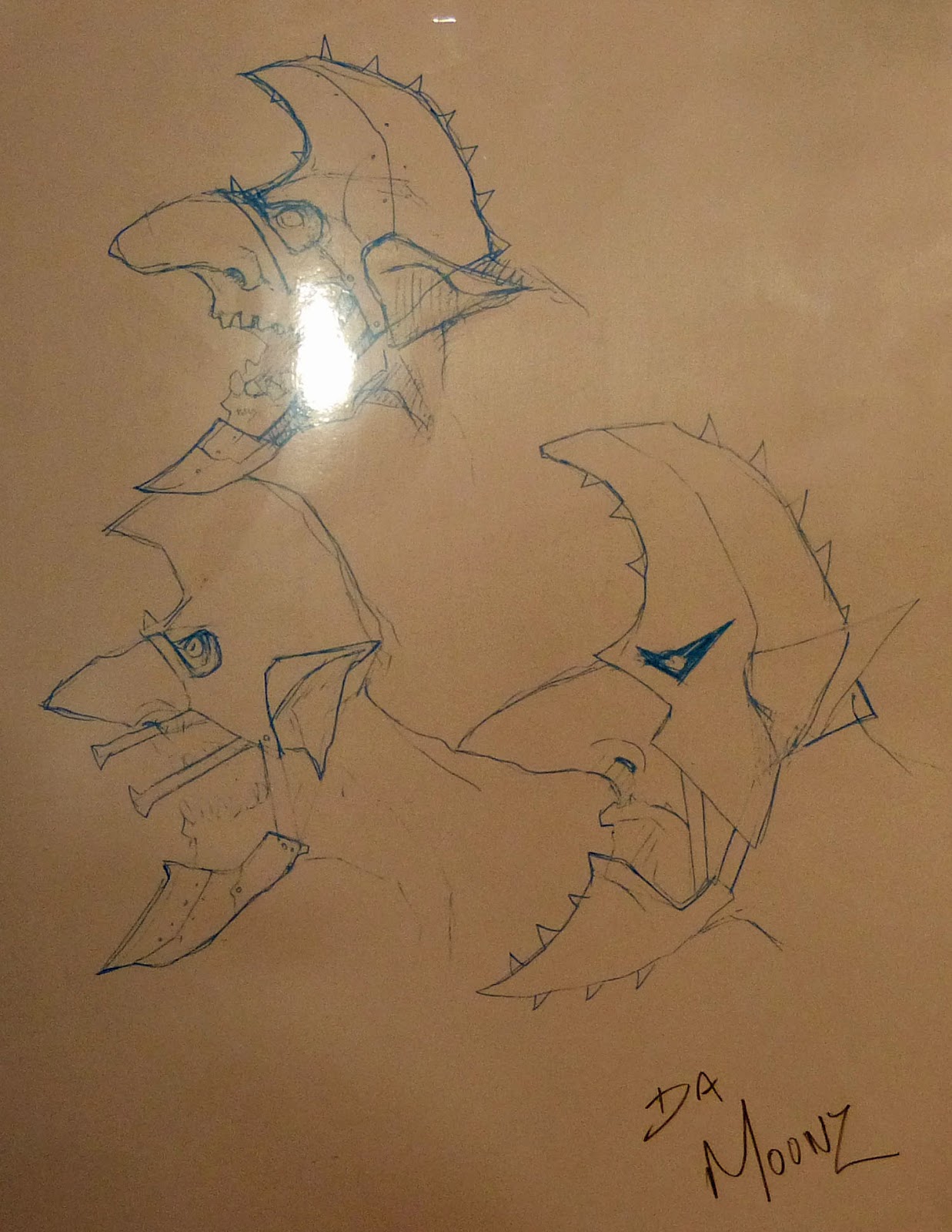 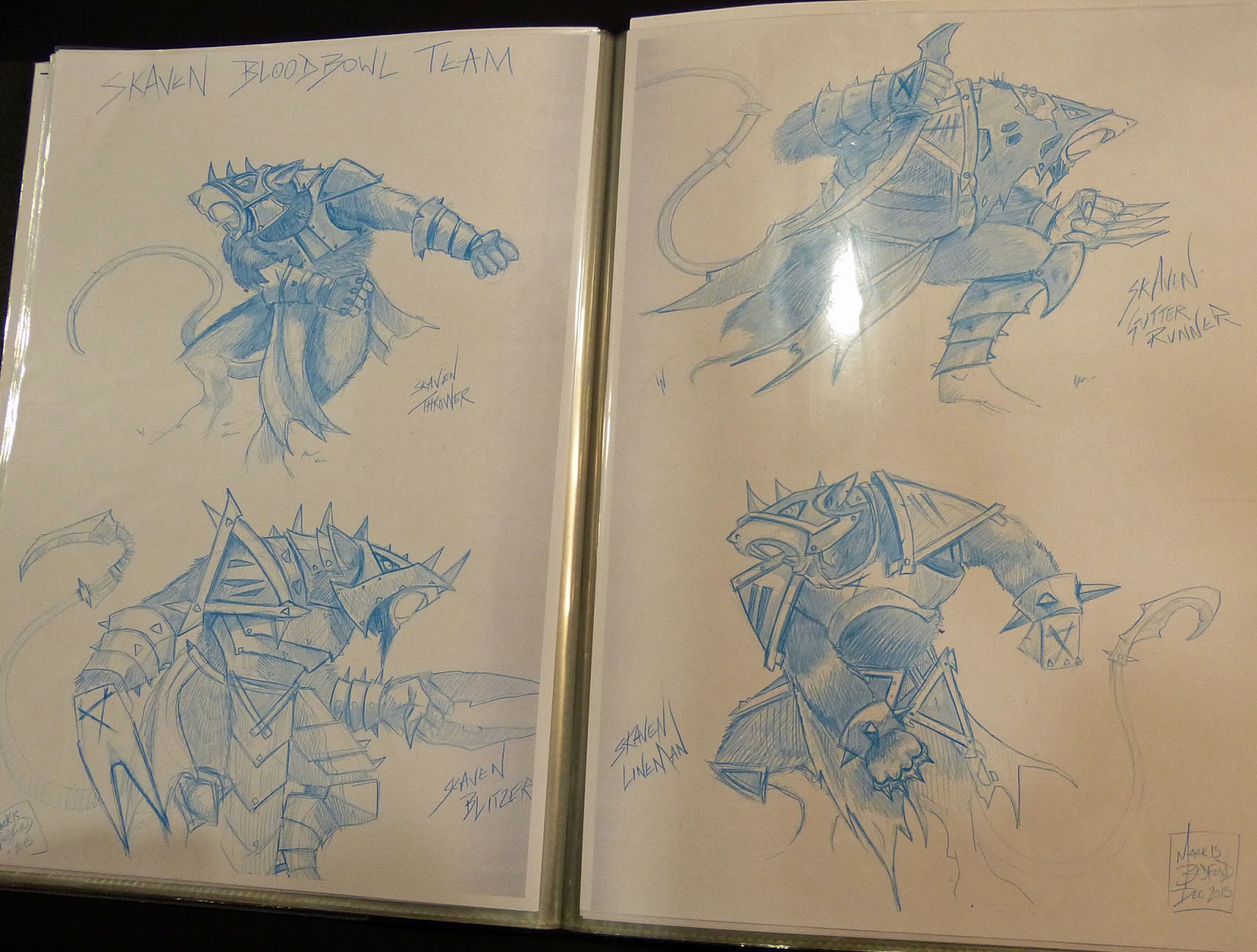 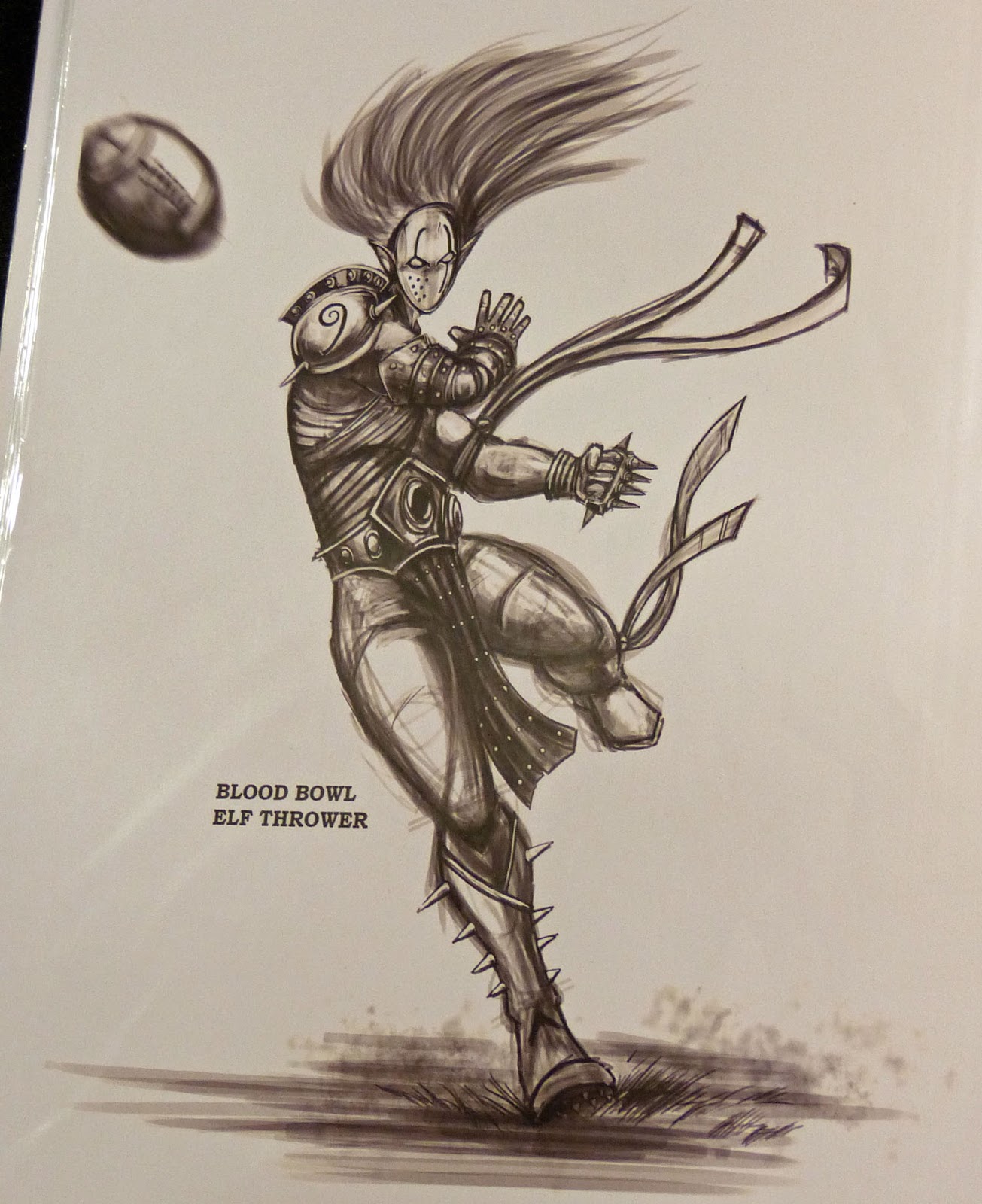 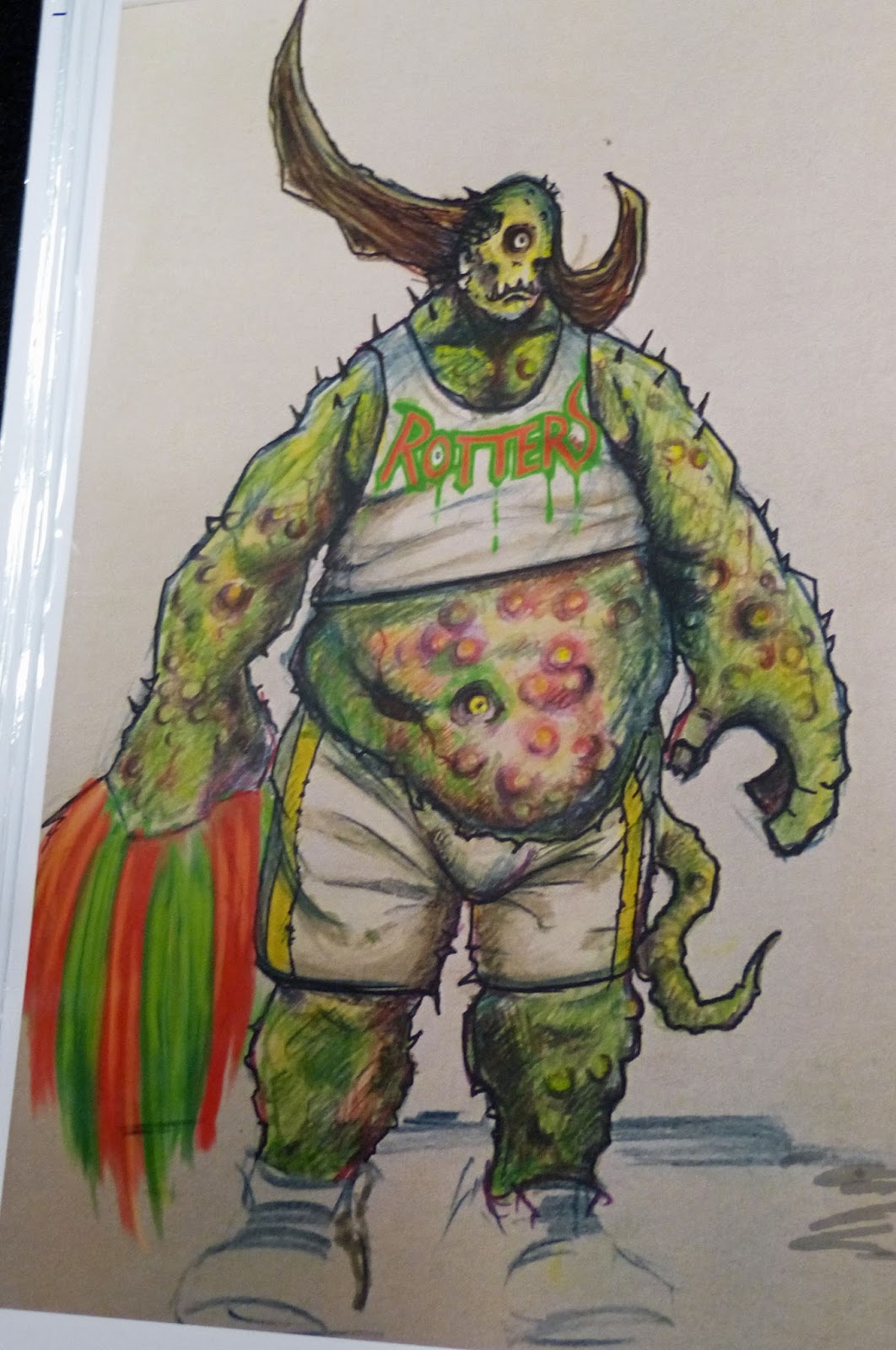 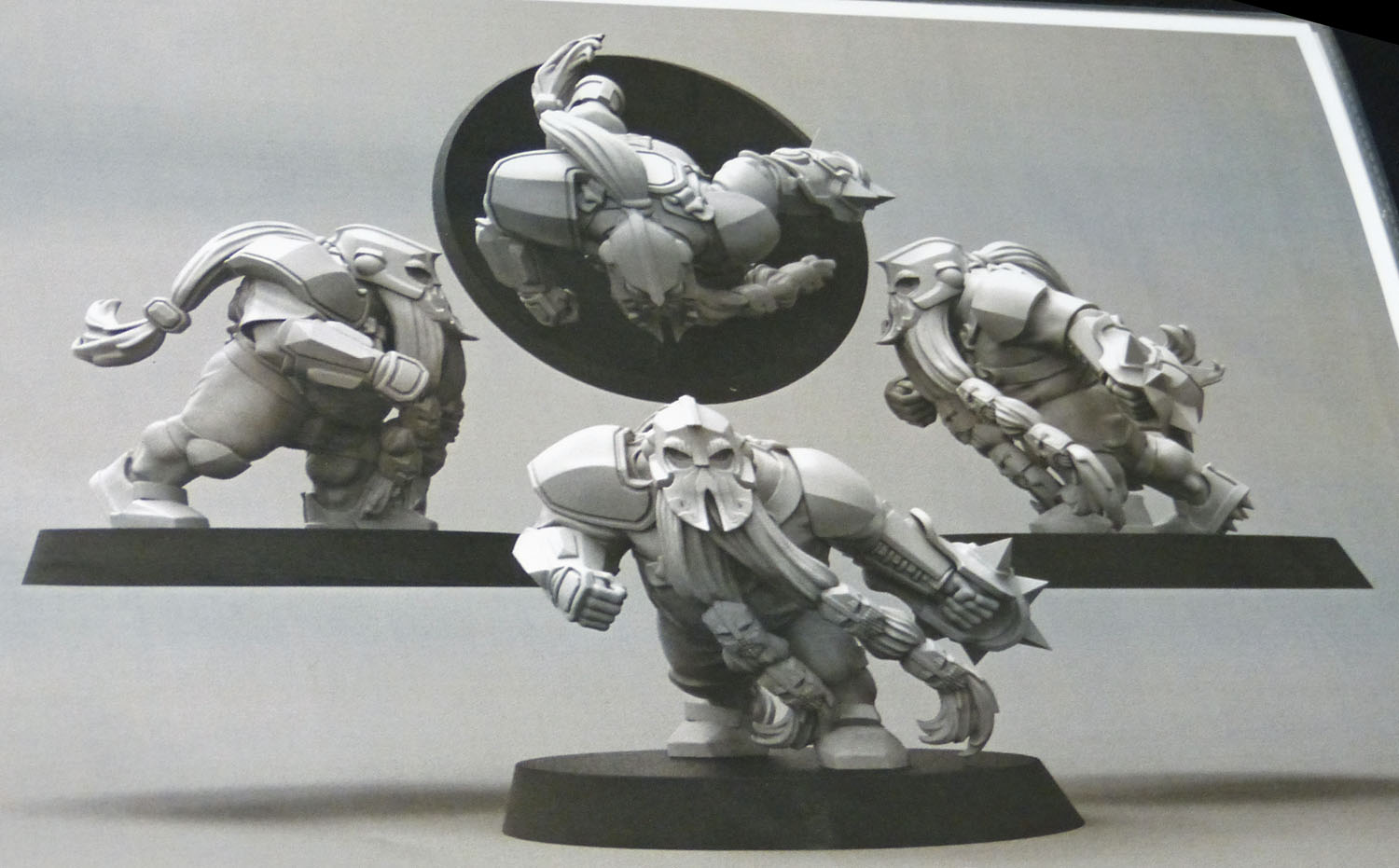 ~It says they plan on moving this up to the end of the year.  Specialist Games is off to a running start!